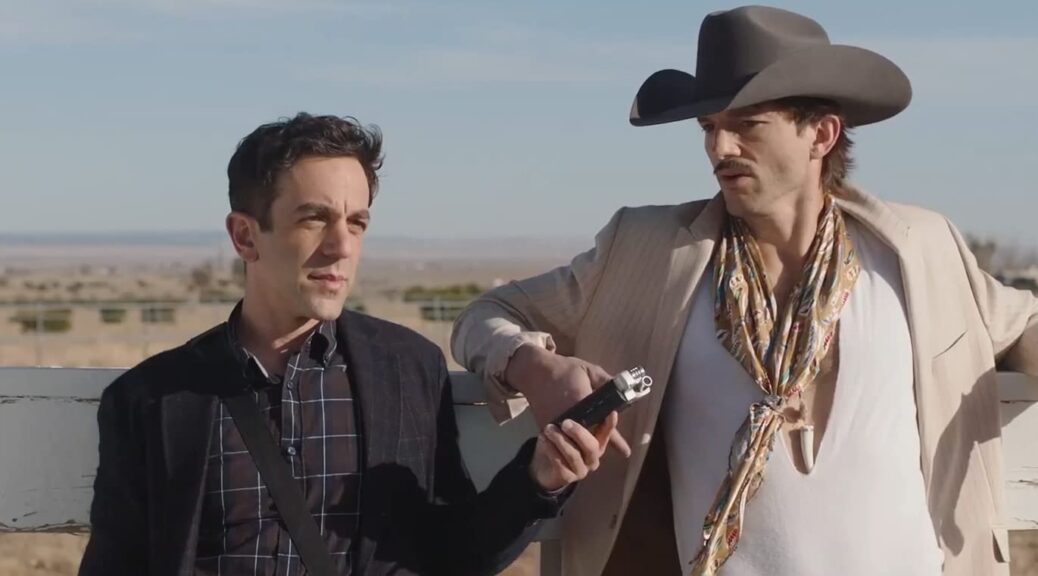 As you may have noticed, we’re living in extraordinary times. So when we’re looking back decades from now, what film commentaries will separate themselves as the most insightful of the day?

In the words of Sammy Hagar, only time will tell what stands the test of time. But there are two releasing just this week that seem like good bets to at least make the team picture.

Quinn Shephard’s Not Okay takes some satirical daggers to the social media age, while Vengeance broadens the focus for a lightly comical mystery with some hot button issues on its mind.

It’s the feature debut as writer and director for familiar face B. J. Novak, and it instantly marks him as a smart, sly, and entertaining storyteller.

Novak (Saving Mr. Banks, Inglourious Basterds, TV’s The Office) also stars as Ben, a writer for the New Yorker who wants to be more. He wants to be a “voice.” Fate steps in when he’s lured to West Texas after the fatal opioid overdose of his occasional hookup Abilene (Crazy, Stupid, Love‘s Lio Tipton). Abi may have been little more than a fling, but Abi’s family thinks she and Ben were a longtime committed couple.

Early on, Novak gets laughs from throwing a “hundred percent, hundred percent” New York hipster into the home of an eccentrically red state brood who will teach him many things about Texas, including what makes Whataburger so great.

But as Ben starts piecing together Abi’s last days, and glimpsing her dreams of stardom with a local record producer (Ashton Kutcher, understated and better than he’s ever been), Novak begins weaving some impressive and resonant layers.

Speeches are made and then refuted. Stereotypes are outlined and defended, only to be punctured as Novak and Ben dig deeper, searching for the heart of a “new American reality” that took shape when truth became unacceptable.

From podcasts, conspiracy theories and hot takes to the ideological divide between coastal elites and country bumpkins, Vengeance sure feels like an authentic national portrait.

It’s also a funny and entertaining mystery caper, self-effacing but not afraid to wander into some dark places, with a social conscience that Novak reveals in organic and endearing ways. We are more just the record of ourselves in and around new media, and our evolving societal challenges deserve more than convenient cop-outs.

Sounds like a good start to Novak’s transition into filmmaking. 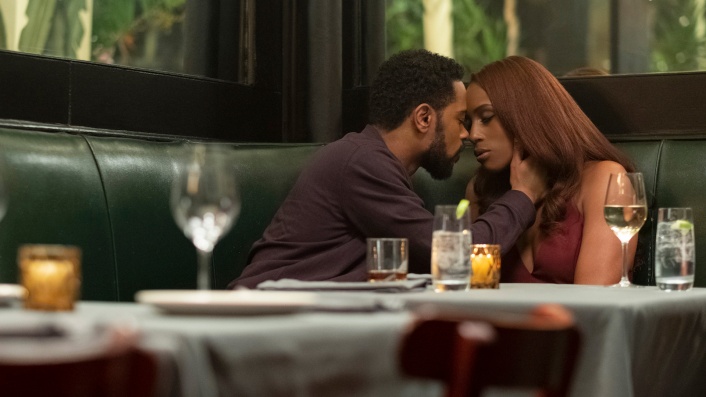 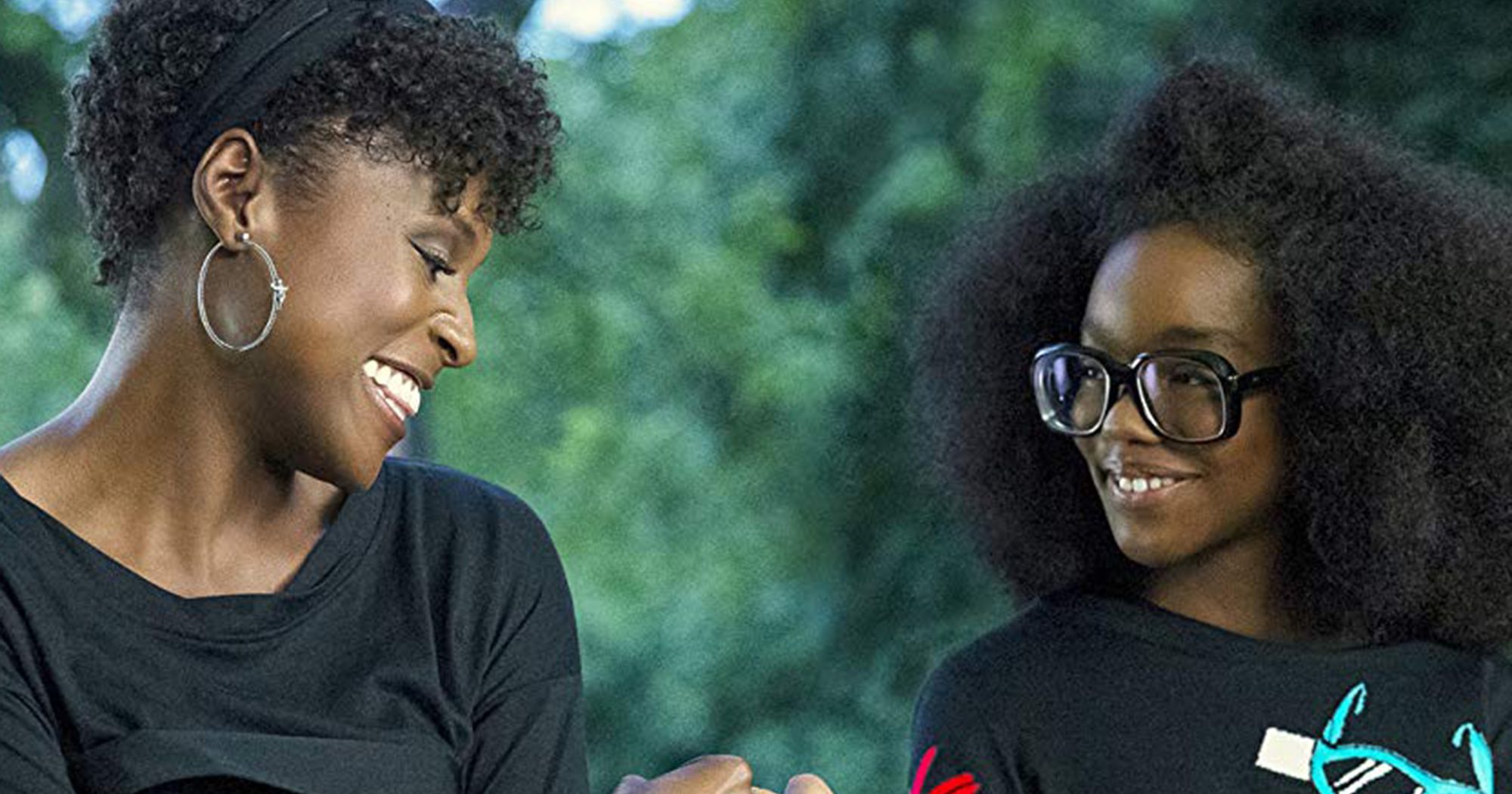 Based on a concept by 14 year-old executive producer and star Marsai Martin (Black-ish), the comeuppance comedy Little flips the script on the Tom Hanks Eighties adventure in manhood, Big.

We open with Martin as Jordan Sanders at 13, a science nerd who takes a chance at the talent show to win over the Windsor Middle School student body. When she fails, she pins her dreams on one day being an adult who bullies everyone else before they can bully her.

Flash forward 25 years. Jordan (now Regina Hall) is a monster boss, terrorizing the developers at her tech firm and making life especially miserable for her assistant, April (Insecure‘s Issa Rae). Can some carbs and a little magic return Jordan to her adolescent form so she can unlearn the lesson that sent her life in the wrong direction?

It’s a slight story, penned from Martin’s idea by director Tina Gordon and co-writer Tracy Oliver (Girls Trip). The two choose not to represent bullying as anything other than a fact of life to be tolerated, but they do layer in some silly fun and spots of surprising humor, mainly thanks to the strength of the two leads.

Rae charms throughout the film. Her smile and energy shine, and she offers natural chemistry with both adult and teen versions of her boss. Rae brings a reluctant but earnest sense of compassion to the role, and her comic timing is spot on.

Martin is the film’s real star. She carries scenes with a clever knack for portraying an adult brain inside a child’s form. The physical performance amuses, but it’s really the way she delivers sly lines with a saucy look or toss of the head that brings a chuckle.

It would be tough for this film to be more predictable, but several side characters—a social services agent (Rachel Dracht) and dreamy 7th grade teacher (Justin Hartley) work wonders with their odd characters and limited screen time.

The plotting is pretty sloppy and at no point does the comedy draw more than a chuckle, but Little is an amusing if forgettable waste of time. Martin is someone to remember, though.