When is a time travel movie not really about time travel? When it’s Safety Not Guaranteed, a love letter to the geeks, nerds and outcasts who were nice and all, but just a little too weird to hang with the cool kids.

Aubrey Plaza (April on TV’s Parks and Recreation) gets a breakout film role as Darius, a bored intern for a Seattle magazine. When staff reporter Jeff (Jake M. Johnson from TV’s New Girl) sees a classified ad seeking a partner in time travel, he takes Darius and fellow intern Arnau (Karan Soni) on a journey to find the ad’s author and get his story.

The movie is based on a real classified ad, placed as a joke in 1997 (by a man who appears briefly in the film). It works best once Darius gains the trust of the curious Kenneth (Mark Duplass), who’s planning a trip back to 2001, and not for the reason you think.

Duplass, a veteran “mumblecore” filmmaker/actor, gives Kenneth a depth that resonates, and Plaza delivers a star-making performance that takes Darius from condescending hipster to caring human being with nary a false note. Their scenes together are never less than touching.

Director Colin Trevorrow and writer Derek Connolly both make stellar debuts. Their first feature is more about seizing the possibilities of the present than about erasing the mistakes of the past, and they infuse it with heart, soul and wit.  (i.e. “She needs to go back in time and kill whoever gave her that haircut.”)

Don’t expect dazzling time-travel wizardry, or you’ll be disappointed. Or maybe you won’t, as the charming Safety Not Guaranteed is bound to win you over.

If you enjoy Safety Not Guaranteed, have a look at 2007’s Spanish import Timecrimes. Like Safety, this film’s most appealing element is its deceptively un-SciFi setting. The offbeat time travel mind bender never actually leaves a single neighborhood, taking a borderline comic approach – think Groundhog Day – to pique tension and engage viewers so that, when the film turns dark, the human aspect of the story goes unforgotten.

Hooray – Moonrise Kingdom is now available on DVD and BluRay and other assorted whatnot, allowing you to watch it in your own home. So, by all means, do that!

In the dreamlike world of Wes Anderson’s seventh feature, simple scenes are woven together into a funny, rich love story that captivates from start to finish.

Admittedly, director/co-writer Anderson can be an acquired taste. Deliberately quirky and full of droll humor, his films have fluctuated from deep and meaningful (Rushmore, The Royal Tenenbaums) to groundless and uneven (The Darjeeling Limited). Moonrise Kingdom is perhaps his most complete to date.

Set in an island town off the New England coast in 1965, it follows youngsters Sam and Suzy, kindred spirits who look to each other for comfort as they navigate the minefield that is puberty.

The script is an endearing and never-condescending tribute to adolescence, not only a celebration of it but also a subtle yearning for innocence lost. The direction, production design, cinematography, cast, music—you name it—are all impeccable. Together, they render Moonrise Kingdom downright poetic, and easily one of the best films of the year.

Make it a double feature with an underseen, early Anderson gem, Bottle Rocket. Anderson’s first film as director, working from a script he co-wrote with star Owen Wilson, is an endearing, off kilter heist comedy that ranks among the best films Owen Wilson, his brother Luke, or even Anderson has ever made. 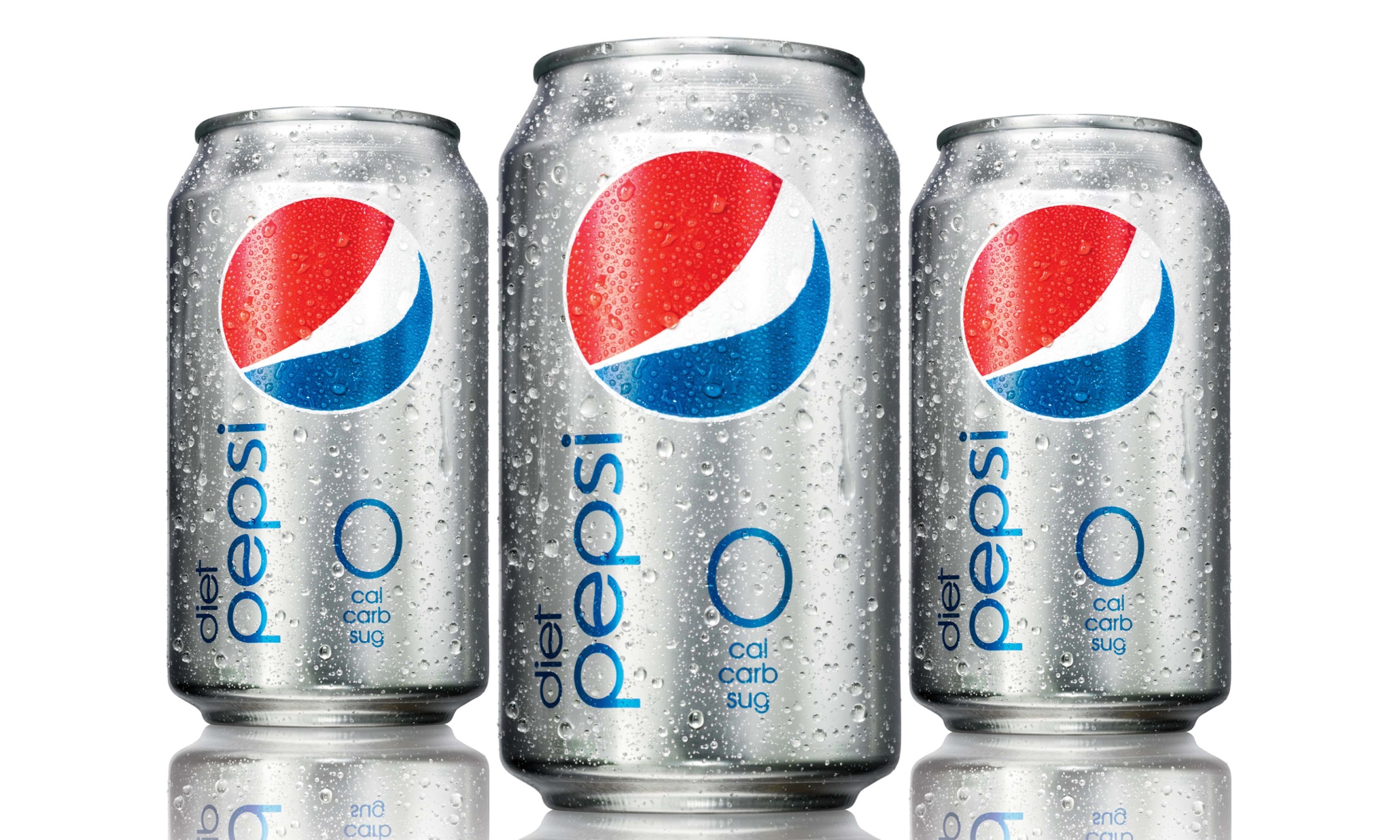 With the help of my determined husband George and an orthotic boot, I once got to meet Duran Duran. If you’ve met me, you no doubt know that. It’s not like I keep it a secret. And if I hadn’t been a gimp, it couldn’t have happened.

My routinely broken bones get me into stuff, and they get me out of stuff. Like manual labor. So I hate to look a gift horse in the mouth, but seriously, I should not break this easily. I’ve had eight confirmed fractures in my adult life. Seeing as I am not a stunt driver, this strikes me as excessive.

Given that my tendency to snap bone goes back to grade school, it doesn’t seem like an age related bone loss issue. I take in lots of calcium and vitamin D, I exercise, blah blah blah. I am clumsy, I’ll give you that, but still, 8 is a high number.

So I discovered via paranoid web sleuthing that cola leeches minerals from your bones.  But the expert says an average human intake of about 3 colas a month should not put you at risk.

The average human takes in 3 servings of cola in a month? One every ten days? That’s impossible. That’s like saying the average height for a woman is 5’4”.

It just cannot be, because that would make me some kind of freak.

Let me walk you through my habit.

I pound two or three 16-oz bottles of Diet Pepsi each morning. Then I eat at Chipotle, loading up on at least four refills of my medium beverage. Yes, I could splurge on a large, but refills cost nothing and I sit close to the soda fountain for convenience. Saves me like a dime, although it does nothing at all for my dignity.

If I eat out and go see a movie – I’m a film critic, so the likelihood here is higher than average – I could conceivably consume in excess of 200 ozs in an evening.

Which makes me a pig, and likely an addict. Let me articulate. Recently, the pop machine on my floor ran out of Diet Pepsi (can’t imagine who went through it all). I made the short trek to the deli on the first floor. I was horrified to see their vending machines unplugged and pushed to the other side of the room. Bob’s Deli was retiling its floor. It was like a bad dream.

I ran back up to the fourth floor, slowly, lumberingly, with legs of caffeine-depleted lead. I limped in a rage back to my office, then remember something important.

My son Riley, who spent the summer doing odd jobs no one else at my office wanted, used to roam the building looking for some kind of adventure. What he found were vending machines, including one mystical, magical pop machine that dispensed beverages for a quarter. A quarter!

I called him. In school. It’s a disease, people.

He told me the magic pop machine is on the 9th floor.

I go. I wander the halls of Floor 9 looking for the right business.

And then I spy it, glowing like a refreshment beacon. Relief is mine – or is it? Hold the phone.

They’re out of diet pop!

Moderation being an alleged virtue – and sugar substitutes being an alleged toxin – I understand that I need to gain control over my problem. I can’t just have bones snapping and popping every time I fall down some stairs because, you know what? I’m uncoordinated. It’s going to happen. So I’m weaning.

If , unlike us, you have room in your Netflix queue, here’s the first of some weekly suggestions for worthwhile choices you may have missed.

Last week, a fascinating but underseen indy flick about cult leaders, time travel, under cover reporting and faith was released to DVD. Sound of My Voice takes those well-worn paths of melodrama and exploitation, and bends them to its will, creating a hushed and fascinating story like little else you’ve seen.

Relying on the inventive storytelling of director Zal Batmanglij and the mesmerizing performance of his lead and co-writer, Brit Marling, the movie quietly grabs your interest and never lets go. Marling is a talent to watch, a fact established in this, only her second film.

Cleverly written to generate tensions and keep you guessing, Voice challenges your imagination as it solidifies Marling’s standing as an artist with a promising future.

For more of Marling, you may also want to check out Another Earth, her engaging sci-fi flick from last year. Also working with a screenplay she co-wrote, Marling captivates as a young woman whose life is altered in various ways by the discovery of a “duplicate” Earth.

The production values are stripped down, but the thought- provoking script and Marling’s performance make it worth a look.