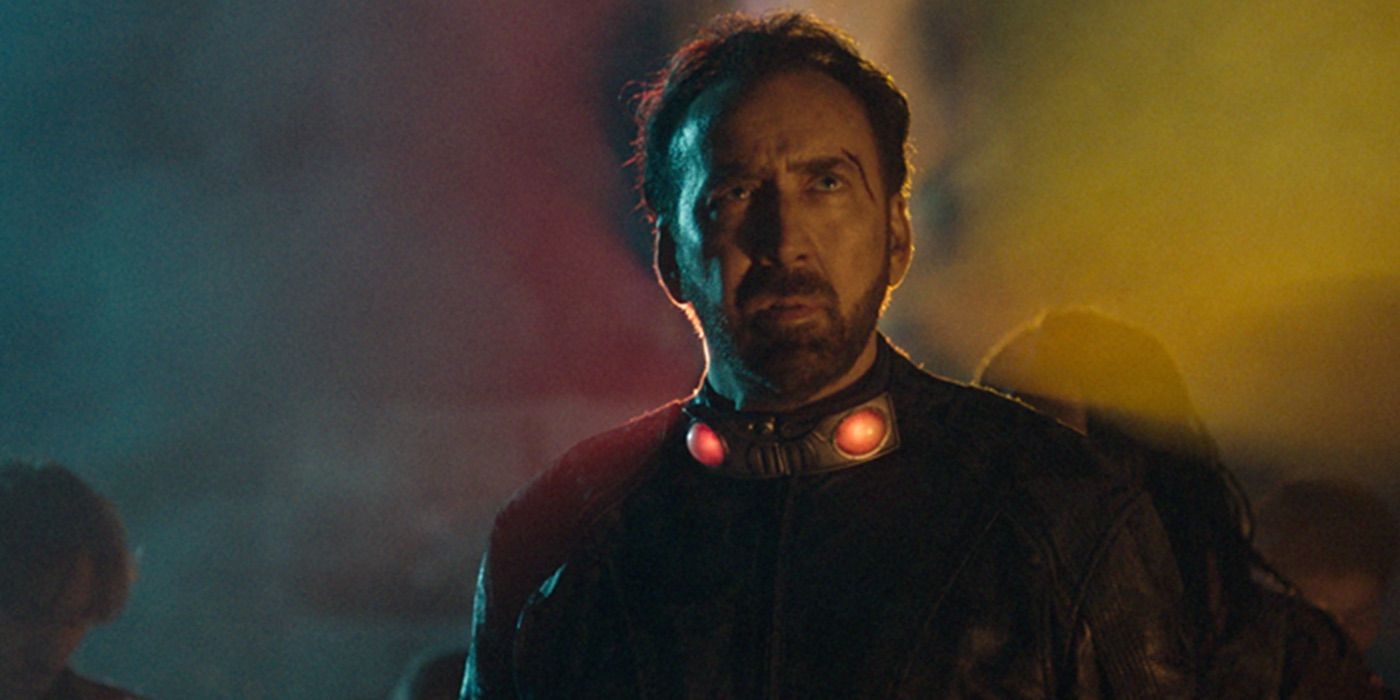 Prisoners of the Ghostland

Nicolas Cage referred to Sion Sono’s Prisoners of the Ghostland as possibly the wildest film he’s ever been in.

Wilder than Wild at Heart?

Wilder than – I mean, it’s a long list. We’re talking about Nicolas Cage here. But Sono (Suicide Club, Antiporno, Tokyo Vampire Hotel, Why Don’t You Play in Hell, among others) is no slouch in the wild department. So, it would seem that he and Cage make a suitable match.

Sono’s tale pits dastardly bank thief and all around nogoodnik Hero (Cage) against the clock, testicular bombs, and marauding trucker ghosts. Why? To return The Mayor’s (Bill Moseley) beloved granddaughter Bernice (Sofia Boutella) back to him.

If that sounds simple enough —and it probably does not— the film’s even more unusual than the synopsis suggests. Prisoners of the Ghostland delivers a samurai cyberpunk musical Western dystopian neo-noir with flourishes reminiscent of Mad Max and Mulan Rouge.

I wish that mashup worked better.

The Mayor rules Samurai Town, a garish din of debauchery, color and indulgence. Here Sono delivers bold and bizarre visuals. He runs with the idea that the samurai and the cowboy are essentially, cinematically, the same beast.

Bernice is held in Ghostland, all ash and cinder populated as much by mannequins as humans. Haunting imagery here as well, though less of it unique, marrying Western to dystopic fantasy. Plus the Greek chorus.

Compared to Sono’s madcap antics, Cage is almost subdued. Does he ride naked on a child’s bike? Grapple with toxic mutant monsters? Sing? He does! It’s just that Sono’s vision is wilder still.

The filmmaker’s aesthetic is jarring, disjointed, overwhelming, frenetic, sometimes stupid, other times glorious, and never less than mad. The fact that he tries to tie it all together neatly at the end may be Prisoners of the Ghostland’s biggest drawback.

The underlying story is of trafficked women taking control of their lives and bodies, though the fact that Boutella is essentially voiceless and in need of saving speaks louder about the film’s themes. She does a solid job in a thankless role, as does everyone in the densely populated ensemble.

It’s bananas It doesn’t entirely work – sometimes it doesn’t work at all — but it is a bold mess that commands attention.

The settlement in writer/director Wyatt Rockefeller’s feature debut may be on Mars, but it’s his measured treatment of the colony’s constant dangers that allow the story to transcend any specific time and place.

Ilsa (Sofia Boutella), Reza (Jonny Lee Miller) and young Remmy (The Florida Project’s Brooklynn Prince) appear to be the only family on a barren Martian settlement, but then they wake to a giant “LEAVE” written on their front window and the questions begin to stack up.

Why is Jerry (Ismael Cruz Cordova) staking a claim to their place? What happened to all the other colonists, and how many others are out there lurking, maybe plotting to attack?

And what caused them all to leave Earth in the first place?

Rockefeller is not at all interested in easy answers, instead employing some first-rate performances and stellar production design to evoke a more universal statement on human nature, and more specifically, the often desperate and consistently overlooked role of women in nation building.

It’s a theme given an effective horror treatment in The Wind three years ago, and while the science fiction elements in Settlers are well-played, they’re also subtle enough to never upstage the character studies at work.

We see the first two acts of the film through young Remmy’s eyes, carefully observing the adults around her and making friends with a dog-like robot she calls “Steve.” Prince delivers a wonderfully tender performance, enabling us to feel Remmy sizing up her future choices with each passing day.

The film’s final act jumps ahead ten years, when a now teenage Remmy (the awesomely named Nell Tiger Free from GoT) is nearing the day she’ll be forced to make those hard choices. Jerry has become an even bigger presence in her life, and Cordova flexes an impressive ability to keep you guessing about Jerry’s true nature until late in the game.

If you lean toward tidy endings wrapped in unmistakable red bows, you’ll find none of those in Settlers. You will find an engrossing tale careful to leave plenty of opportunities for filling in the blank spaces.

Follow where it leads, and you’ll glimpse a future that’s inviting you to rethink the past. And the present.

For a while, anyway, but if that’s all you’re expecting from Climax, you don’t know your Noe.

After a mysterious opening mix of bloody snow angels and claims of “true events,” Noe showcases audition interviews for a French dance troupe before jumping ahead to the group’s transfixing final rehearsal.

Selva (Sofia Boutella) and the crew are ready for the show, so now it’s time to let off some steam as only they can. DJ Daddy (Kiddy Smile), drop some beats!

“What is wrong with you all?”

He is also again wearing his heart on his screen, with a stacked movie collection directly calling out influences from Possession to Suspiria. But Climax is unforgettably a Noe vision, one of his most concise, streamlined and clearly inspired.

It is 97 minutes of can’t-look-away intensity, a bold experience that may leave you asking “what just happened?” while you look for a nice place to lie down.

But oh, those dreams you’ll be having. 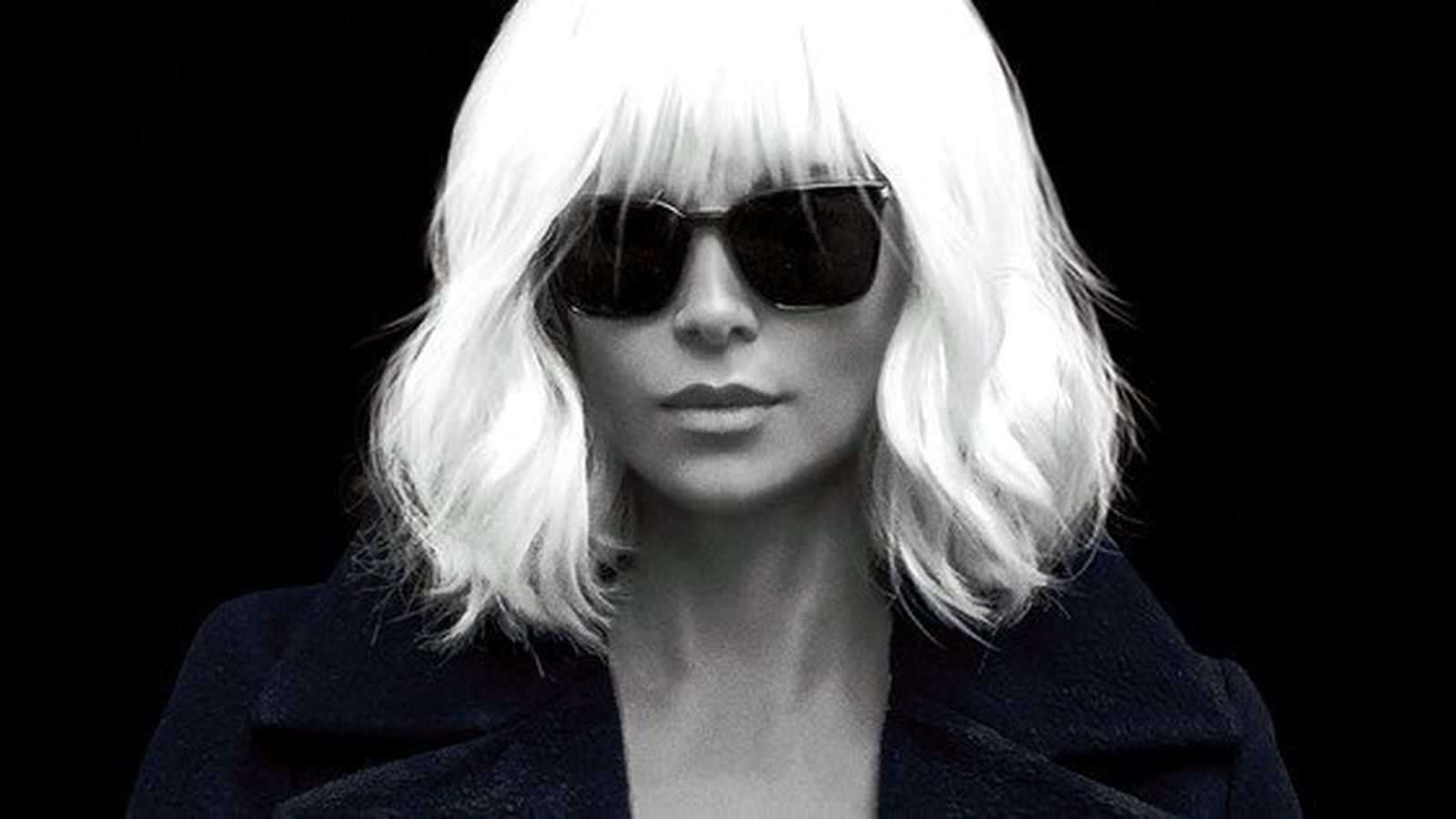