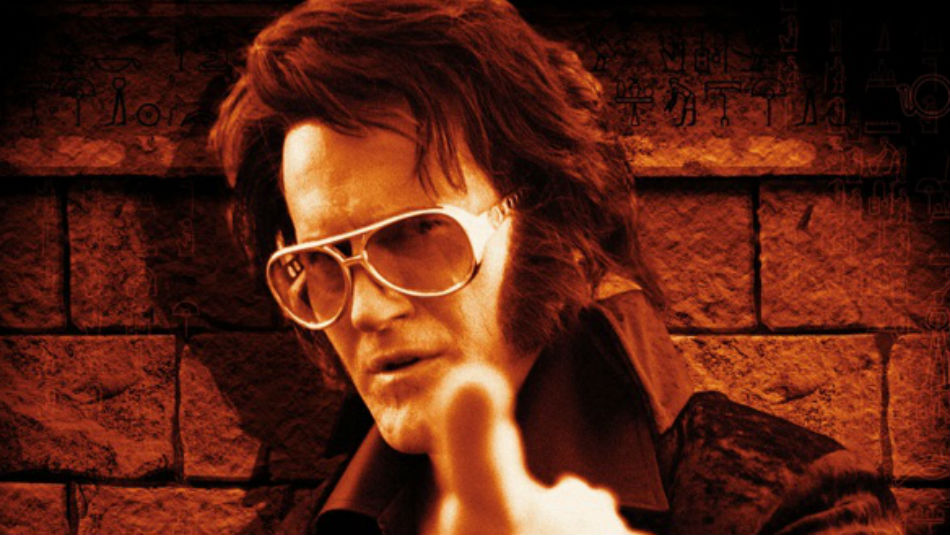 Horror filmmakers have long focused their preoccupations with mortality o the act of death itself, perhaps what happens afterward. But there are those whose real worry is quite the opposite – rather than leaving a beautiful young corpse, it’s the idea of the long, slow death of aging. Here are our favorite movies on the horrors of aging – but first, a little PSA on a movie of our own!

We also used our latest episode to announce our own movie!

After she gets an invite to a mysterious pro-am obstacle course race, unprepared teen Sunny enters with her goofy best friend, Ezra, in a last-chance shot at proving herself to her survivalist dad. But when bloody bedlam breaks out and the pros start murdering their “plus-ones,” Sunny must finally find her killer instinct before she and Ezra end up coming in dead last.

A fear of aging hangs over this film and story, but not simply of impending death but of the ravages of sin, guilt and shame. Due to some magical mystery, the beautiful young man never ages, although a painting of him not only shows his true age, it shows every ugly thing he’s ever done. As Gray stalks London indulging in debauchery, treachery and all things foul, his painting grows more and more grotesque.

We knew there would be a Dorian Gray somewhere in this list, but we’d originally planned to go with Oliver Parker’s 2009 film Dorian Gray starring Ben Barnes, Colin Firth and Rebecca Hall, mainly because it’s far more of a horror film than the 1945 film from Albert Lewin.

But upon rewatch, there was something so gorgeously unsettling in the way this film avoids specificity. That, and George Sanders, who was better at playing a cad than any actor of his time. Clearly the onscreen personification of source writer Oscar Wilde, Sanders gets all the best lines and delivers the film’s unnerving themes perfectly.

It was also pretty clear that we’d have to choose a vampire film for the list, as those tales are so very often about the lengths a body will go to fend off aging. It could have been Fright Night, it almost was The Hunger, but in the end we are lured by our favorite Countess Bathory tale, Harry Kümel’s languid classic Daughters of Darkness.

It’s a film about indulgence and drowsy lustfulness, and Delphine Seyrig is perfection as the Countess who drains others to keep her youth.

Seyrig’s performance lends the villain a tragic loveliness that makes her the most endearing figure in the film. Everybody else feels mildly unpleasant, a sinister bunch who seem to be hiding things. The husband, in particular, is a suspicious figure, and a bit peculiar. Kind of a dick, really – and Bathory, for one, has no time for dicks.

Even though we just talked about this one when we covered librarians in horror, we couldn’t leave it off this list. The Ray Bradbury classic, penned for the screen by the author and directed by Jack Clayton (The Innocents), the movie uses notalgia to its benefit because its very purpose is to seduce those longing for their lost youth.

The movie’s greatest strength, though, is the casting of its true hero, Jason Robards as librarian Charles Halloway, and its villain, Jonathan Pryce as Mr. Dark. (The entire adult cast is amazing, actually.) These two veterans go toe to toe in one scene, where Mr. Dark’s evil and Halloway’s goodness are on full display. It’s the kind of scene talented actors must crave, and these to make the most of it.

Horror filmmakers look at aging in a very specific way. Brilliant movies like Natalie Erika James’s Relic and Bryan Bertino’s The Dark and the Wicked saw it through the eyes of those who are watching their own ugly future.

Adam Robitel’s Alzheimer’s horror does the same. Its horror is less muted, though, and it works as well as it does because of a fantastic performance from Jill Larson as the aging, vulnerable, terrifying Deborah.

Anne Ramsay is nearly her equal, playing Deborah’s daughter who allows a student documentary crew in to make a movie aimed at raising awareness around the disease. What they find is a sometimes clunky but never ineffective metaphor for watching the person who has loved you more than anyone on earth turn into a demon.

Who wants to see Bruce Campbell play Elvis Presley?! We do.

Director Don Coscarelli (Phantasm) brings Joe R. Lansdale’s short story to the screen to depict the horror and sadness of aging, although its done with such humor that the film is impossible not to love.

Elvis never died, he swapped places with an impersonator who died and ever since then he’s been stuck living someone else’s life. And now he’s been stuck in this low-rent old folks home where his only real friend is a guy who believes he’s JFK (Ossie Davis). Obviously, when they realize that the recent spate of patient deaths is due to a mummy sucking the life from people through their assholes, who’d believe these knuckleheads?

The script is great and Coscarelli knows exactly how to make the most of budgetary limitations. The entire cast soars, but Campbell and Davis have such incredible chemistry that the film delivers not just laughs, message, and some scares but genuine tenderness.