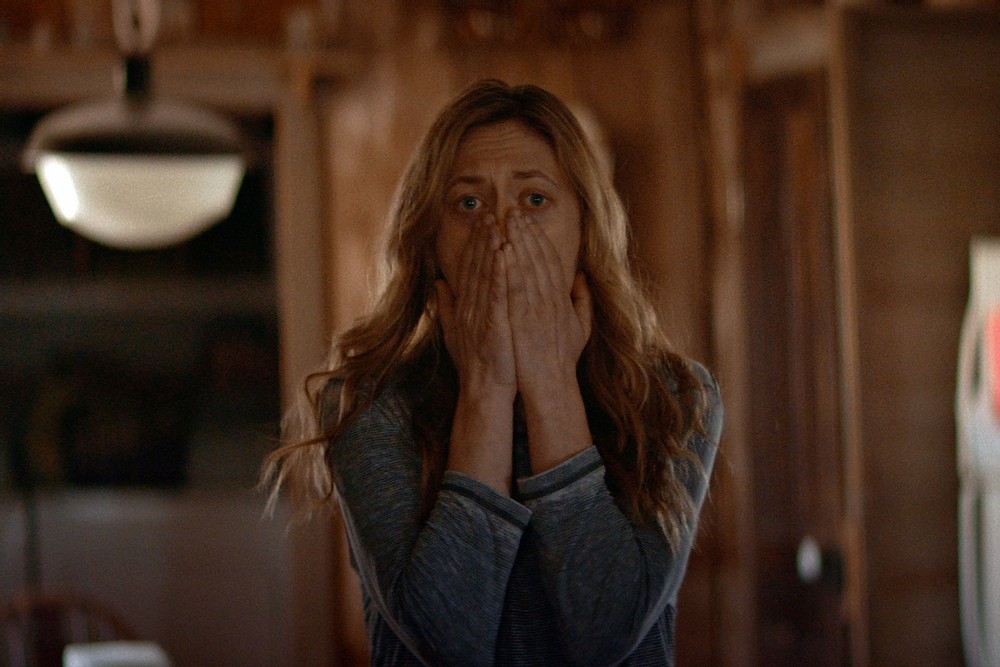 The Dark and the Wicked

I’ve been a Bryan Bertino fan since The Strangers because of course I have. How could I not be? That loyalty paid off in 2016 with the moving allegorical horror The Monster, and it rewards viewers again this weekend with the supernatural terror of The Dark and the Wicked.

A twisty old Southern Gothic that relies on practical effects and imagination, the film arrives somewhere in deeply rural America with Louise (a terrific Marin Ireland). She’s about a day behind her brother Michael (Michael Abbott Jr., The Death of Dick Long), back at home because of Dad’s deteriorating health.

Mom (Lynn Andrews) does not want them here.

Bertino is not a filmmaker to let his audience off the hook—if you’ve seen The Strangers, you know that. Like that effort, TD&TW is a slow burn with nerves fraying inside the isolated farmhouse as noises, shadows, and menacing figures lurk outside.

Bertino and cinematographer Tom Schraeder work the darkness in and around the goat farm to create a lingering, roaming dread. There are clumsier moments that feel like pre-ordained audience scares, and they really stand out in a film that otherwise just seeps into your subconscious. But where Bertino, who also writes, scores extra points is in crafting believable characters.

Too often in horror you find wildly dramatic behavior in the face of the supernatural. One character adamantly denies and defies what is clearly happening while another desperately tries to communicate with “it.” No one would do either, but this is the best way to serve the needed action to come in lesser films.

Here, Bertino, Ireland and Abbott give us real characters honestly grappling with something extraordinary.

Like Natalie James’s Relic from earlier this year, TD&TW has the long, slow, debilitating experience of parental illness on its mind. Like that film, this movie has a deeply aching center that makes the horror in the house as tragic as it is scary, and more horrifyingly, somehow inevitable.