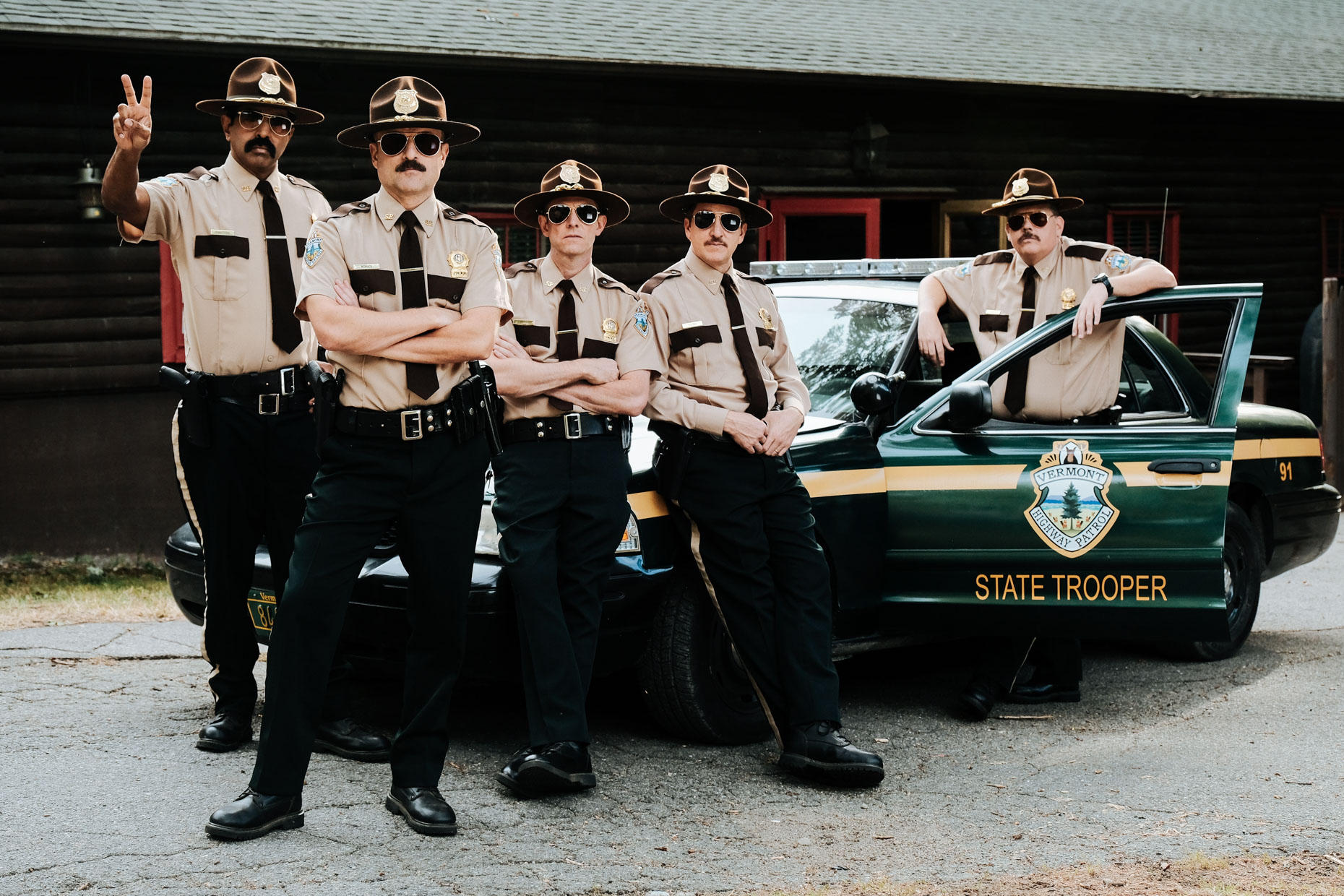 Join us in the Screening Room where we discuss I Feel Pretty, Super Troopers 2, Traffik, You Were Never Really Here and everything fit to watch on home entertainment.

Video game movies rarely if ever work. Has the problem been lack of talent? Assassin’s Creed will feature Michael Fassbender and Marion Cotillard, and Splinter Cell will star Tom Hardy. Maybe leveraging honest to god talent will be enough to meld these seemingly similar art forms? Or is the impending onslaught of high profile gamer flicks just an opportunity to waste some of cinema’s greatest working artists?

Warcraft, directed by one of our most exciting new filmmakers, Duncan Jones, is not the harbinger we were hoping for.

It’s a medieval fantasy with Orcs, dwarves, elves, bearded magicians – basically it’s a movie based on a series of video games that amount to little more than Lord of the Rings fan fiction. But if anyone can turn this into a worthwhile cinematic experience, it’s Jones. Moon (2009) and Source Code (2011) proved his mettle with fantasy and action, and showed him to be an inventive craftsman.

Though Warcraft proved too great a task, even for him.

Gaudy CGI and caricatured performances rob the film of any chance to pull the viewer in – the video game itself looks about as realistic. Weak writing by Jones and Charles Leavitt (who’s never written anything worth seeing) doesn’t help matters. When solid actors, including Ben Foster (who needs to fire his agent), look ridiculous delivering this faux-archaic dialog, what chance does a hack like Paula Patton have?

Patton plays Garona, halfbreed slave to the magic-wielding Orc Gul’Dan. When she’s captured by the humans, will she betray them, or has she finally found her clan? And will she be wooed by Travis Fimmell’s bizarre Paul Rudd impression as the knight Lothar?

The plotting itself just makes you sad – so much time is wasted setting up sequels that will never, ever happen. Worse, the visuals are clumsy, particularly compared to cinema’s history of onscreen Orcs.

Warcraft makes it impossible not to draw comparisons to Peter Jackson’s trip to Middle Earth. To say Jones’s effort pales by comparison is like saying American politics has taken an odd turn. 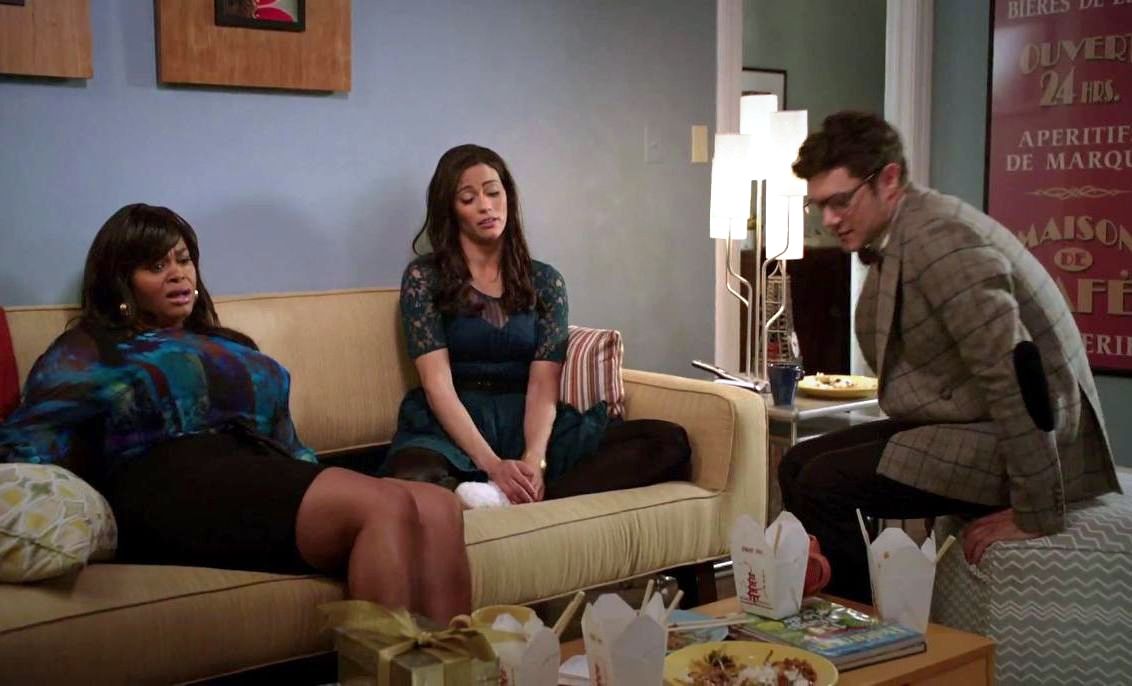 Dig, if you will, this picture:  our heroine is caught in a sticky situation in a man’s apartment and needs a fast way out. After exclaiming “I am NOT going out on that fire escape!” there is a quick cut and she’s…out on the fire escape. She then makes a sad face and wonders, “could this get any worse?” After which, it immediately starts raining.

If that’s funny to you, please pick up the courtesy phone enjoy Baggage Claim. If not, stay far away, because that’s just a taste of the overly contrived, sadly obvious attempts to be charming that this lousy film is lousy with.

Paula Patton stars as Montana Moore, a flight attendant whose love life is a bit stagnant…oh, wait, I mean stalled on the runway! With her younger sister’s wedding approaching, “Mo” feels family pressure to find her future husband in time for the ceremony.

For help, she turns to her best buds at work: the oversexed Gail (Jill Scott) and the requisite gay friend Sam (Adam Brody). The three hatch a ridiculous plan to manipulate travel schedules so Mo can conveniently cross paths with traveling ex-boyfriends.

And, of course, all the exes immediately want to talk marriage when these meetings occur, because that’s what happens when exes run into each other, right?

There are so many things wrong with this film, and Patton is no help. Yes, she’s lovely, but while she’s been barely passable in her dramatic roles, her comedy chops amount to little more than exaggerated mannerisms and mugging for the camera.

Then again, considering her director, David E Talbert, also wrote the source novel and adapted the screenplay, this drama club approach must have been the goal all along.

Scott and Brody both have talent, but are saddled with roles written as tired caricatures, which is perfectly consistent with the entire script.

Check that, there are four funny lines in the film. Deadpan and sarcastically witty, they stand out like a smack upside the head, leaving you looking around wondering what just happened.

What happened is you’ve wasted time and money on a film assembled from the corpses of a thousand lazy rom-coms, waiting for the happy ending you’ve already guessed.