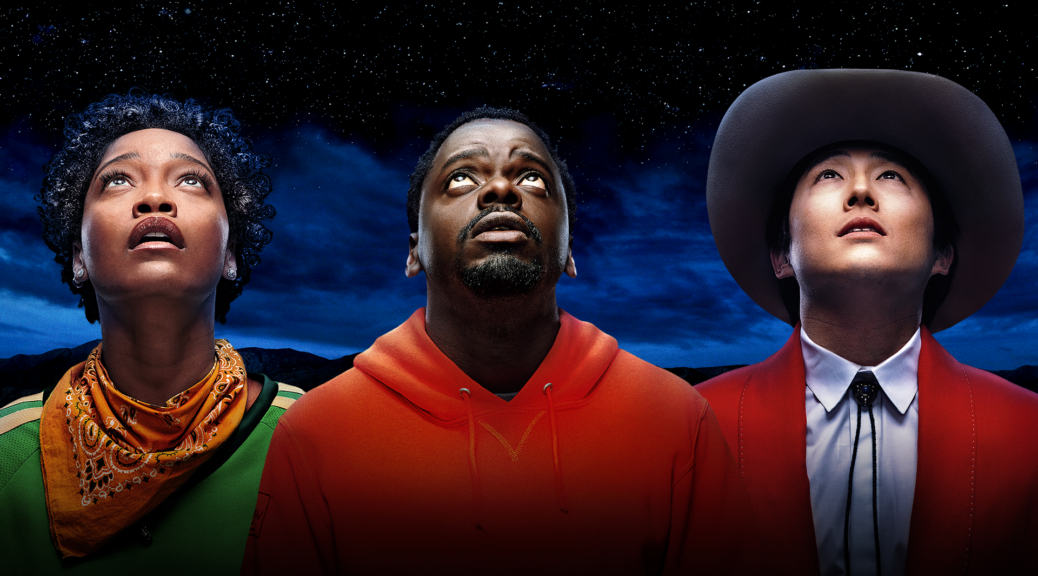 Good lord, 2022 is over. How on earth…? Well, we guess that means it’s time to think back on all the many big, small, emotional, hilarious, terrifying, gorgeous, honest, bleak, hopeful, remarkable movies of the year and winnow down a list of our favorites. Here goes…

It took writer/director Todd Field 16 years to bounce back from his experience with Miramax, but it was worth the wait. Tár, a searing character study of art, arrogance, obsession and power that’s propelled by the towering presence of (surprised face) Cate Blanchett. And, as is her way, Blanchett needs mere moments to define Lydia with sharp, unforgettable edges.

It’s when Lydia dismisses ideas of gender inequality or coyly celebrates the history of patriarchy in her own profession that Field and Blanchett best expose the insidious nature of power. The storytelling is striking in its intimacy, gripping in its universal scope. Tár is a showcase for two maestros working at the top of their game.

2. The Banshees of Inisherin

On HBO Max and VOD

Existential dread picks up a brogue and a fiddle full of longing at JJ Devine’s Public House on an island off the West coast of Ireland in 1923. It’s a microcosm, simultaneously intimate and universal. It’s also the single finest ensemble you will find onscreen in 2022. More than that, it’s a breathing example of the mournful humor and heritage of the Irish.

The Banshees of Inisherin mines a kind of pain uncommon on a big screen. In Martin McDonaugh fashion, the mining is done with wit, insight, humanity and absolutely world-class acting. It must not be missed.

On Peacock and VOD

There are some truly frightening moments in Nope. Some revolve around things you may think you know based on the trailer. Others feature a bloody monkey in a party hat. And writer/director/producer Jordan Peele’s third feature has plenty to say about Black cowboys, the arrogance of spectacle, and getting that elusive perfect shot.

Longtime David Bowie fans know of his early fondness for the “cut up” method to writing songs – literally cutting up lines of written lyrics and then shifting them around in search of more enigmatic creations. Director Brett Morgen takes a similar approach to telling Bowie’s story in Moonage Daydream, a completely intoxicating documentary that immerses you in the legendary artist’s iconic mystique and ambitious creative process.

Moonage Daydream is like no music biography that you’ve ever seen. It’s a risky, daring and defiant experience, which is exactly the kind of film David Bowie deserves. Expect two hours and fifteen minutes of head-spinning fascination, and a sense that you’ve gotten closer to one Starman than you ever felt possible.

Guillermo del Toro’s script film establishes itself immediately as a very different story than Disney’s. The 1940 film – and, to a degree, the live-action remake Disney launched earlier this year – offers a cautionary tale about obedience. So does del Toro’s, although, in true GDT fashion, he’s warning against it.

Co-director Mark Gustafson’s animation itself is breathtaking, and perfectly suited to the content, as if we’ve caught an artist in the act of giving his all to bring his creation to life. Everything about the film is so tenderly del Toro, whose work mingles wonder with melancholy, historical insight with childlike playfulness as no other’s does.

6. Everything Everywhere All at Once

On Showtime and Prime

Directors Dan Kwan and Daniel Scheinert are back with their brand of sweet-natured lunacy for Everything Everywhere All at Once. The result is an endlessly engaging, funny, tender, surprising, touching maelstrom of activity and emotion. This is a hard movie not to love.

For 2+ hours, Steven Spielberg uses all the tools of his trade to beguile you with his own origin story. In those moments, you will find everything Spielbergian – tech wizardry, cinematic wonder, artistry, sentimentality, family, loss – dance to life across the screen. The Fabelmans is no Jaws, no Raiders of the Lost Ark or E.T. Instead, it’s an exceptional movie about how those other movies could have ever happened.

With nuanced writing and one of 2022’s finest ensemble, Women Talking, the latest from filmmaker Sarah Polley, delivers quiet, necessary insight. Polley shows respect for the women in this tale – not just for their bodies, their agency, their humanity. She shows uncommon respect for their faith. This is what every faith-based film should look like.

On MUBI and Prime

Writer/director Charlotte Wells’s first feature film moves at a languid pace, but she repays your patience with a rich and melancholy experience. Like Sophia Coppola with her similar Somewhere, Wells and cinematographer Gregory Oke capture palpable longing, nostalgia and heartbreak. And while the loose narrative may frustrate some, as a work of remembrance, Aftersun film delivers something powerful and powerfully impressive.

Darkly hilarious, bold, insightful, and an absolute fantasy come to life for anyone who’s ever worked in food service.

12. Marcel the Shell with Shoes On

Absolutely the most charming film since Paddington 2.

On Showtime or premium Prime rental

Pixar filmmaker Domee Shi navigates the world of female adolescence with an allegorical tale as charming and adorable as a red panda.

Classic is exactly how The Northman feels. The story is gritty and grand, the action brutal and the storytelling majestic.

In many ways, the film is an exceptionally well-made, old-fashioned historical epic. But as soon as you try to string together a list of similar films, you realize that there are none.

Measured and often visual storytelling is at work here, in a compelling look at what divides us that’s carried on the shoulders of a sensational lead performance from Thandiwe Newton.

19. Glass Onion: A Knives Out Mystery

Rian Johnson’s script is funny, smart and intricate, always staying one step ahead of your questions while he builds the layers of whos and dunnits, only to tear them down and build anew.

Thirty years in the making, Phil Tippet’s stop-motion nightmare is like a Bosch painting and a Tool video accusing each other of being too lighthearted.

Luca Guadagnino embraces the strength of the solid YA theme that you have to be who you are, no matter how ugly the world may tell you that is.

22. All Quiet on the Western Front

Grim, powerful reimagining of the timeless truth: war is hell.

Best of luck to you. More info HERE

Quiet and precise as if always listening and careful not to disturb, Tilda Swinton once again disappears wholly into a role in Apichatpong Weerasethakul’s meditative wonder of a film.

On Peacock and VOD

Writer/director B.J. Novak’s feature debut delivers a funny and entertaining mystery caper, self-effacing but not afraid to wander into some dark places, with a social conscience revealed in organic and endearing ways.

On Showtime and Prime

A mysterious trip inside a local music scene, Poser never fails to surprise.