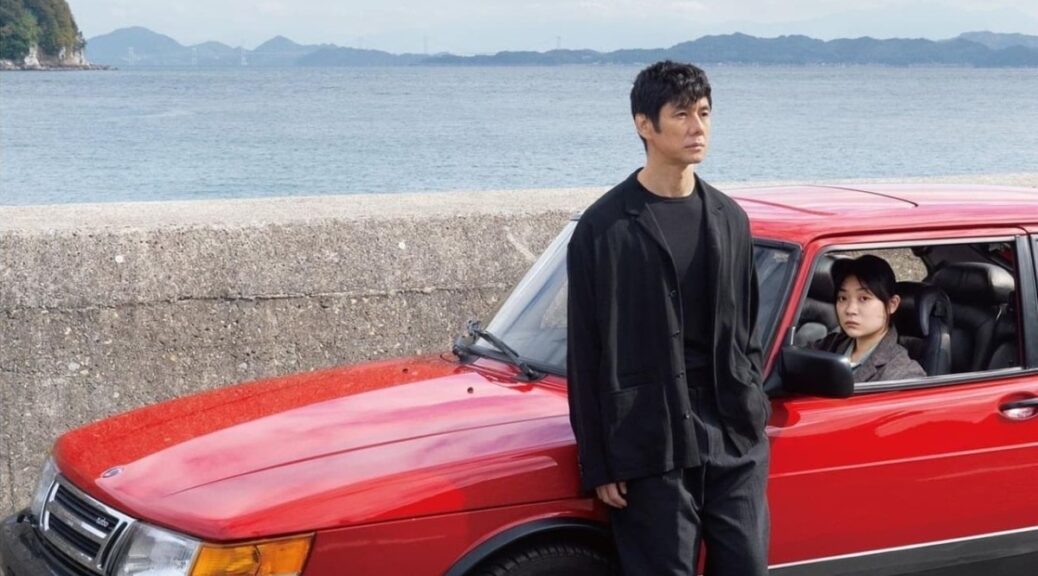 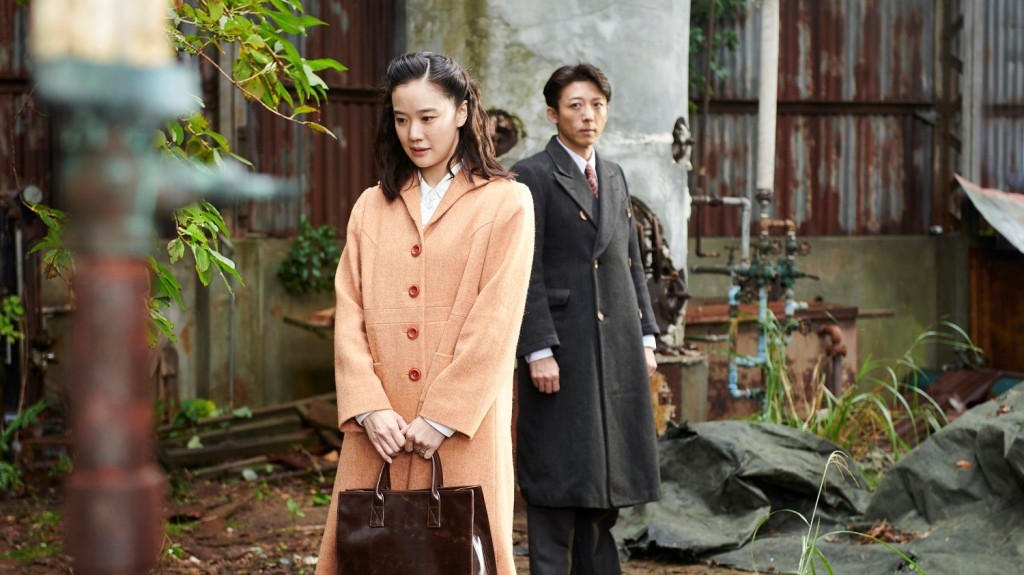 Wife of a Spy

Wife of a Spy really tested the limits of my historical knowledge, which is lamentably focused on Western Civ. I probably studied the American Revolution five separate times and know quite a bit about the British Empire and what we erroneously call the “Age of Exploration,” but as for what was going on in Asia in the 20th century? Shoot.

My knowledge is pretty limited to some communist revolutions and America dropping bombs.

In order to get Wife of a Spy, it’s useful to understand:

Wife of a Spy starts in 1940 as Japan becomes increasingly nationalistic. The wealthy and cosmopolitan businessman Yusaku Fukuhara faces scrutiny as to his loyalty from childhood friends who are now in the military. Yusaku and his wife Satoko (Yu Aoi) wear Western dress and conduct business with American and British citizens. They draw criticism for drinking foreign whiskey and forgoing kimonos.

On a trip to Manchuria to search for trade goods and cheap medicine, Yusaku discovers evidence of the atrocities being conducted there. He is determined to blow the whistle internationally. He says his allegiance is to “universal justice” rather than to his country.

Satoko senses her husband’s distress and growing alienation and uncovers the evidence that Yusaku has been hiding in his office safe. But is she willing to risk her blissful domestic life and creature comforts to become the wife of a spy/traitor? Or will she turn Yusaku over to the authorities?

Wife of a Spy doesn’t waste a lot of time explaining the historical context of the film (thus the exposition dump above), but it does a beautiful job of visually immersing us in the historical period. Director/co-writer Kiyoshi Kurosawa’s film focuses on the ripple effect that these atrocities have on the lives of the everyman/woman.

For the most part, the reactions of the characters seem realistic. They are haunted or traumatized or incredulous. Satoko’s reaction is a little harder for me to accept. I’m with her until she makes her biggest decision. What follows seems entirely too sunny and chipper.

Regardless, the quiet menace present in the air at the beginning of the movie grows throughout and, as in any good spy film, we’re left wondering if we put our trust in the right people and if we truly understood what just happened.

“He changes his story every time.”

This early warning might be the only straightforward point made in The Third Murder, a new film from Hirokazu Kore-eda that goes from courtroom procedural to riveting thriller to heady exploration of truth and objectivity in rapid succession.

Defense lawyer Shigemori (Masaharu Fukuyama) takes the lead in re-investigating a murder committed by Takashi Misumi (Kôji Yakusho), with an eye toward helping his client avoid the death penalty. A few small tugs at loose ends cause the official description of the case to unravel, presenting an entirely new take on the crime—and Misumi’s motivations in particular.

Kore-eda’s austere settings and still, unflinching direction for the legal proceedings suggest an air of impartiality at first. But the deeper Shigemori delves into what happened, and the more everyone’s stories start to come into conflict, it becomes clear that Kore-eda’s setup has been as misleading as the characters within it.

Balancing Shigemori’s dogged pursuit for the truth are his fellow lawyers, including his world-weary older boss and a bright-eyed new lawyer. The team reaches out to the family of Misumi’s victims, while also trying to learn more about their unhelpful client.

As with a typical legal thriller, the ideals of truth and justice are on trial along with the crime itself. Unlike lesser genre entries, however, Kore-eda’s characters are cursed with a hyperawareness that the parts they are playing are bigger than the justice system.

For all the lofty discussions of capital-T truth, the actors all keep their monologues from drifting into melodrama. As Misumi, Yakusho is especially compelling as a cipher for much of the movie (or “vessel,” as his lawyers might say). The inconsistent narratives only work if they’re believable, and frustration is rarely as delightful as watching everyone try to get a straight answer out of Misumi.

Learning that the legal system isn’t there to get people to tell the truth is punishing enough for even the most jaded lawyers in The Third Murder. Kore-eda’s methodical prodding offers a glimmer of hope that while easy resolutions might forever escape us, there’s a moral victory to be had in the examination, however pyrrhic.

One hundred films in, you might expect director Takashi Miike to start repeating himself.

He does, in a way, with this big screen adaptation of the manga Blade of the Immortal, the tale of a samurai cursed with immortality.

Though Miike sticks mostly to genre work (horror, samurai, yakuza), his style veers wildly from one project to the next. Still, a thematic thread can be found in a lot of his films that questions the relevance of societal conventions. Though this theme was explored with a far more subversive touch in his 2001 gem Ichi the Killer, Blade of the Immortal shares a lot in common.

Manji (Takuya Kimura) is an insider on the outs. A samurai who’s killed his masters, he’s already doomed as the film’s prologue unwinds in gorgeous black and white. As Manji butchers his way through dozens of reprobates looking for the bounty on his head, Miike invites us into the hyperbolically brutal world of his imagination.

But it’s here, on the ground bleeding out surrounded by carnage of his own making, that Manji is gifted with immortality—a gift he takes to quite begrudgingly. Forever an outsider wanting to get farther out, he eventually takes up with an orphan bent on revenge.

Rin (Hana Sugisaki) lost her parents to outlaw bladesman Anotsu (Sota Fukushi) and his gang. Anotsu is an outsider who longs to be accepted. He’s skilled and serene where Manji is brutish and disheveled. They are opposite sides of the same coin, and for Rin’s sake, they become mortal enemies.

It’s not such an unusual plot, honestly. Though screenwriter Tetsuya Oishi complicates things with one side plot about Anotsu’s quest for acceptance and another about a rogue band of bounty hunters, the film basically boils down to one guy taking remarkable injury as he dispatches others due to sworn vengeance.

For two and a half hours.

Miike populates the corpse-strewn landscape with intriguing characters. Sure, they mainly exist to be dispatched by Manji, but each brings enough fresh personality and style to keep battle fatigue from setting in.

As is the case with his best efforts, Miike’s flair for fight staging, action choreography and bloodspatter—all of it in abundance—is on display. The result is a gorgeous, bloody mess that treads familiar ground but never wears out its welcome.