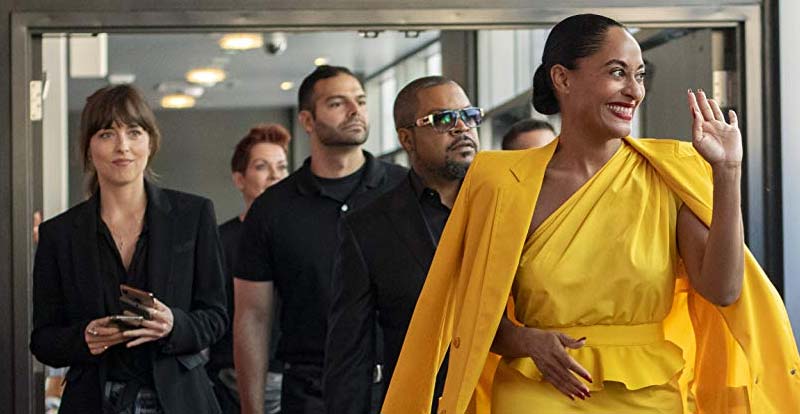 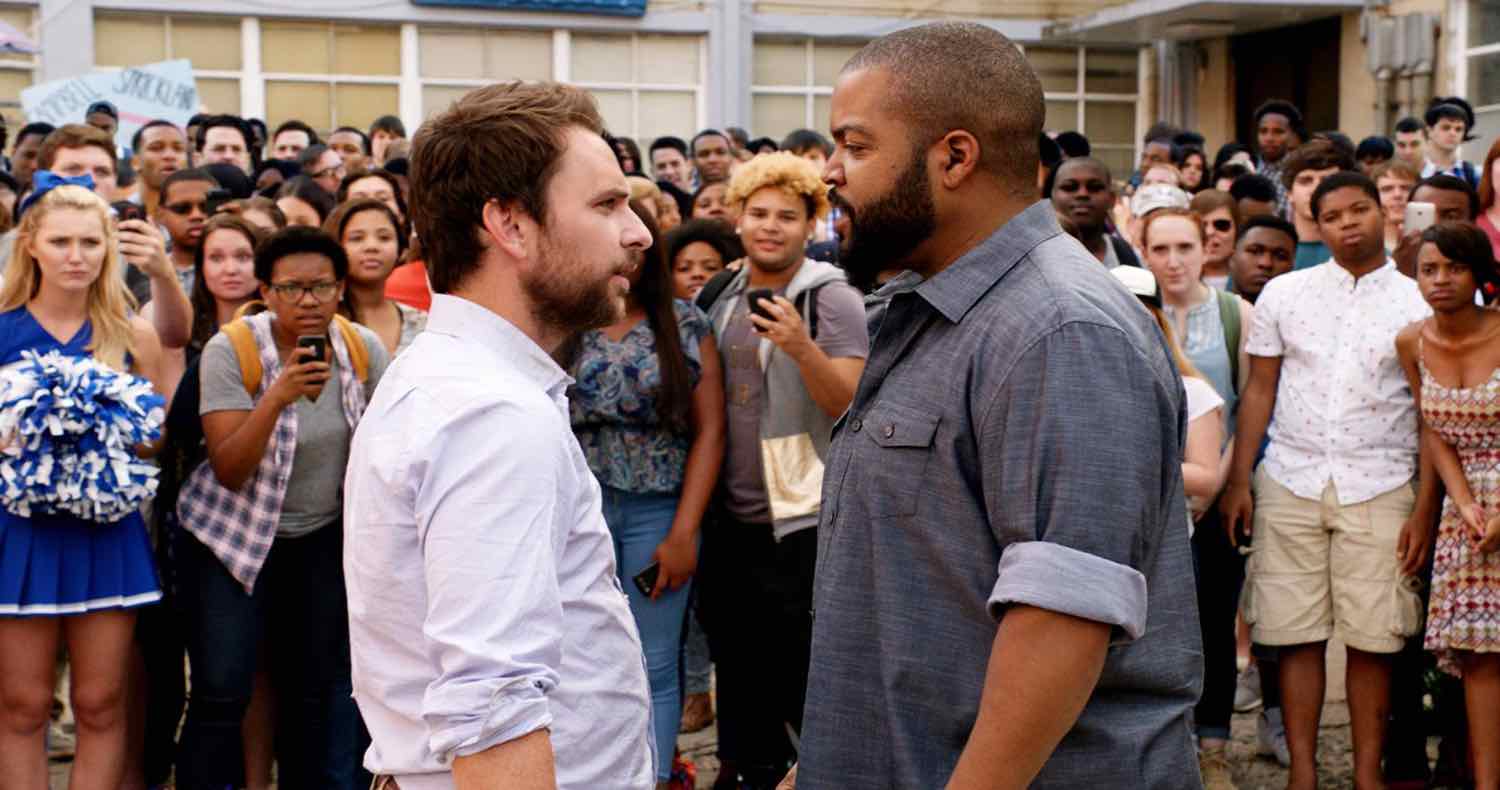 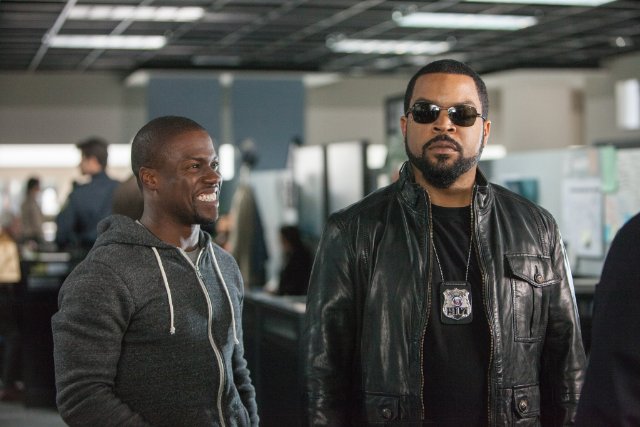 In 1982, a young Eddie Murphy made his film debut in 48 Hours, a funny,  action-filled cop caper that instantly launched him toward household name status.

Ride Along feels like an attempt to rewrite that film, and that history, to the benefit of Kevin Hart.

Okay, so Hart is hardly a newbie, and he’s proven himself to be a very funny guy through numerous supporting roles and one documentary/ concert film (Laugh at My Pain, 2011). But here, though he gets most of the screen time as part of a wannabe action/comedy, he’s on his own more than Murphy’s Reggie Hammond was in that redneck bar

Hart plays Ben, a security guard in Atlanta who has ambitions of being a police officer. When he finally gets accepted to the academy, Ben thinks it’s time to pop the question to longtime love Angela (Tika Sumpter, in a role that’s little more than eye candy.) Trouble is, Angela’s brother James (Ice Cube) is already a street-smart cop, and he thinks Ben isn’t worthy of his sister or a badge.

The answer is a “ride along,” and Ben jumps at the offer to join his future brother-in-law on his duties for a day, in hopes of convincing James to give the marriage his blessing. Ladies, maybe one day you’ll be able to get hitched without a man’s approval, but today is not that day!

The script comes from a committee of writers, with various credits including Employee of the Month, The Tuxedo, and last year’s R.I.P.D.

Wait, didn’t they all suck?

Yes, they did, and Ride Along would be equally bad, except for the efforts of Hart.  Director Tim Story‘s main strategy comes straight outta Cleveland in the LeBron days:  just go trough the motions and wait for the star to bail everybody out. Hart tries his best, and single-handedly delivers a few good moments of physical comedy, but it’s not nearly enough.

Kevin Hart may still get his trip to household stardom, but Ride Along is too lazy take him there.