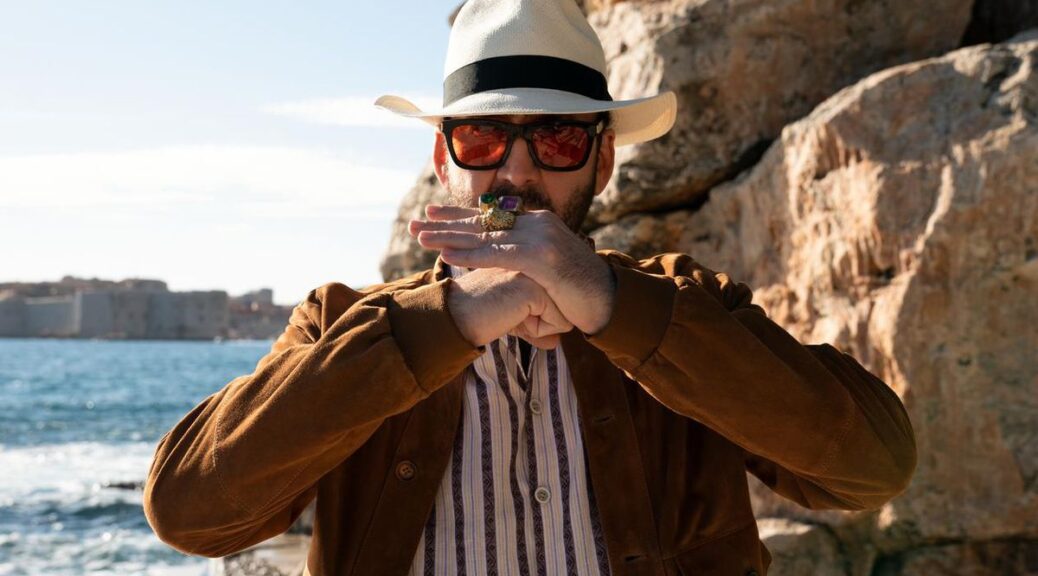 The Unbearable Weight of Massive Talent

It’s not just that it’s the role he was born to play. It’s also that it feels like precisely the right moment for him to be playing it, as if the cosmos themselves are aligning to deliver us some rockin’ good news.

How good? Well, for starters, The Unbearable Weight of Massive Talent gives him about a minute and a half just to name check himself as “Nic f’innnnnnnnnnggggggggow!WoahCage!”

It’s a film that nails a joyously off the rails tone early and often, as Nic goes after the role of a lifetime with a public rage reading for David Gordon Green, but comes up short. The letdown has Nic considering walking away from the business altogether, until his agent (Neil Patrick Harris) calls with an attention-getting offer.

Attend one birthday party for a superfan, collect one million dollars.

So it’s off to Spain and the lavish compound of Javi (Pedro Pascal), where Nic is blindsided by two federal agents (Tiffany Haddish, Ike Barinholtz) staking out the place. Seems Javi is actually a drug kingpin who’s holding a young girl hostage in an effort to influence an upcoming election.

Not really. Which makes it even more of a kick when there’s no defense against giving in to the gleefully meta madness.

Director and co-writer Tom Gormican (That Awkward Moment) taps into the cult of Cage by both exploiting the myth and honoring how it took root. There are multiple, non-judgemental callbacks to the Cage filmography, while the young Nic (via hit or miss de-aging) drops in to remind his older self just who the F they are!

And while we’re loving all manner of Cage, here comes Pedro! More natural and endearing than he’s ever been, Pascal starts by channeling the fan in all of us, and then deftly becomes the film’s surprising heart. Yes, there are nods to Hollywood pretension, but they’re never self-serving, and the film is more than content to lean all the way in to a madcap adventure buddy comedy spoof.

Would it shock anyone if we eventually get a tell-all book revealing that Cage actually was a CIA operative? Or that he won Employee of Every Month? Nope, and Massive Talent is a fun, funny salute to a guy who’s improved a host of movies by never forgetting who he is.