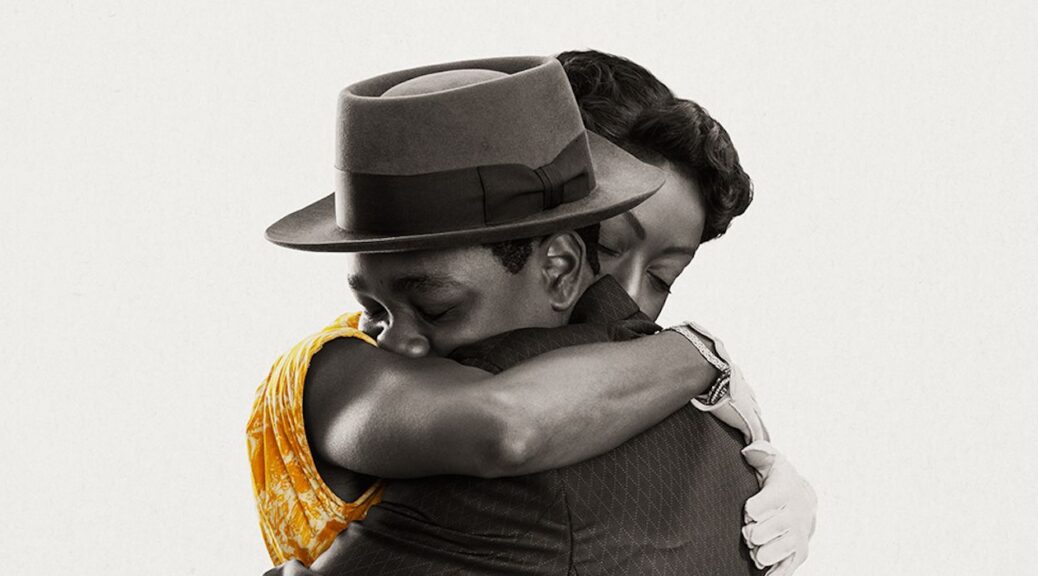 Get to know Danielle Deadwyler.

Last year she stole scenes in the super-star-studded Western spectacle The Harder They Fall. In 2019, she seared through the screen in Lane and Ruckus Skye’s woefully underseen (See it! Do it!) Devil to Pay. And now she carries the weight of the world with grace as Mamie Till-Mobley in Chinonye Chukwu’s remarkable Till.

Deadwyler is hypnotic, a formidable presence as a woman who endures the unendurable and then alters history.

And Chukwu wastes no time making this history come alive.

For decades, we’ve mostly been shown the same faded, B&W snapshot of Emmett Till. Chukwu, as director and co-writer, bathes us in color and warmth from the opening minutes.

Mamie and her teenage son Emmett aka “Bo” (Jalyn Hall, charming and heartbreaking) share loving and tender moments as he prepares to leave Chicago and visit family in Mississippi. Deadwyler delivers Mamie’s apprehension with tense stoicism, and her eventual grief with gut-wrenching waves of pain.

Chukwu’s overall approach to the period piece offers hits and misses. The vibrant palette brings urgency to the past while fluid camerawork puts you in the parlors, courtrooms, streets and churches, making you part of the history you’re watching. It’s a beautiful film.

At the same time, much of the plotting, score and script fall back on tropes of the period drama. This comes as a particular disappointment given the filmmaker’s fresh and resonant approach to her 2019 drama, Clemency.

And yet, Chukwu mines these familiar beats for organic moments that create bridges to today. Victim blaming, character assassination, trial acquittals and the intimate helplessness of systemic oppression are all integral parts of this story, and ours. Those are ugly truths, but Till never loses its sense of beauty. There’s a remarkable grace to the film, even as it is reminding us that this American history is far from ancient.

There’s no denying Deadwyler, whose aching, breathtaking turn is certain to be remembered this awards season. In her hands, Mamie’s hesitant move to activism is genuine and inspiring, but it is always grounded in loss.

That loss is the soul of Till, a film that paints history with intelligence and anger as it honors one mother’s grief-stricken journey of commitment.

The Devil to Pay

I’ve long felt that pre-film text-on-screen quotes are a cinematic crutch, often pretentious musings that rarely capture the essence of the film about to unspool.

Then, over a colorful vista of misty Appalachian mountaintops and plaintive banjo strings I read about the hardy folk populating those peaks, the descendants of criminals and oppressed alike who sought refuge in this inhospitable place.

As shadow creeps across the landscape, the quote:

“They want nothing from you and God help you if you try to interfere.” – 2010 census worker

Welcome to The Devil to Pay, Lane and Ruckus Skye’s lyrical backwoods epic, grounded in a lived-in world most of us never knew existed.

The tale is anchored with a quietly ferocious turn by Danielle Deadwyler (who also produces) as Lemon, a hardscrabble farmer trying to keep things up and wondering where her husband has been these past days.

Deadwyler’s clear-eyed efficiency is matched with the hillbilly condescension of one Tommy Runion (Catherine Dyer, flawless), whose homespun advice and cheer mask a dead-eyed, sadistic sense of right, wrong and entitlement.

One of the most tightly written thrillers in recent memory, The Devil to Pay peoples those hills with true characters, not a forgettable villain or cliched rube among them. The sense of danger is palpable and Deadwyler’s commitment to communicating Lemon’s low-key tenacity is a thing of beauty.

Hell, the whole film is beautiful, Sherman Johnson’s camera catching not just the forbidding nature of Appalachia, but also its lush glory.

Yes, the cult that lives just outside the county line does feel a tad convenient, but again, the Skyes and their outstanding cast carve out memorable, realistic and terrifying characters.

The Devil to Pay remains true to these fascinating souls, reveling in the well-worn but idiosyncratic nature of their individual relationships—a tone matched by sly performances across the board. And just when you think you’ve settled into a scene or a relationship, The Devil to Pay shocks you with a turn of events that is equal parts surprising and inevitable.

It’s a stunning film and a rare gem that treats Appalachians, not as clichés, but certainly not as people to be messed with.