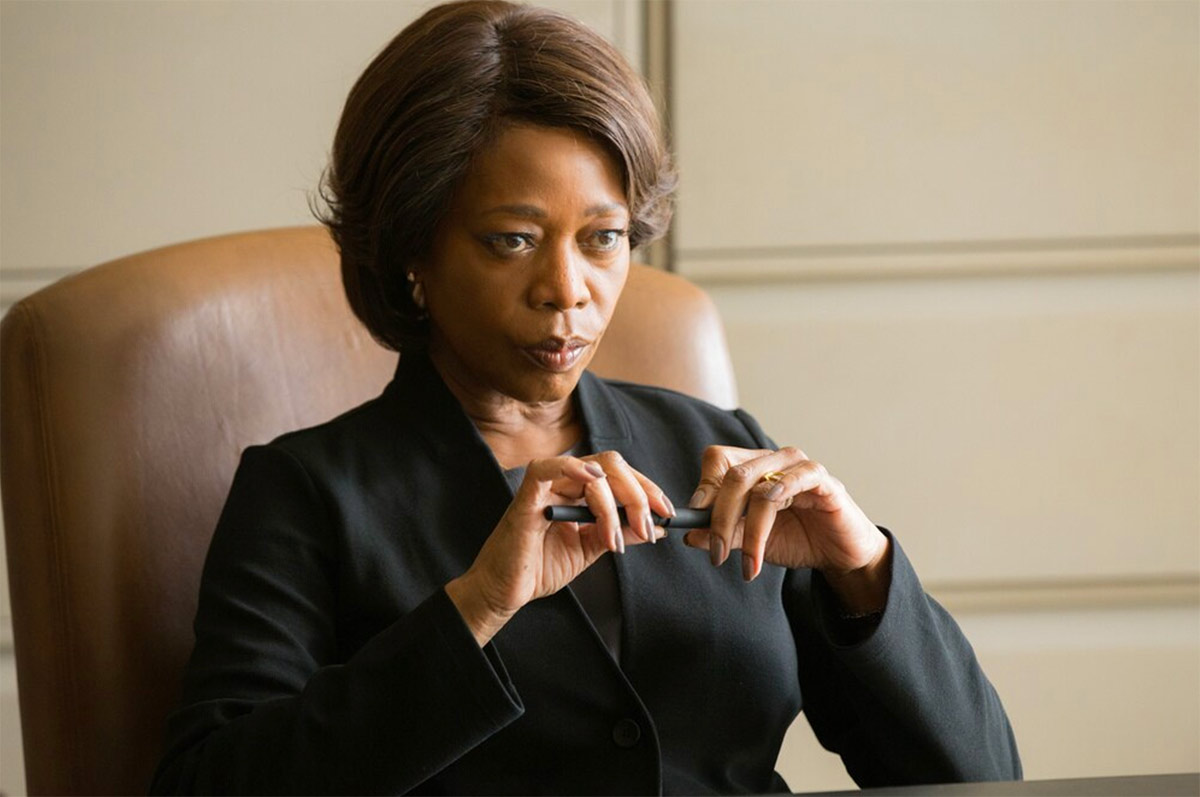 Examining capital punishment from the eyes of a prison warden is certainly a novel approach. The warden has generally been relinquished on film to a cowboy hat wearing good ol’ boy with no qualms about flipping that switch. Chukwu and Woodard are disinterested in clichés. Instead they carve out something truly new in this genre.

The thing Chukwu gets most right in this film is an overwhelming sense of responsibility and grief, and it’s a tough line to toe. Warden Bernadine Williams understands that, while her own grief threatens to swallow her whole, it doesn’t compare with the pain she comes in contact with. For that reason, she never defends her position or betrays her sympathies when confronted by victims’ families, the families of the condemned or the condemned themselves.

Her own grief is so acutely individual that she refuses to seek sympathy and she outright rejects empathy, because who could put themselves in her place? She is in charge but has no control. She is responsible, yet she does not determine these men’s fates.

If Chukwu hits the right notes here, it’s Woodard who sings. This journeyman has played just about everything across her four decades in the business, and she brings a palpable sense of hard won wisdom to this role.

The film is essentially a character study, and one of a character determined not to discuss or betray her feelings. That’s a tough nut to crack because you have to let the audience know what’s going on without telling us anything at all. More than that, what Woodard has to convey is far beyond the scope of what anyone in the audience can really understand. And yet, she succeeds poignantly.

Aldis Hodge, playing death row inmate Anthony Woods, balances Woodard’s practiced stoicism with barely contained jolts of emotion. Clemency gives Hodge the opportunity to shine and he grabs it, conveying a tumult of raw feelings that will leave you heartbroken.

If Clemency is a miraculous package of performances, it doesn’t entirely work as a film. Bernadine’s story—her existential crisis—doesn’t have a beginning or an end, just an unhappy middle. But maybe that’s necessary for a film that breaks new ground while delivering the same message: we need criminal justice reform.