What an utterly glorious piece of filmmaking La La Land is.

Have you ever smiled for two hours straight? From the opening sequence – a dazzling song and dance number in the middle of an L.A. traffic jam that’s skillfully edited to resemble one long shot – writer/director Damien Chazelle plants a wide one on your face with his unabashed mash note to old Hollywood, old jazz, and young love.

Nostalgia? That’s hard to get right.

So says Sebastian (Ryan Gosling), a frustrated jazz pianist whose dinner music gig will soon be gone if he doesn’t stick to the approved playlist. He meets struggling actress Mia (Emma Stone) and the cutest couple in town contest ends quickly.

Like a beautiful bookend to Chazelle’s thrilling Whiplash, La La Land is again steeped in music and starry-eyed dreamers, but trades cynicism for an unfailing belief in the power of those dreams. It’s easy to say “they don’t make movies this any more,” and that’s right – they don’t, because doing so means risking all that comes from putting such a heart on such a sleeve.

It could have gone Gangster Squad wrong, but Chazelle’s instincts here are so spot-on, every tactical choice adds a layer to the magic. The Cinemascope framing and extended takes prove a fertile playground for the film’s vibrant colors, relevant backdrops, catchy tunes and snappy dance steps. Who needs 3D to create a world so tactile and dizzying? Not Chazelle.

But as much as La La Land has its head in the clouds, it’s grounded by a bittersweet reality, with wonderful lead performances that showcase the heartbreak often awaiting those that choose this life.

Gosling (displaying some impressive keyboard chops) makes Sebastian a natural charmer who’s “letting life hit me ’til it gets tired,” and trying to stay true to his old school ambitions. When a well-paying gig with a pop-leaning band comes calling (the publicity photo shoot is a scream), Gosling underplays Sebastian’s sell-out frustrations but never the resonance.

And good as Gosling is, Stone is luminous. She takes Mia from the plucky Doris-Day-next-door enduring a string embarrassing auditions to a nuanced young woman facing the realities of what her dream demands, and Stone has us at hello. This film has everything going for it, yet it still rests on Stone’s ability to find the perfect blend of wonder and authenticity. She does not disappoint.

Let’s not kid ourselves, real life in 2016 has hit many of us ’til we’re more than tired, we’re damned depressed. This type of joyful jolt to the senses is long overdue.

Take two hours of La La Land and call me in the morning. 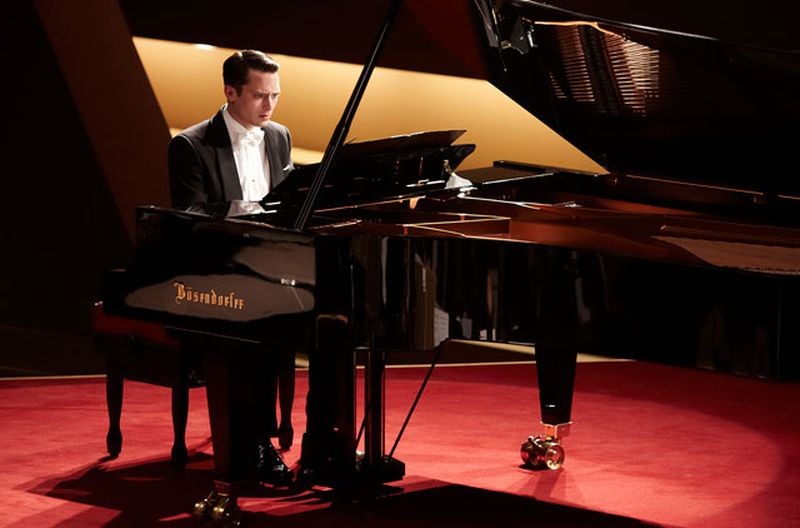