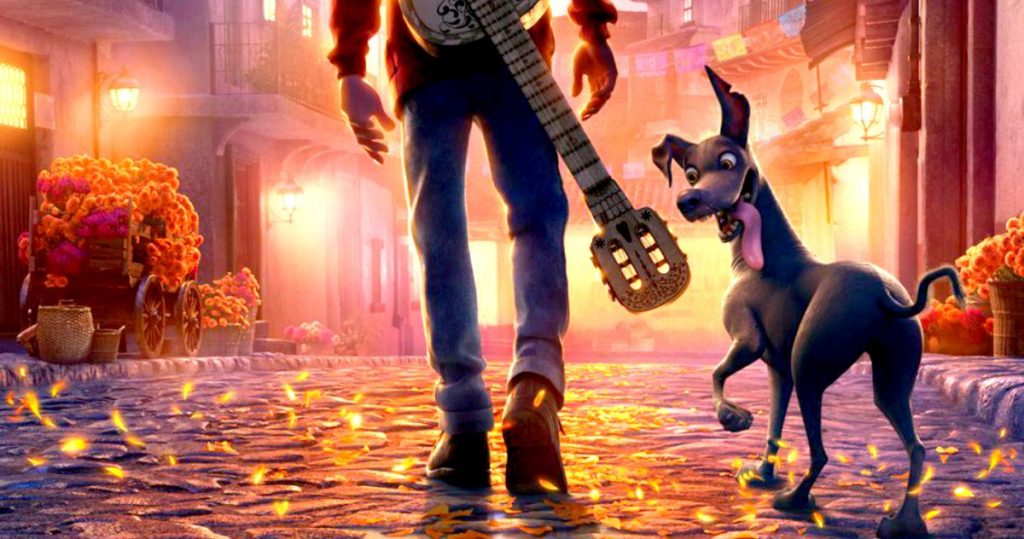 Pixar is probably still the best bet in animation, though they followed up their 2015 high point Inside Out with the somewhat mediocre The Good Dinosaur and Finding Dory, and finally the underwhelming third installment in their least impressive series, Cars 3.

Can Coco, a story of finding your place between family and dreams, between this world and the next, set things right?

The film follows Miguel (well voiced by young Anthony Gonzalez), a musician, like his great-great-grandfather. The one no one is allowed to mention. The one whose face has been torn from the family photo. The one the whole family is supposed to forget.

But Miguel prefers music—who wouldn’t?—and “borrows” the guitar of the great, long-dead hometown hero Ernesto de la Cruz (Benjamin Bratt) so he can play in the talent show during the Dia de los Muertos celebration.

One thing leads to another and Miguel finds himself in the Land of the Dead.

There are a number of things Coco does quite right. Though its themes are reminiscent of other Pixar films—Ratatouille, in particular—the cultural execution is a welcome change in a long and Euro-centric list of movies.

The film is also characteristically gorgeous, many frames spilling over with vivid color and imagery.

Coco also tells a satisfying story that packs an emotional wallop. Like the animation giant’s 2009 masterpiece Up, Coco invests in elderly characters and celebrates death as a tragic but inevitable consequence of life.

The structure by now has become common, with too many notions borrowed from other Pixar films. Worse, the laughs are rarely hearty and the genuine emotion is saved for the climax leaving too much time spent with little serious audience connection.

That’s the tough thing about being Pixar, though, isn’t it? We’ve become so accustomed to treasures that we disregard a lovely, heartfelt piece of family entertainment. Coco is no Toy Story, but it’s a lovely film.