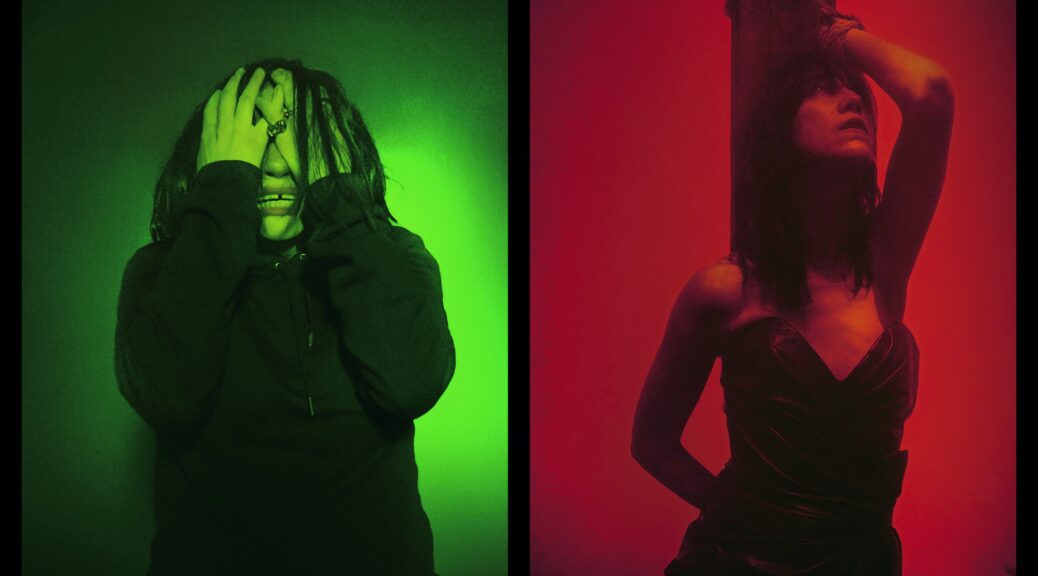 Oh, he’s still beating us about the face and neck with psychedelic imaging, pulsating rhythms and immersive colors, he’s just keeping it to under an hour this time. And, even bringing along a dare-I-say lighthearted touch to this meta mashup of cinema and witchcraft.

Most everyone here is playing themselves, starting right at the top with Béatrice Dalle and Charlotte Gainsbourg talking shop. They swap stories, laugh heartily at their “shit films” and eventually get down to the business of making “God’s Work,” a post-modern tale of witches.

Dalle is directing, Gainsbourg is starring, and once on set, the laughter gives way to a cascade of madness and hysterics, rendered even more disorienting by Noé’s consistent use of split screen formatics. Not only is following both sides often challenging, but anyone sensitive to flashing lights might well be overwhelmed.

The “God’s Work” producer is hatching a plan to get Dalle fired from the project. Gainsbourg is juggling trouble at home and unsolicited pitches from an aspiring director (Karl Glusman from Noé’s Love), while her female co-stars (including Abbey Lee and Clara Deshayes) face a string of indignities.

Noé intersperses it all with clips and quotes from films and filmmakers he admires, and when a lighting miscue becomes a flashpoint for total chaos on the production, Noé’s embrace of the breakdown is clear.

This is where his art thrives, and Lux Æterna finds Noé nearly winking at his own reputation. Longtime aficionados may feel a bit slighted, but any neophytes will get a healthy appetizer to help decide if you’re up for bigger portions.