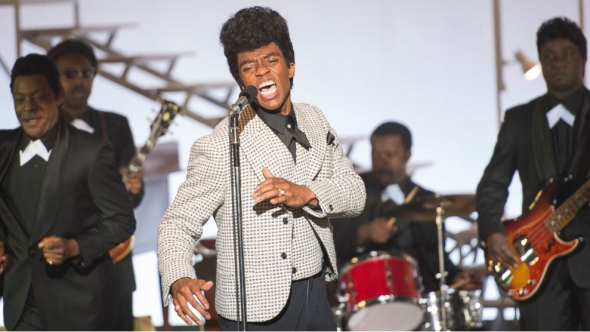 2014 was actually a pretty great year, movie-wise. Most of the biggest box office smashes were worthwhile films – Guardians of the Galaxy and The LEGO Movie, for example. But it’s hard to track down every really great film, and this year, we’re betting you missed a lot –  A LOT – of outstanding movies. But you can make up for that with this list of the films you may have missed and need to see. It’s our post-holiday gift to you!  You’re welcome!

Jim Jarmusch’s trippy vampire classic needs to be seen, but in all likelihood, you did not. You should remedy that situation.

How is it possible that this wonderfully acted biopic promising wall to wall great music drew such a tiny audience? Tragic! See it tomorrow when it comes out for home entertainment viewing!

This surprising, wearily funny, gorgeously filmed and spectacularly acted gift from Ireland did not get the reception it should have.

Two young girls with no musical experience start a punk band. This film is an absolute joy.

Hopefully its inevitable Oscar nomination for J.K. Simmons (and very likely win!) will give this remarkable little film second life in theaters. If so, do yourself a favor and see it!

It’s a tough sell: Tom Hardy, alone in a car for 90 minutes, but man, what he can do with a show to himself!

Another underseen Tom Hardy gem! His versatility is amazing, and here he gets a great supporting assist from James Gandolfini.

Scarlett Johansson reminds us again of the superb talent she possesses in this hypnotic alien adventure.

Witty, incisive and one step ahead of you, this excellent indie comedy needs to make everyone’s home entertainment watch list.

Michael Fassbender as you have never seen him – stuck inside a giant false head. Funny, tender and woefully underseen, it’s another reason to be amazed by Fassbender.

Tanked by its own studio, the film found a market in home entertainment. If you haven’t found this ingenious piece of SciFi, do so right now!