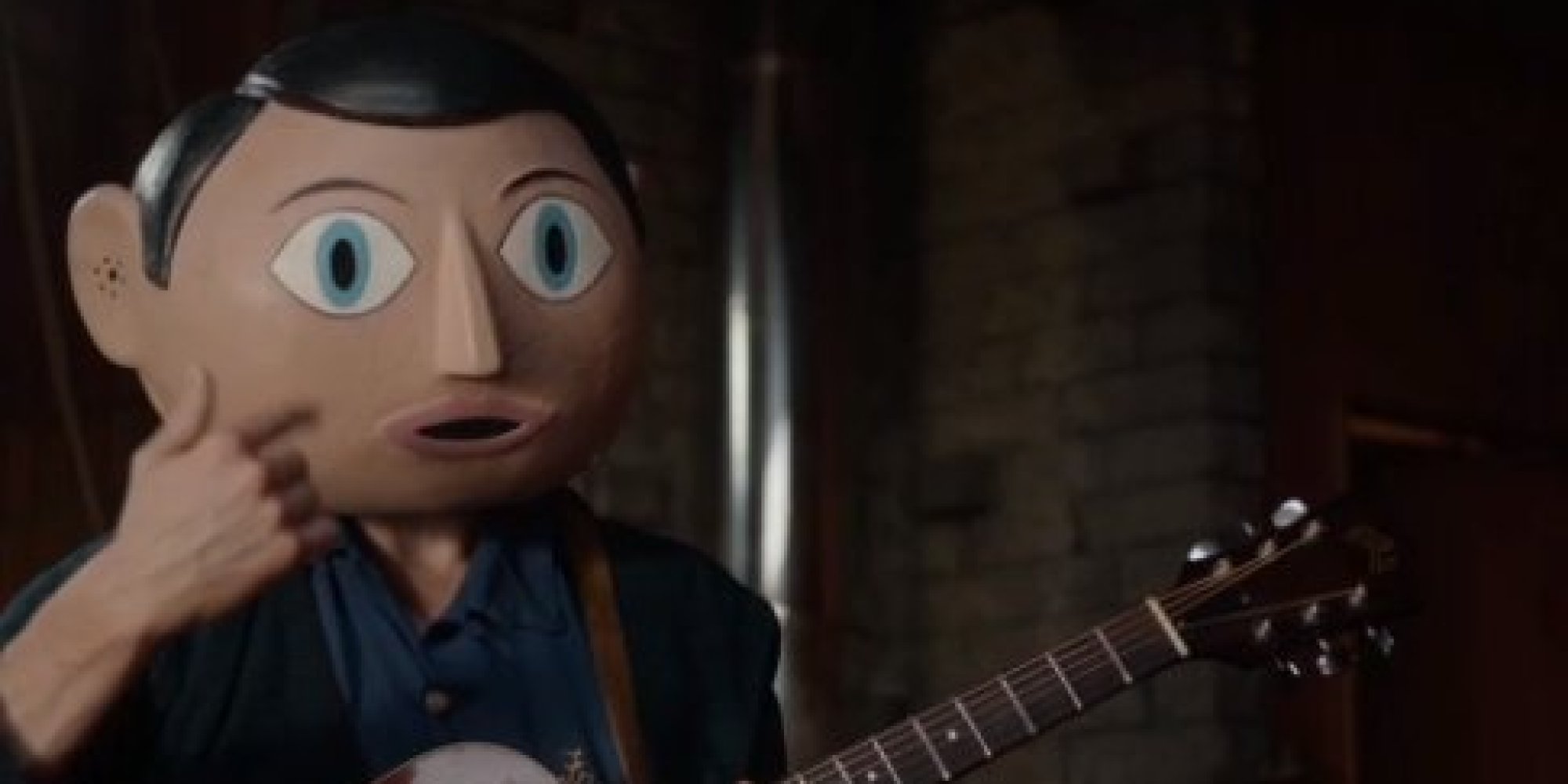 An interesting cinematic trend is emerging: cast the best, most talented, best looking performers in roles where we can’t see them. As counterintuitive as it appears, it has been wildly successful. Scarlett Johansson was never better than in her disembodied role in Her, while Bradley Cooper was a laugh riot as a pissed off raccoon in Guardians of the Galaxy. And now, the great Michael Fassbender dons a huge, smiley, fake head for nearly the entire duration of his new film, Frank.

Of course it does, he’s Michael Fassbender, exactly the actor who’d be drawn to such a role. Fassbender is wonderful, naturally, this time with a delicate charm. His gesturing, physical presence, and endearing vocal delivery outline a beautiful performance that drives the film and, eventually, breaks your heart.

Though this film is hardly a tragedy. It’s wryly funny, at times satirical but routinely quite intimate. Co-written by Jon Ronson, the film is inspired by the enigmatic musician/comic/giant-head-wearer Chris Sievey, to whom the film is dedicated and with whom Ronson briefly played.

Writing with Peter Straughan – his collaborator on The Men Who Stare at Goats – Ronson recreates himself as the everyman character Jon (Domhnall Gleeson), an aspiring musician who stumbles into eccentric frontman Frank’s band when the previous keyboardist tries to drown himself. Then Jon’s off to the woods for 18 months to record with a group who mostly loathe him.

As Clara, the Lady Macbeth for this band on the fringes, the always magnificent Maggie Gyllenhaal controls every situation with a withering glare. Gyllenhaal’s weary expression carries with it the untold baggage and band history that Jon just isn’t interested in understanding.

Lenny Abrahamson’s utterly masterful direction first draws you in with Jon’s artistic voyage, but a slyly evolving storyline populated with playful but authentic performances leads you somewhere surprising yet inevitable.

Frank, though joyous, odd and thoroughly enjoyable, slowly exposes the limits of talent, the weight of enduring relationships, and the corruptively seductive power of fame.

It’s also an insightful ode to the transcendent, mad magic of music.