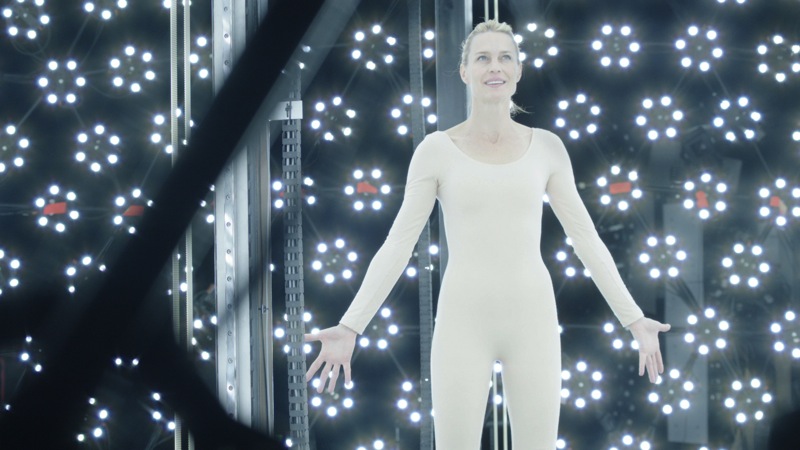 Tired of the same old girl meets boy stories? How about girl meets a digital version of herself, loses many years in a cryogenic state, and then travels between realities in an effort to reconnect with her son?

Welcome to The Congress, a flawed but often fascinating work inspired by the 1971 novel The Futurological Congress, Stanislaw Lem’s darkly comic allegory of life under communist rule.

Writer/director Ari Folman (the Oscar-nominated Waltz with Bashir) sets his sights on the Hollywood regime, where veteran actress Robin Wright, playing a fictionalized version of herself, has reached a critical point in her career.

She’s years removed from being America’s sweetheart, she’s been branded as “difficult,” and she’s on the wrong side of forty. But now, there’s a curious career opportunity…

After much soul-searching and a big paycheck, she agrees to let the film studio create a digital copy of herself. Once completed, the new Robin will have a busy career doing, in the words of the studio boss (Danny Huston), “all the things your Robin Wright won’t do” while the old Robin never acts again.

The ironic part is that the real Robin’s acting has never been better, and her touching performance anchors the film even when it threatens to skid completely off the rails.

Folman has big, ambitious, eccentric ideas, but things get a bit messy once the film makes the shift to animation. Unlike Bashir, where clashing styles of animation only accentuated the different memories of war, the animated portion of The Congress sometimes struggles to find a tone worthy of the strong live action opening.

It becomes a mix of Heavy Metal, Pink Floyd The Wall and Cool World, leaving some interesting issues hanging as dots that are never fully connected. Folman -who has said he got his first inspiration for the project in film school-seems so invested in the overall concept that he can’t resist the urge to explore every idea, no matter how tenuous.

Good thing, then, that Folman’s explorations are more interesting than most, leaving The Congress as a visionary, frustrating, extraordinary head trip.