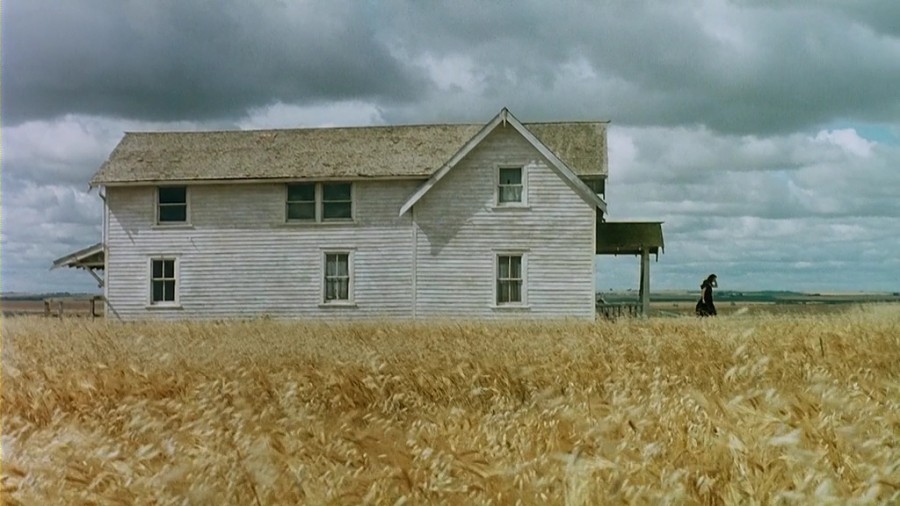 It isn’t often when documenting horror cinema that you have the need to mention an art director, but for The Reflecting Skin, the work of Rick Roberts deserves a note. His gorgeous, bucolic Idaho is perfectly crafted, with golden wheat and decrepit wooden outbuildings representing both the wholesomeness and decay that will meld in this tale.

Writer/director Philip Ridley has a fascinating imagination, and his film captures your attention from its opening moments. A cherubic tot walks gleefully through wheat fields toward his two adorable little buddies, carrying a frog nearly as big as he is. “Look at this wonderful frog!” he calls out to them.

What happens next is grotesque and amazing – the casual but exuberant cruelty of children. It’s the perfect introduction to this world of macabre happenings as seen through the eyes of a little boy.

The film plays a bit like a David Lynch effort, but with more honesty. Rather than the hallucinatory dreaminess Lynch injects into films like Blue Velvet (the most similar), this film is ruled by the ferociously logical illogic of childhood. With this point of view, the realities of a war blend effortlessly with the possibility of vampires. Through little Seth Dove’s eyes, everything that happens is predictably mysterious, as the world is to an 8-year-old. His mind immediately accepts every new happening as a mystery to unravel, and the jibberish adults speak only confirm that assumption.

This film is a beautiful, horrifying, fascinating adventure unlike most anything else available. A kind of thematic cross between Lynch’s Blue Velvet and Terry Gilliam’s Tideland (nice company!), The Reflecting Skin manages to feel more honest, and therefore more deeply frightening, than either.