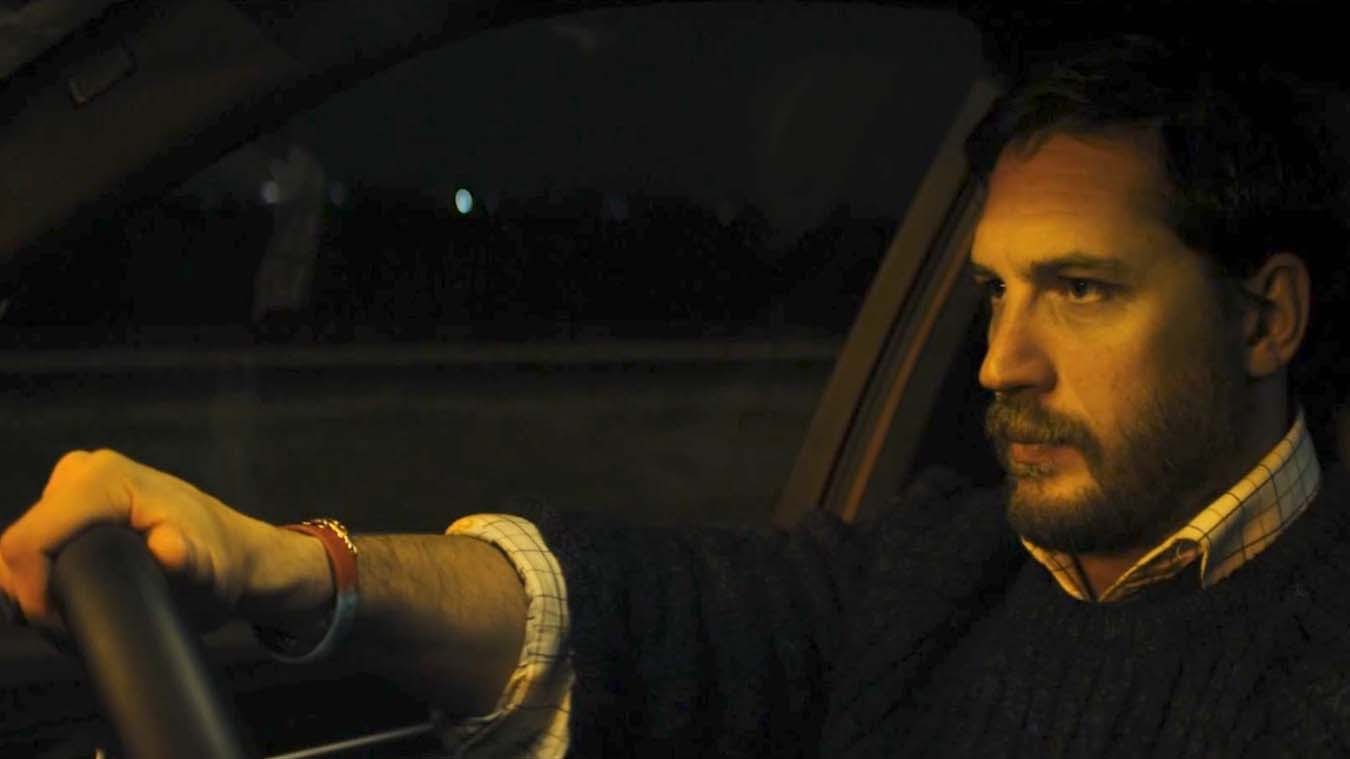 Give him the chance and Steven Knight will restore your faith in low budget filmmaking. All you need is a well written script, a car, hands free mobile, and Tom Hardy.

Actually, maybe all you really need is Tom Hardy.

In writer/director Knight’s Locke, Hardy plays Ivan Locke, and he and Knight invite you to spend 85 minutes in the car with him. The entire duration of the film takes place inside that car, alone with Ivan, who handles a crisis at work and a crisis at home simultaneously, all on the phone. Roll credits.

While it may sound boring as hell, please give it a chance, because Tom Hardy – and probably only Tom Hardy – has the natural charisma and bone-deep talent to keep every second of the film riveting.

Lucky Knight’s such a fine writer. Having penned the Cronenberg masterpiece Eastern Promises as well as Stephen Frears’s darkly winning Dirty Pretty Things, Knight’s proven to be a nimble storyteller. Locke offers none of the sinister, international dread that saturates those other efforts. Rather, like the driver of the car himself, we are trapped and yet propelled forward in a story confined to the immediate decisions and potentially disastrous effects spilling at the second.

It doesn’t just give Locke a powerful sense of immediacy. The simplicity of conversation and traffic and moments of silence between calls offer an undiluted image of action and consequence situated in such a familiar setting that it can’t help but feel universal.

Ever the chameleon, always an actor who leaves himself behind and utterly inhabits a character, Hardy’s performance here is nothing short of an education. He reveals more with less than any performer you’ll see this year.

He feeds off the talent of the ensemble – all vocal talent only – and it’s truly like nothing else onscreen. He establishes a character, authentic and whole, and though you are ostensibly trapped with him as he grapples with the collapse of his painstakingly crafted life, you cannot look away.

I can imagine no better antidote to a summer of monsters, mutants, super-this and exploding-that than a film so simple and powerful as Locke.

One thought on “A Road Trip Like No Other”