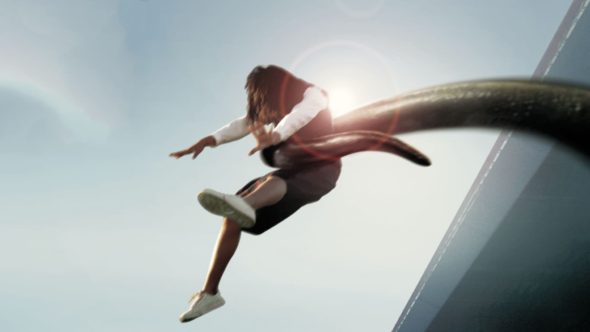 It would not surprise us if we saw a new wave of ecological horror in which our own mistreatment of the environment and our irresponsible handling of pharmaceutical progress creates flesh hungry critters, pissed off two-headed bears, opioid addicted tapeworms, whatever. Let’s prepare by looking over history’s forewarnings, shall we?

In an upscale Montreal high rise, an epidemic is breaking out. A scientist has created an aphrodisiac in the form of a big, nasty slug. That slug, though, spreads wantonness throughout the high rise and threatens to overrun the city with its lusty ways.

Not Cronenberg’s best film, but this is his first feature length horror and it announces not only his arrival on the genre scene, but it predicts so many of the films to come. The film obsesses over human sexuality, social mores, the physical form, physical violation and infestation, medical science, conspiracy, and free will. He’d revisit all of these preoccupations throughout his career, most obviously in his very next feature film, 1978’s Rabid, which is weirdly similar in every way.

Shivers takes a zombie concept and uses it to pervert expectations. (See what we did there?) They’re not here to eat your brains, after all. It’s the first film where Cronenberg marries ideas of the repugnant with the pleasurable, medical monstrosity with human body. It would be several years before his skill with performances (or maybe casting) matched his other directorial talents, but Shivers is still a worthwhile, utterly bizarre pleasure.

In 2016, writer/director/Irishman Billy O’Brien made an effective and lovely – yes, lovely – creature feature called I Am Not a Serial Killer. But about a decade earlier, he started down that path along a muddy, ruddy Irish roadside that wound ‘round to an out-of-the-way farm.

It’s the kind of a depressing, run-down spot that would catch nobody’s eye – which is exactly why it drew the attention of runaway lovers Jamie (Sean Harris) and Mary (a young Ruth Negga – wonderful as always). The solitude and remoteness also got noticed by a bio-genetics firm.

But when one cow needs help delivering – genetic mutations, fetuses inside fetuses and teeth where no teeth belong. Nasty.

O’Brien and his truly outstanding cast create an oppressive, creepy, squeamish nightmare worth seeking out.

First-time writer/director Jonathan King uses the isolation of a New Zealand sheep farm and the greedy evil of pharmaceutical research to create horror. He does it with a lot of humor and buckets full of blood. It works pretty well.

2. The Host (2006)
Visionary director Joon-ho Bong’s film opens in a military lab hospital in 2000. A clearly insane American doctor, repulsed by the dust coating formaldehyde bottles, orders a Korean subordinate to empty it all into the sink. Soon the contents of hundreds of bottles of formaldehyde find its way through the Korean sewer system and into the Han River. This event – allegedly based on fact – eventually leads, not surprisingly, to some pretty gamey drinking water. And also a 25 foot cross between Alien and a giant squid.

← Family Feud
The Unchosen One →
Scroll Up