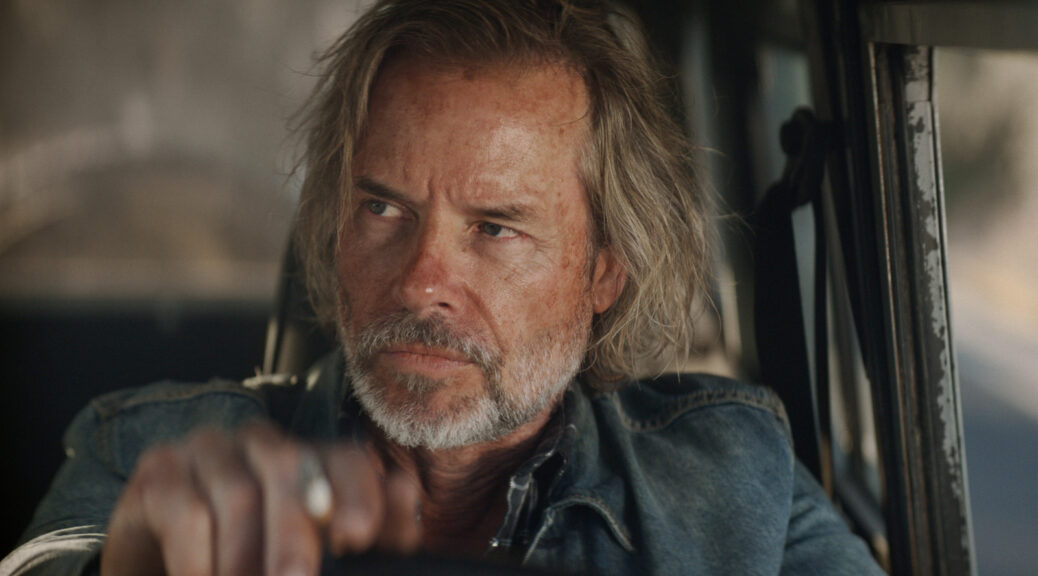 He’s also cashed some meaningless paychecks. Did you see The Seventh Day? Zone 414?

In the last five years, the veteran talent has indulged in too many low-budget thrillers. I hate to call them geezer teasers because Pearce is capable of so much more than the other actors associated with these straight-to-streaming punch-em-ups. Still, that’s what they are and that’s what I half expected with The Infernal Machine.

Pearce plays recluse author Bruce Cogburn in writer/director Andrew Hunt’s mind game of a thriller. Twenty-five years ago, a gunman inspired by Cogburn’s novel The Infernal Machine climbed a watch tower and took aim at the citizens below. Cogburn hasn’t written a word since.

Lately, his reclusive nature’s been tested by a very ardent fan who delivers letters daily to his PO box. When Cogburn terminates the box, the letters come by courier to his isolated home, regardless of the threat of being shot on sight or mauled by Sol, Cogburn’s dog.

Eventually, respect for the tenacity of this fan – an aspiring writer just wanting some advice – softens Cogburn and he agrees to a meeting.

Hunt’s script takes wild twists and Pearce and his costars are game for the ride. Alice Eve is a lot of fun. Alex Pettyfer plays against type and mines excellent, sometimes chilling layers in limited screen time. But it’s Pearce, in sun-damage makeup, who carries each scene. He is, as he’s always been, an outstanding character actor. In his hands, Cogburn’s vanities and pretensions give the character needed depth and fit nicely with Hunt’s vision.

It is a fun flick full of surprises. Flashbacks weaken the satisfaction of piecing the mystery together, so the climax itself is not as strong as the adventure that precedes it. Still, it’s great to see Pearce making an effort in a film worthy of his time.