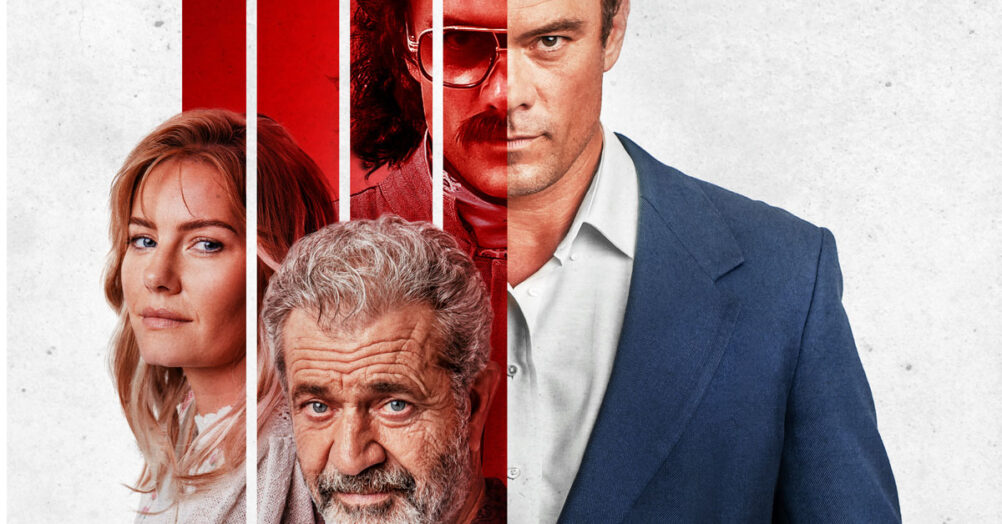 Career criminal Gilbert Galvan, Jr. (Josh Duhamel of Transformers) escapes from a Michigan prison and makes his way across the border onto the friendlier ground of Canada.

Although momentarily free from American authorities, Gilbert’s legitimate job prospects are not looking great as the recession of the 1980s comes into full swing. After falling for a local woman (Elisha Cuthbert of House of Wax, and TV’s 24), Gilbert panics about his lack of career opportunity and turns to robbing the inadequately guarded banks around Canada.

Bandit director Allan Ungar is best known for a 2018 Uncharted fan film starring Nathan Fillion. The film itself was small in scale and certainly catered to no one but video game fans, but it did showcase what Ungar can pull off with a charming and talented lead actor. That same fun, playful tone runs through the entirety of Bandit, a film that owes much more to Soderbergh’s light-hearted Ocean movies than say the ultra-violent Bonnie & Clyde.

Ungar doesn’t get too caught up in moral finger-wagging. We all know robbing banks is bad, but the audience sympathizes with the thief’s panicked plight. Like Galvan himself, the film isn’t overly concerned with the eventual conclusion. Galvan is only interested in providing for his family and having fun in the moment. So is Bandit.

Duhamel isn’t an actor I’m normally excited to see. In Bandit, however, he steps up to the plate and delivers a confident and charming performance. There is a series of bank robbery montages that let the actor cut loose while wearing some purposefully bad disguises. This lighter side of Duhamel wasn’t something I was familiar with before, but will certainly welcome in the future.

The supporting cast does well enough, with Cuthbert unfortunately relegated to the “wife” character who spends much of the movie asking questions of the evasive Duhamel. The always dependable Nestor Carbonell (TV’s Lost, The Dark Knight) pops up as a Canadian cop trying to bust the costumed robber. One of the bigger surprises is the addition of Mel Gibson, who has spent roughly the last decade playing minor roles in cheapie action movies. While Bandit might be on the cheaper side, the light tone allows Gibson to dig into his comedic past. Gibson’s performance is a welcome breath of fresh air for the controversial actor.

While not reinventing the bank robber subgenre, Bandit is a light-hearted heist flick that doesn’t get bogged down in bloody violence or moral grandstanding. You know, the kind you can show mom.