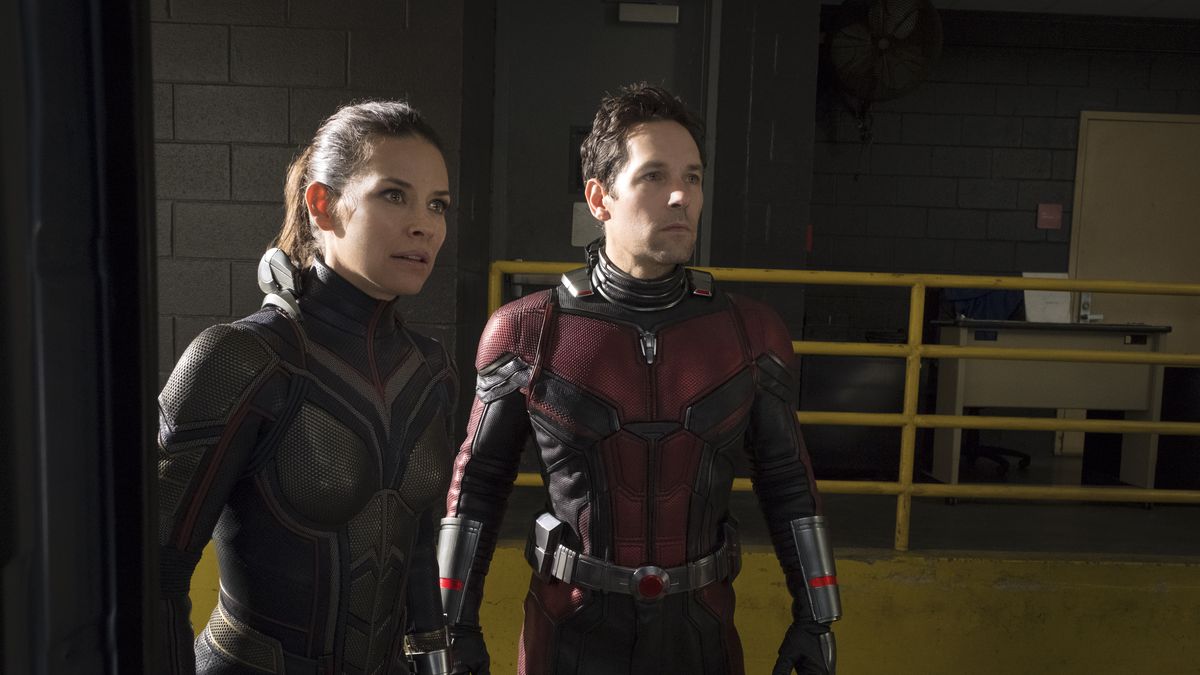 Ant-Man and the Wasp

Like the titular heroes who get small to do big things, Ant-Man and the Wasp gets a boost by making its stakes more personal, and its mojo a sweet, witty blast.

“Do you guys just put ‘quantum’ in front of everything?”

Scott Lang/Ant-Man (Paul Rudd) asks that question for him and for us. The answer is yes, they do, but don’t sweat the science and the fun will win out.

Scott’s on the outs with just about everyone since his assist to Captain America (“We call him Cap!”) in Civil War, but he just might be what Dr. Pym (Michael Douglas) and his daughter Hope Van Dyne (Evangeline Lilly) need to rescue their long lost wife/mother Janet Van Dyne (Michelle Pfeiffer) from the “quantum realm” that’s held her for decades.

The team could be on to something huge, and their research has many interested and scary parties, including “Ghost” (Hannah John-Kamen from Black Mirror and Ready Player One), a molecularly challenged young lady who thinks it could save her life.

Too serious? Anything but.

Thanks to Rudd’s comic timing and affable charm, Ant-Man becomes the family friendly cousin to Ryan Reynolds’s Deadpool. Like Reynolds on his DP projects, Rudd again earns a writing credit, filling his character with plenty of snappy dialogue and tongue-in-cheek humor that feels like a comfortable extension of Rudd’s own persona.

He’s a natural, but Lilly is the welcome surprise here. The Wasp’s intro in the first film often seemed like an awkward distraction, but she earns the equal marquee time with a script that allows Lilly the chance to make the character matter.

Director Peyton Reed is also back from part one, showing a confident grasp on Ant-Man’s role in the Marvel Universe. He keeps the pace quick, the gags (many featuring a scene-stealing Michael Pena) on a PG-13 speed dial, and the effects team busy, showcasing plenty of the amazing scale-altering set pieces that give this franchise its unique calling card.

The film knows its place in Marvel’s lineup, too, and that’s hardly an accident. Good as Infinity War was, the break from galaxy-hopping is welcome. Two of the writers from Spider-Man: Homecoming are on board this time, bringing some of the less-is-more sensibility which gave that film such an unexpected freshness.

Yes, it could stand to lose about fifteen minutes of excess, but AMATW has an unassuming vibe that is infectious fun, and the perfect palate cleanser before another bite of Thanos.

And don’t leave early, or you’ll miss a mid-credits bonus that might drop some jaws.

A legendary screen icon once coolly remarked, “A man’s got to know his limitations.” Ant-Man seems to know his, and comes equipped with enough style, wit and attitude to move past most of them.

As you might guess, the Ant-Man gets his name from being very small and extremely powerful. But, those qualities only come from wearing the special Ant-Man suit invented by Dr. Hank Pym, super- genius (Michael Douglas). Hank’s been looking for a younger suit-filler, and he hand picks ex-con Scott Lang (Paul Rudd), who’s looking to go straight after serving time for some illegal high tech hacking.

Scott’s in line for the gig because Hank’s original protege, Darren Cross (Corey Stoll), had to go get all evil and shit, trying to sell all their shrink technology to HYDRA.

See, Hank has a history with S.H.I.E.L.D., and living so ironically in the Avengers universe is one of the things Ant-Man gets right. The writing team of Edgar Wright (Shaun of the Dead/Scott Pilgrim), Adam McKay (Anchorman/Step Bothers), Joe Cornish (Attack the Block) and Rudd (Role Models) brings some serious cred, with solid instincts for what this hero needs to stand out in the Marvel lineup.

Ant-Man’s backstory just isn’t that memorable, so the film wisely doesn’t spend too much time trying to chase some universal humanity that isn’t there. Instead, the script brings that wisecracking, wry humor the writers know well and Rudd excels at delivering. He makes Lang instantly likable and Ant-Man easy to root for, even in the midst of some clunky exposition.

Collateral damage from the dude-a-thon? Hank’s daughter Hope (Evangeline Lilly). Sure, you can knock the entire Marvel franchise as one extended bro-down, but this under-written character is so poorly realized it just becomes a distraction, failing to justify the future that seems in store.

Director Peyton Reed (The Break Up) jumps enthusiastically into the superhero pool, providing a number of memorable set pieces and some truly dazzling visuals as the tiny Ant-Man navigates his immense surroundings. A Thomas the Tank set suddenly becoming a gigantic battleground of rolling tracks and cheeky engines? I’m in.

The payoffs get bigger as our hero gets smaller and the origin story fades farther in the rear view. Expect some Avenger cameos, with two extra scenes after the credits start rolling, and enough self-aware vibe to make Ant-Man‘s corner of the Marvel playground seem like a cool place to hang. 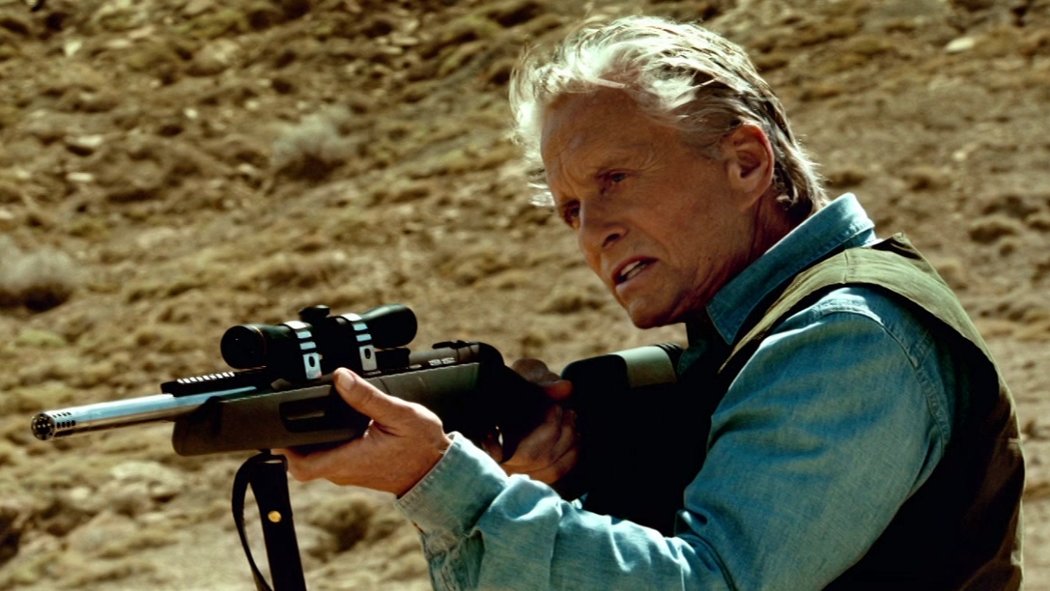 And So It Goes

Michael Douglas turns 70 this year, and though, in younger years, he carved out some memorable characters, in his final lap he’s really found his niche. No longer dependent on the vain smolder of his unreasonably popular 90s output, the battle-tested pro has settled into a groove playing elderly scoundrels. And So It Goes offers him another opportunity, this time with Oren Little, widowed misanthrope.

Oren falls for lounge singing sweetheart Leah (Diane Keaton), but his abrasive personality and a mind-numbing series of contrivances stand in the way of true love.

Though Keaton simply recycles the same character she’s played with minor variations since 2003’s Something’s Gotta Give, the banter between these two vets is never less than charming.

But let me ask you something…when was the last time Rob Reiner made a good movie? Admittedly, he directed, bar none, cinema’s greatest mockumentary, as well as two of the best Stephen King adaptations on record. His whole Eighties catalog impresses and entertains.  A Few Good Men doesn’t suck outright.

In 1997, Andrus wrote As Good As It Gets, a yarn about a curmudgeonly loner whose heart is warmed by a series of humanizing obstacles and the love of a good woman. In 2014 it’s the same story, different obstacles.

Conflict appears and conveniently disappears as soon as it’s served its purpose. One hollow plot device after another springs up to teach lessons and warm hearts, yet keep the two love birds apart. The lazy scripting is almost as offensive as the way the film casually embraces the stereotype that the elderly are racist. Reiner gives Andrus’s lines an eye rolling “oh those racist scamps” kind of spin that’s beneath the characters these actors are trying so valiantly to create.

The whole team is simply cashing in on the new market for old talent, films like Something’s Gotta Give and Best Exotic Marigold Hotel having proven that there is an audience for late life romances. The great thing about that revelation is that it allows talents like Keaton, Douglas and others the opportunity to lead films.

The unfortunate side effect – one felt in any proven cinematic market – is the soulless cash grab.