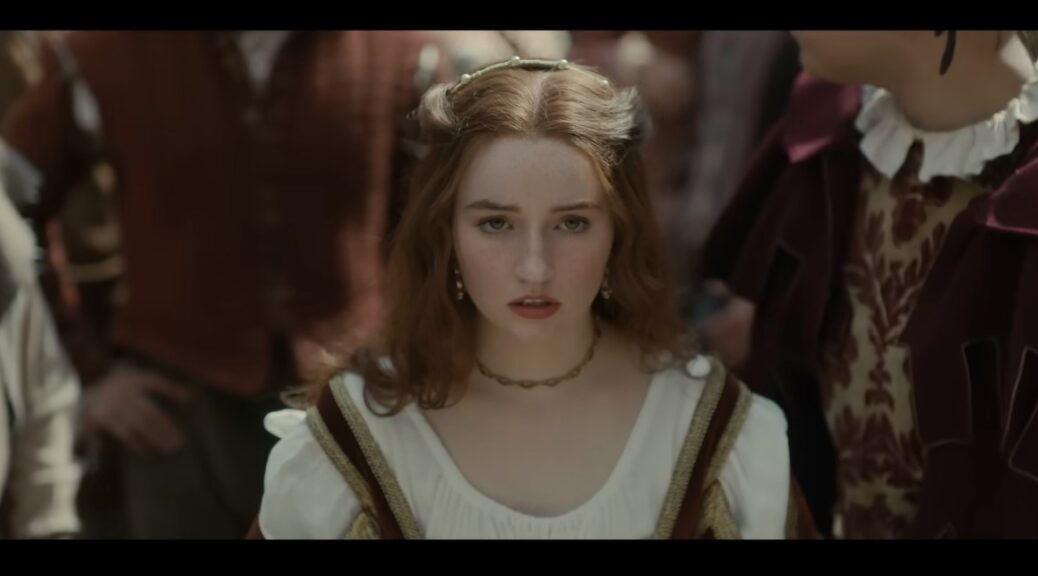 Sometimes it’s fun to reconsider a Shakespearean story from the perspective of a side character. Rosencrantz and Guildenstern got their own play. Juliet’s nurse got her own book. So why not Romeo’s first love, Rosaline?

Director Karen Maine takes Rebecca Serle’s YA novel When You Were Mine back to Verona for a savvy, fun if slight reimagining of the Bard’s tragic love story. Kaitlyn Dever (who also produces) stars in a comedy that pokes holes in old-fashioned concepts of romance.

Devers is Rosaline, beloved of Romeo (Kyle Allen, your future He-Man, here sporting an eerily Heath Ledger look). He climbs her balcony at night, brings her roses, speaks such poetry – so when he finally tells her he loves her, why does she freeze?

It doesn’t matter. She’ll make it up to him at the masquerade ball, where Montagues and Capulets can dance together without anyone ever knowing. Brilliant! But she’s held up by one of her dad’s stupid suitors, Dario (Sean Teale, of the strong jawline and perfect teeth). By the time she gets to the ball, everyone’s gone. Romeo is long, long gone.

But soon enough she realizes it’s her young cousin Juliet (Isabela Merced) he’s fallen for. So, Rosaline takes Juliet under her wing in an attempt to undermine the new romance, to comedic ends.

The best bits come by way of Rosaline’s nurse, played with droll perfection by Minnie Driver, but the entire supporting cast is rock solid. Bradley Whitford is a charmingly befuddled father, Nico Hiraga gives good reason that Steve the Courier never seems to deliver packages properly, and Spencer Stevenson gets off a couple of chuckles as Paris. Anachronistic dialog fits the fun.

Maine’s film, written for the screen by Scott Neustradter and Michael H. Weber (who together penned The Spectacular Now, 500 Days of Summer, The Fault in Our Stars), is intentional in the way it dismantles damaging tropes of romance. Classic romantic stories pit women against women. And the best-known romance of all time ends with two youngsters making the dumbest decisions ever put to paper.

Rosaline recognizes this and makes light entertainment of it all. Dever is more than strong enough to carry the comedy. Her heroine offers stubbornly wrong-headed reasons for resilience and it’s hard to root against her. There’s nothing profound here, but it’s a breezy bit of fun.