The Shadow of Violence

Just how Irish is The Shadow of Violence?

Well, it’s got enough of its Irish up that hearing “Whiskey in the Jar” play on a barroom jukebox feels like being part of an inside joke. And that’s about the only funny business in a film that fuses multiple inspirations into one searingly intimate rumination on a life defined by violence.

Douglas “Arm” Armstrong (Cosmo Jarvis) was once a promising Irish boxing champion, but left the gloves behind for the reliable income and familiar treatment offered by the Devers crime family. As their chief enforcer, Arm is feared, which often hampers his relationship with his ex Ursula (Naimh Algar) and their autistic son Jack.

The delicate co-existence of Arm’s two worlds is a constant struggle, but when family patriarch Paudi Devers (Ned Dennehy) finally orders Arm to kill, it becomes clear there is room for only one set of loyalties.

Director Nick Rowland and screenwriter Joseph Murtagh adapt Colin Barrett’s short story “Calm With Horses” with a tightly-wound sense of tension and brutality that propels a fascinating curiosity about the lasting effects of violence on the ones dishing it out.

While recalling films from the classic (On the Watefront) to the underseen (The Drop), Rowland’s feature debut carves out its own rural identity thanks to an instinct for detail (watching two Irish gangsters debate the wisdom of fleeing to Mexico is perfection) and a marvelous cast.

Jarvis makes Arm an endlessly sympathetic brute, providing a needed depth to Arm’s slow awakening about who is and isn’t worth his trust. Much of that trust is given to Paudi’s heir apparent Dympna, an unrepentant manipulator brought to menacing life by Barry Keoghan (The Killing of a Sacred Deer, Dunkirk), who again shows why you don’t want to miss any film with him in it.

But it’s Arm’s time with Ursula and Jack (Kiljan Moroney) that reminds him of the kind of man he wants to be, one that knows the difference “between loyalty and servitude.”

These moral complexities of a man questioning his sense of the world are what gives The Shadow of Violence its voice, one that speaks most eloquently in the spaces between the bloodshed. 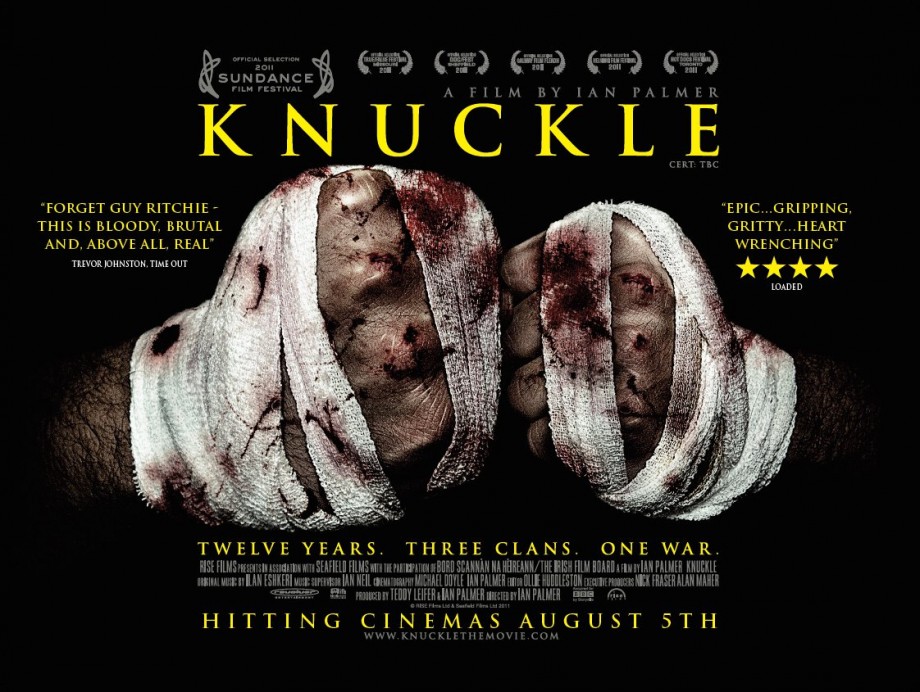 Are you ready? It’s just about time to find your Guinness T-shirt and crack everybody up with “You know what I wish? IRISH I had another beer!” Yeah, that one always kills, most likely because all your friends are hammered.

But aside from the blackouts and inflated drink prices, let’s celebrate the season with five..er..six of our favorite Irish flicks!

Let’s start with the pretend Irish here at home. Jesus, these brogues are terrible. Just awful. But writer/director Troy Duffy’s sordid story of the righteously violent McManus twins did find an audience. They’re out to clean up the Boston they love – or at least ensure that it’s the Irish, not the Russians, allowed to shoot up the neighborhood. Steeped in Catholicism, blood, pathos and, again, the worst imaginable accents, Boondock Saints is weirdly watchable. It helps that Willem Dafoe tags along as one bat shit insane FBI agent.

Those are a few of our favorites…and if you think we missed any…let’s meet at the bar and fight about it! 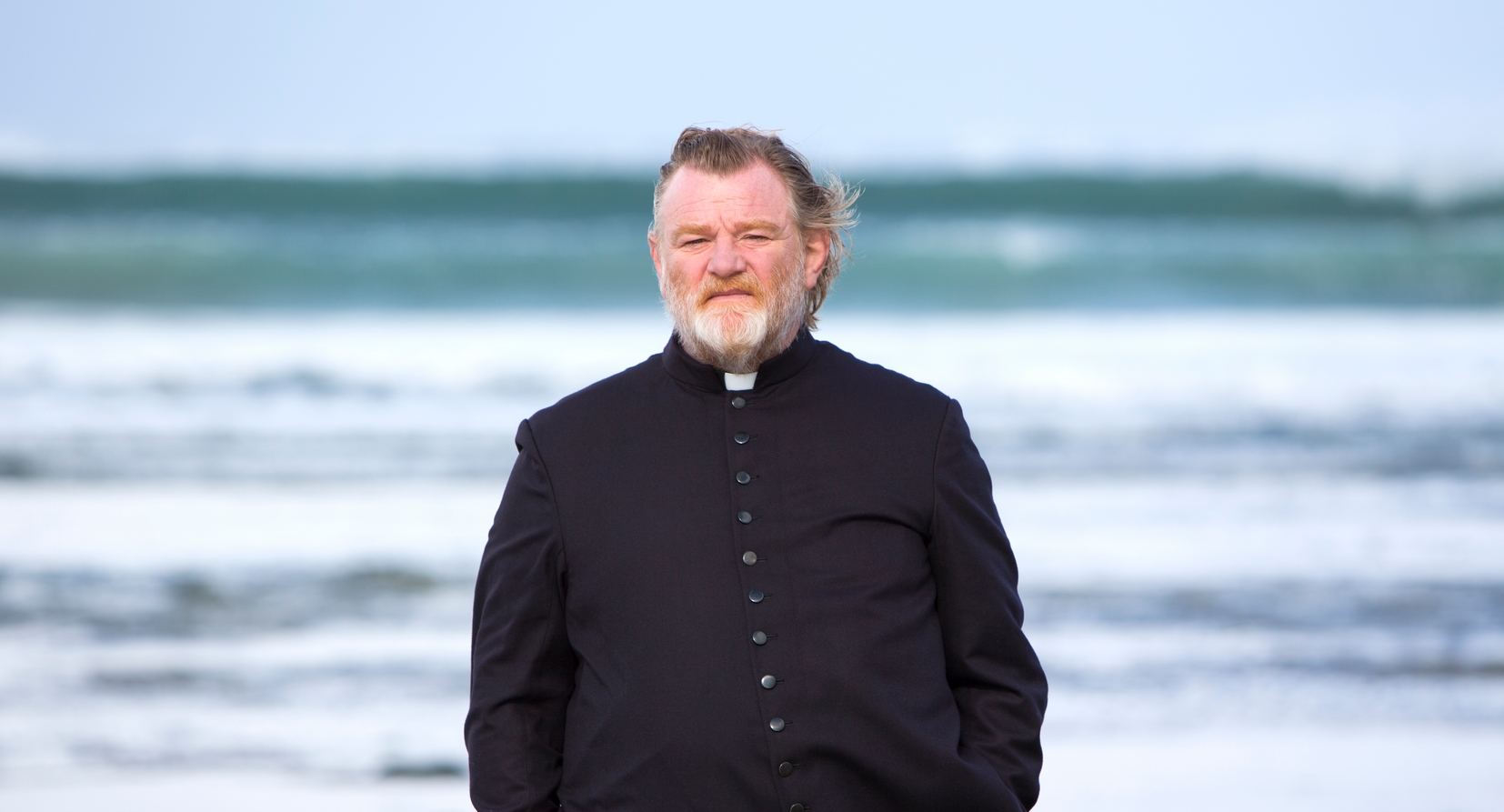 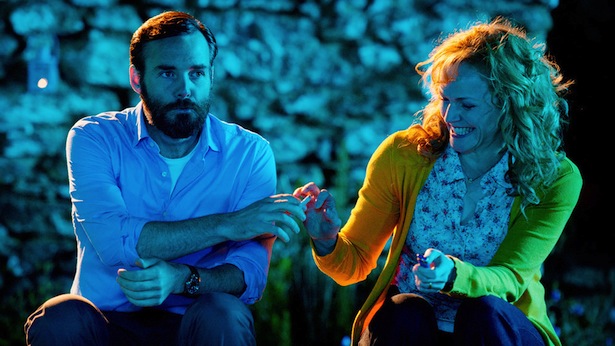 Five years ago, if someone said to me that Will Forte would become a respected talent in independent cinema, I would have said, “Nice to meet you, Will Forte’s mom.”

Who could have know that the mostly forgettable SNL star would have such a way with understated authenticity? But with his Golden Globe-nominated turn as the very patient son in Alexander Payne’s Nebraska, we got a glimpse of what he could do. Run & Jump offers another such sighting.

Forte plays Ted, an American psychological researcher living for two months with an Irish family that’s coming to terms with the patriarch’s stroke. Thirty-eight-year-old Conor Casey’s entire personality changes due to the damage done to his brain, and while Ted observes Conor’s condition, he also witnesses the unraveling of a family held together by a vibrant mother (Maxine Peake).

It’s Peake who steals the show with such a raw and lovely performance. You can see the anguish and optimism duking it out in this effervescent redhead’s every thought. Thanks to Peake and a handful of multidimensional, natural performances, the film never feels false or contrived.

It’s a credit to co-writer/director Steph Green’s light touch that this complicated, even heavy premise can feel so genuine. Green’s nimble writing introduces scores of grand ideas, and under the direction of a lesser craftsman, the film would have crumbled with the weight of it. Run & Jump does not. Instead, it feels like the kind of endless mess real life often becomes.

Compassion and resilience are as bountiful as the gorgeous landscape, and both family and sun-dappled environment are fimled equally lovingly. Whether the artist is new to you (Green, Peake), or a familiar face with hidden talent, each plays a remarkable part in animating this fresh charmer.