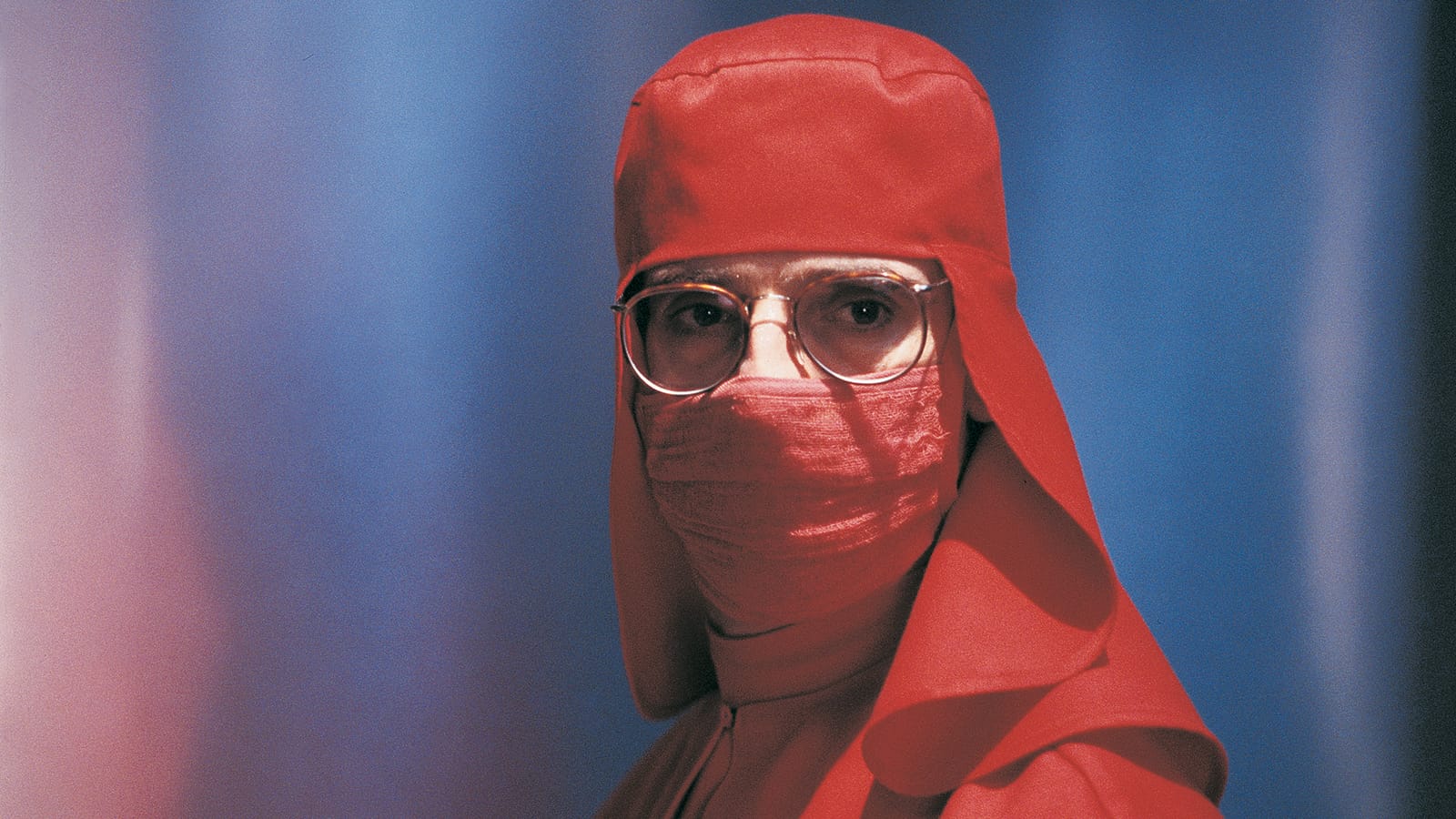 As we salute the tireless work of our great doctors and health care workers during this uneasy time, Fright Club looks at our favorite “bad doctors” in horror!

Jeffrey Combs, with his intense gaze and pout, his ability to mix comic timing with epic self righteousness without turning to caricature, carries the film beginning to end. His Dr. Herbert West has developed a day-glo serum that reanimates dead tissue, but a minor foul up with his experimentations – some might call it murder – sees him taking his studies to the New England medical school Miskatonic University. There he rents a room and basement laboratory from handsome med student Dan Caine (Bruce Abbott).

Re-Animator is fresh. It’s funny and shocking, and though most performances are flat at best, those that are strong more than make up for it. First-time director Gordon’s effort is superb. He glories in the macabre fun of his scenes, pushing envelopes and dumping gallons of blood and gore. He balances anxiety with comedy, mines scenes for all they have to give, and takes you places you haven’t been.

This film is about separation anxiety, with the effortlessly melancholy Jeremy Irons playing a set of gynecologist twins on a downward spiral. Writer/director David Cronenberg doesn’t consider this a horror film at all. Truth is, because the twin brothers facing emotional and mental collapse are gynecologists, Cronenberg is wrong.

Take, for instance, the scene with the middle aged woman in stirrups, camera on her face, which is distorted with discomfort. Irons’s back is to the screen, her bare foot to his left side. Clicking noises distract you as the doctor works away. We pan right to a tray displaying the now-clearly-unstable doctor’s set of hand-fashioned medical instruments. Yikes.

Irons is brilliant, bringing such flair and, eventually, childlike charm to the performances you feel almost grateful. The film’s pace is slow and its horror subtle, but the uncomfortable moments are peculiarly, artfully Cronenberg.

After a handful of middling Dutch comedies, Tom Six stumbled upon inspiration – 100% medically accurate inspiration. Yes, we mean the Human Centipede. Just the First Sequence makes the list, though.

Although the film mines something primal about being helpless in the hands of surgeons and doctors, it’s Dieter Laser and his committed, insane performance that elevates this film. That and your own unholy desire to see what happens to the newly conjoined tourists.

An awful lot of that success lies in the remarkable performances. Pierre Brasseur, as the stoic surgeon torn by guilt and weighed down by insecurities about his particular genius, brings a believable, subtle egomania to the part seldom seen in a mad scientist role.

Still, the power in the film is in the striking visuals that are the trademark of giant French filmmaker Georges Franju. His particular genius in this film gave us the elegantly haunting image of Dr. Genessier’s daughter Christiane (Edith Scob). Her graceful, waiflike presence haunts the entire film and elevates those final scenes to something wickedly sublime.

Who else but Hannibal the Cannibal?

Anthony Hopkins’s eerie calm, his measured speaking, his superior grin give Lecter power. Everything about his performance reminds the viewer that this man is smarter than you and he’ll use that for dangerous ends. He’s toying with you. You’re a fly in his web – and what he will do to you hits at our most primal fear, because we are, after all, all part of a food chain.