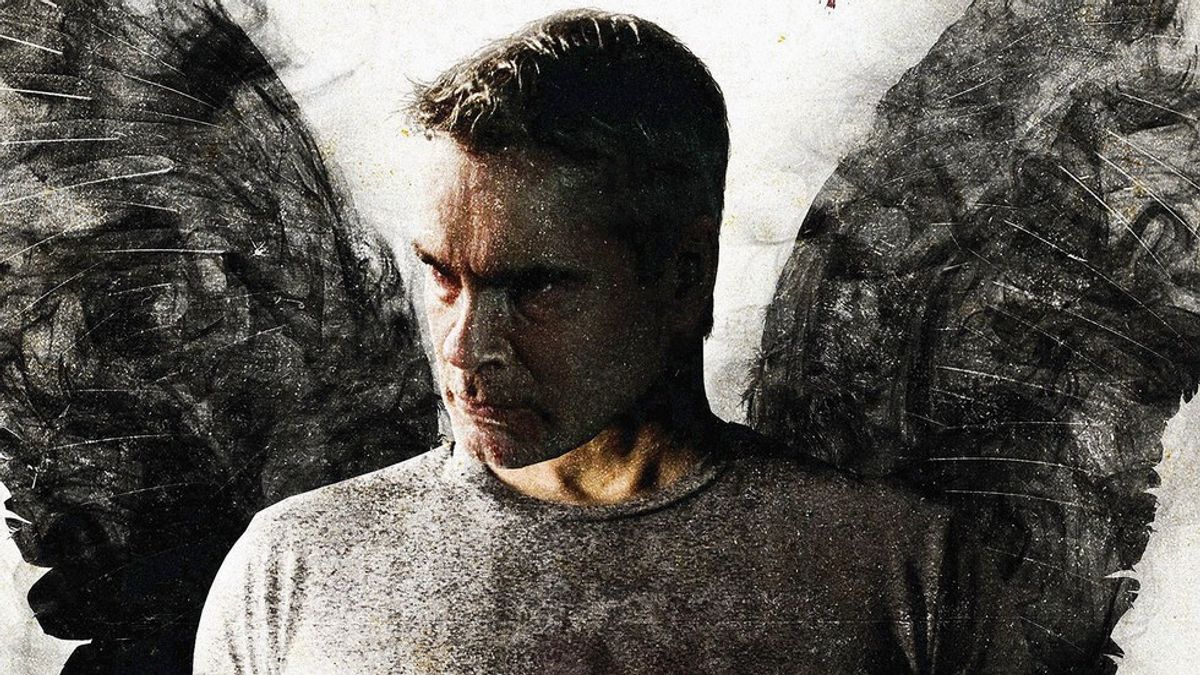 They’re powerful, beautiful, but not necessarily benevolent. Horror filmmakers have made great use of the heavenly hosts. Sometimes they arrive to protect us. Sometimes they don’t. Here are our five favorite horror films to bring heaven to earth.

Yes, this movie made the list based on a single scene. But that scene is so good! Fabio is an angel, wings and all. Patrick Ewing is the angel of death! There’s a quick glimpse of a young Samuel L. Jackson, and George C. Scott chooses a strangely upbeat delivery for the line, “I’m so sorry you were murdered, Thomas. I miss you.”

It’s a dream sequence, a foreboding scene in which Kinderman (Scott) meanders through a holding station between life and afterlife. The piece is weird, a bit gruesome and gorgeous. Its tone and look differ wildly from the rest of the film, but incredible nonetheless.

With a funny shuffle step and a blank stare, Henry Rollins announces Jack, anti-hero of the noir/horror mash-up He Never Died, as an odd sort.

Jack, you see, has kind of always been here. The “here” in question at the moment is a dodgy one-bedroom, walking distance from the diner where he eats and the church where he plays bingo. An exciting existence, no doubt, but this mindlessness is disturbed by a series of events: an unexpected visit, a needed ally with an unfortunate bookie run-in, and a possible love connection with a waitress.

So, is it on Widen that the movie is kind of terrible?

Terrible in an incredibly fun and watchable way, though. Somehow the unusually talent-stacked cast doesn’t feel wasted as much as it does weirdly placed.

There is no question this film belongs to Christopher Walken as the angel Gabriel. (Why are filmmakers so willing to believe Gabe will turn evil?) His natural weirdness and uncanny comic timing make the film more memorable than it deserves to be, but when it comes to sinister, Viggo Mortensen cuts quite a figure as Lucifer. Don’t forget, he was an angel, too.