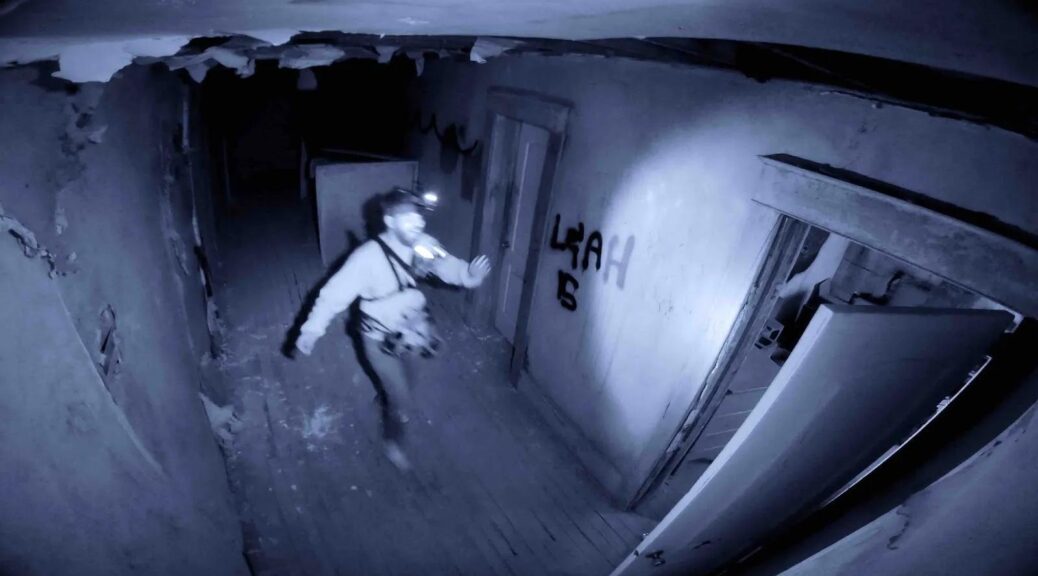 If you’re old enough to remember Al Franken’s “one man news gathering unit” bits on SNL, you’ll get an extra few kicks out of Deadstream, a Shudder original that packs smart, sarcastic, silly and scary into a fun 87 minutes.

Joseph and Vanessa Winter share writing and directing duties, with Joseph also starring as Shawn Ruddy, a disgraced internet personality. After seven years hosting his “Wrath of Shawn” livestream stunt show, Shawn’s trying to win back the followers lost through a series of ill-fated hijinks (such as paying a homeless guy to fight him).

So Shawn figures there’s only way to pull off “the biggest comeback event since the first Easter.” He will confront his greatest fear live on camera.

Strapping on a Franken-worthy solo streaming outfit, Ruddy begins a live broadcast from inside Death Manor, “the most haunted house in the United States.” Of course, the one man nature of Ruddy’s show means Joseph is the only actor in the early going, and he proves to be a naturally engaging and amusing guide through the possibly supernatural.

Even as the film’s pace moves from calm to chaotic, Joseph gives Ruddy some sharp comic timing, reacting to viewer comments with deadpan asides and his own accidental expletives with pleas of “don’t demonetize me!” Joseph is able to find that middle ground between clueless douchebag and lovable goofball, enough to make gags like Shawn’s cringe-worthy apology for a racist stunt land with a satirical LOL.

And just when you think this premise might be treading water, a Ruddy superfan (Melanie Stone) crashes the live stream to take the fear factor up more than a few notches.

The Winters also handled the film editing, which may be the real MVP. The multiple cuts between Ruddy’s camera, his computer screen, and security cameras in the house often come in a fast, furious nature, but the technical craftsmanship and narrative integrity never waver.

Deadstream is a slick piece of work. It lands solid wink-wink zingers at the expense of both horror tropes and internet culture, while earning the “horror” in horror comedy with some serious haunts in the house.