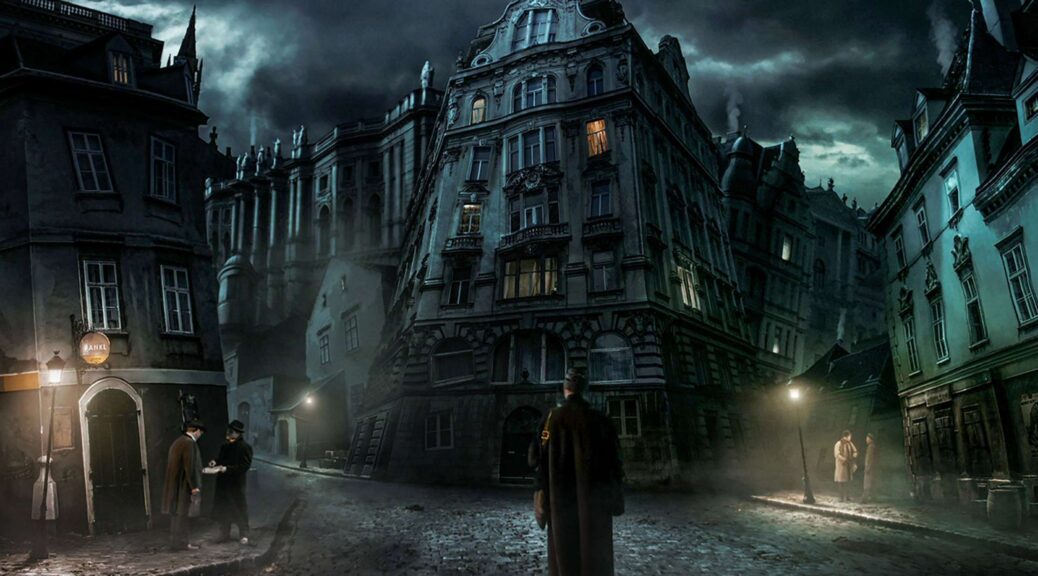 The fresh, filthy face of a collapsed Austro-Hungarian Empire lays the backdrop of this twisting thriller from seasoned director Stefan Ruzowitzky. Weaving through the Tim Burton-esque sets with recently released POW Peter (Murathan Muslu), we experience the growing pains of the newborn society through Peter’s archaic eyes. While acclimating to a new existence in an unknown home, Peter must solve a string of serial murders closely related to him.

The immediate allure of this film is its artistic and fantastical surroundings. Ruzowitzky and cinematographer Benedict Neuenfels dive into the eerie pales and grays of a war-torn country, careful to showcase the pains of progress. While the crumbled empire charges ahead with blinders glued to its eyes, the history of the city remains looming – a visual concept the director and cinematographer ensure is consistently highlighted.

The vision conjures a particularly moody 1980/1990’s Tim Burton. That comparison looms as evidently as the misshapen buildings, occasionally confusing the dark narrative in the semi-silly surroundings. Alas, though, this is perhaps an overly American way of viewing Ruzowitzky’s artistic choice.

The heightened demand of concentration on aesthetics masks some left-footed storytelling. Hinterland attempts to tackle a mountain of content: a rebirth of a nation, a traumatized POW’s place in his new society, a string of murders, romance, heartbreak – the list goes on.

While the film never fully falls, there are stumbles and skips due to this oversized load. Eventually, Hinterland transfers the burden to the audience, who must decide if their concentration will go to the scenery, the intense performances, or the weaving story. You may feel your knees buckle and legs shake under the heap.

This does not equate to unpleasant viewing. If you’re willing to carry the pile, like Sisyphus, you may find enjoyment in the strain.