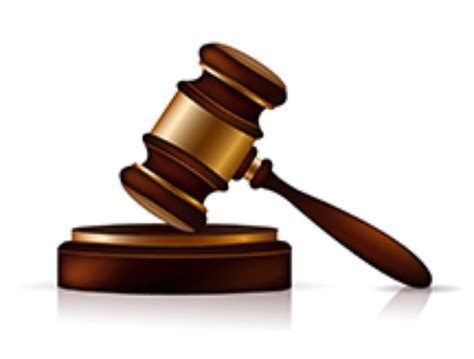 by Madden and Wolf, Esqs.

The idea felt funny to us, as well. The film has raked in buckets of cash and gotten enthusiastic high fives from most audiences.

But there’s a relatively small, yet very committed band of naysayers, eager to point out that so much of the film fails basic tests of logic.

Hey, you like what you like and nobody’s a bad person for dissing A Quiet Place, but MaddWolf Court is in session to consider the accusations.

1. “I can’t believe they let themselves get pregnant!”

When have people ever stopped fucking?

So much gnashing of teeth about the nail! Much has already been written about it, and we agree with the most common defenses: these exposed nails have happened in the history of building things, removing it could be loud, and most importantly, the nail is there to mess with you.

Unlikeable characters can be okay, ambitious even.

4. You can’t step on a twig but you can scream in a basement.

The soundproofed basement? The one they soundproof through the entire film in preparation for the coming of the baby? The one that gets flooded and you realize how utterly screwed the mom is going to be now?

5. Why didn’t they just build their house by the waterfall?

Houses are hard and noisy to build, or move. The ground near a waterfall is probably not that stable. Lumber is hard to transport when you can’t start your car for fear of slaughter.

6. Everything else the parents do

This movie is about an invasion of the Giant Ear Monsters, and people are upset because the characters don’t follow the universally accepted playbook for dealing with GEMs?

It reminds us of the horrifically realistic film Compliance, which got much finger-wagging from viewers upset with characters acting so unrealistically under pressure.

“No way they would do that, I wouldn’t have done that!” Well, congrats, but the real-life case history says people did exactly that.

Point being: you may think you know just what’s appropriate when the GEMs come, but you don’t. You’re overthinking, just enjoy the taut, well-executed ride.

And in closing, we propose that the chorus of voices eager to prove themselves smarter than A Quiet Place is actually a testament to how intelligent the film really is. It entertains us, scares us, and it also challenges us, which can be uncomfortable.

But countless nubile young women, making idiotic choice after illogical choice, on their way to a braless slaughter? Who cares? Classic slasher!

It’s also curious why the one line in the film that invites a closer inspection seems to be overlooked.

“Who are we if we can’t protect them?”

As a timely, tense metaphor for parenting in an increasingly terrifying and uncertain world, we think A Quiet Place…..nails it.