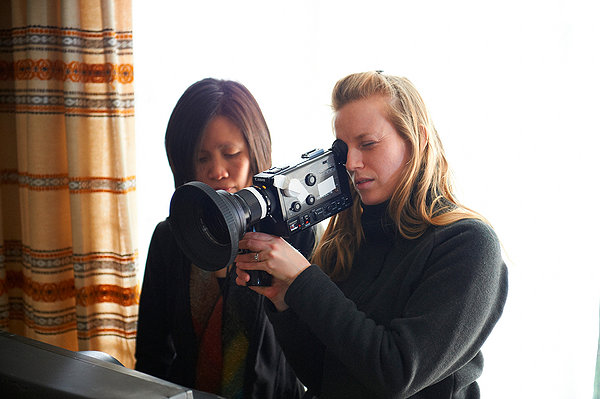 In Stories We Tell, director Sarah Polley lets the secrets in her own family history speak to all families, eloquently questioning truths in which we often take comfort.

She already had an extensive list of acting credits when 2006’s Away From Her established Polley’s additional skills as a writer and director. Her instincts are just as true in the documentary genre, perhaps more so, as a story that has intensely private beginnings becomes universal, entertaining and genuinely moving.

Normally, we include a film’s trailer when posting a review, but not in this case. Avoid it if you can, as knowing absolutely nothing about Polley’s family dynamics before seeing Stories We Tell adds a wonderful element of discovery.

In much the same manner Bart Layton structured his incredible documentary The Imposter last year, Polley moves the story along with the best possible pace, releasing new bits of information at the exact moment they will have the most impact. This holds true even halfway through the end credits, when she drops a bombshell that gives the entire saga a new perspective.

Though some of the family members involved are not shy about wanting the film anchored from their perspective, Polley is having none of it. Her film, personal as it may be, is crafted so well that a reexamination of your own family is almost inevitable. And yet, it unfolds in such an engrossing fashion, you may forget its not an adaptation of the latest best selling novel.

It is a testament to Polley’s own storytelling skill that she can turn the focus inward, and still prompt you to look at your own world in a different way.

Stories We Tell is, so far, the best film of the year.

One thought on “The Story of Her Life (and Ours)”