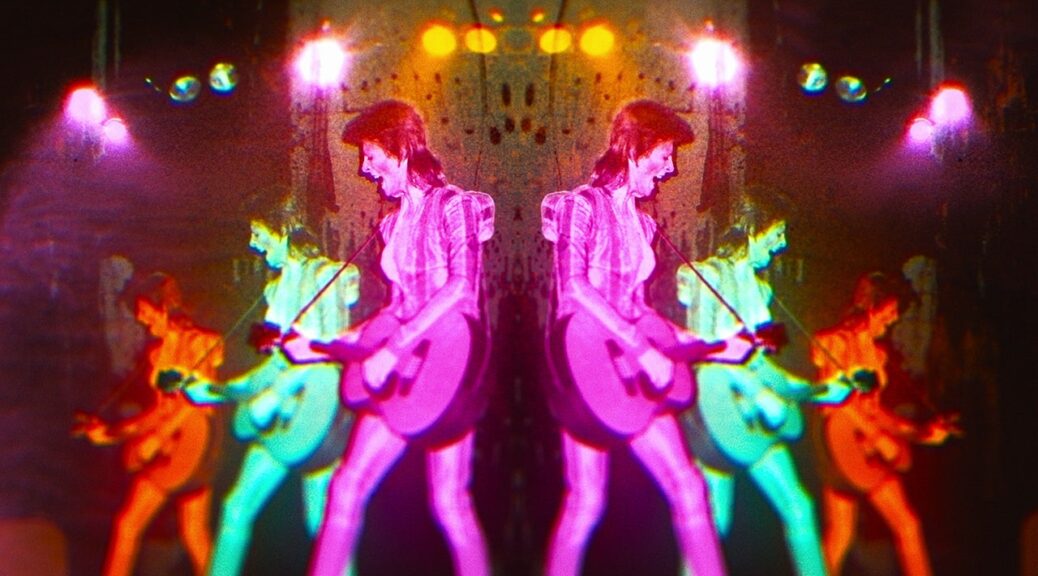 Longtime David Bowie fans know of his early fondness for the “cut up” method to writing songs – literally cutting up lines of written lyrics and then shifting them around in search of more enigmatic creations.

Bowie’s estate gifted Morgen with the key to the archives, and the celebrated documentarian (The Kid Stays in the Picture, Jane, Cobain: Montage of Heck) pored through the thousands of hours of footage for moments that could stand on their own while serving a greater narrative. The result is a glorious explosion of sound and vision, revealing Morgen’s choice to trust himself as film editor was also a damn good one.

Anchored by atmospheric bookends that evoke Bowie’s image as the ethereal “man who fell to Earth,” Morgen unleashes a barrage of concert sequences, still photos and interviews clips, interspersed with bits of old movies, news reports and pop culture references. It’s a luscious and cinematic (especially in IMAX) mashup, and one that slowly unveils a subtle but purposeful roadmap.

The music is thrilling and visceral, of course, but the interview footage reveals Bowie to be tremendously inquisitive and philosophical. We see him as a truly gifted artist who felt satisfaction when he “worked well,” but apprehension with new projects (such as painting) that didn’t yet meet his standards.

At first, Morgen’s approach may seem scattershot, as he appears more concerned with blowing our minds than chronological purity. But what becomes clear is that Morgen’s commitment leans toward grouping slices of Bowie’s life that speak to who he was (i.e. juxtaposing a “Rock and Roll Suicide” performance from the 70s with comments about his “sellout” 80s period). And by the time Bowie’s looking back fondly on his first meeting with wife Iman, an appropriate and touching timeline has emerged.

Though the last years of Bowie’s life are skirted just a bit, Moonage Daydream is like no music biography that you’ve ever seen. It’s a risky, daring and defiant experience, which is exactly the kind of film David Bowie deserves. Expect two hours and fifteen minutes of head-spinning fascination, and a sense that you’ve gotten closer to one Starman than you ever felt possible.