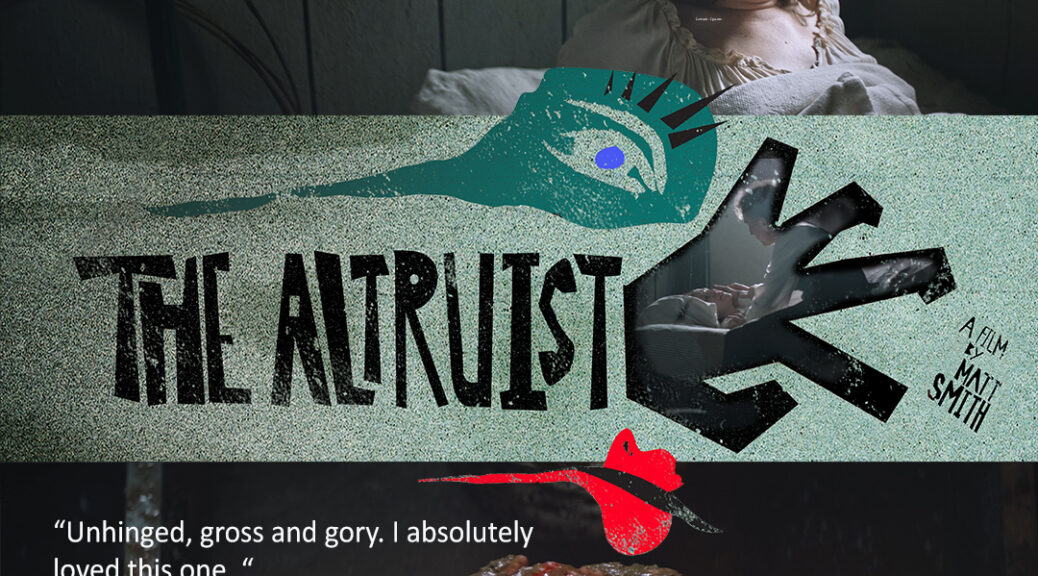 You will not see this one coming.

A fascinating amalgamation of absurdism, visual storytelling, mystery and body horror, Matt Smith’s short The Altruist alarms and entertains in equal measure. Menacing images — metal hooks hanging from a ceiling, filthy cellar walls, a woman in a befouled metal framed bed — to set a mood he will puncture in the most remarkable, unexpected and weirdly humorous ways.

Sound design, too, keeps telling you that you know what is about to happen. And yet, with every passing scene, you are bound to wonder What the hell is going on?

There is a layer of wild absurdity just beneath the expertly crafted horror environment, but Smith has more in store than cheeky sleight of hand. The story of Daniel (Smith) and his lady love (Elizabeth Jackson) mines a revulsion that, though extreme in this case, hits a nerve. And even that doesn’t go where you expect it to go.

Both actors deliver peculiarly lived-in and rounded characters. Jackson, who essentially repeats one line in varying degrees of neediness, defies limitations. Smith, who benefits from more space and dialog to work with, creates a tight mix of anxiety, guilt and longing.

By the time the film turns playfully sexual, well, just try not to be disturbed.

Set design, shot choices and Cronenberg-level viscera demand your constant attention. But more than anything, the film is a masterpiece of imagination. Icky, glorious imagination.

The Altruist begins screening on Bloody Bites from Bloody Disgusting and Screambox on September 19.