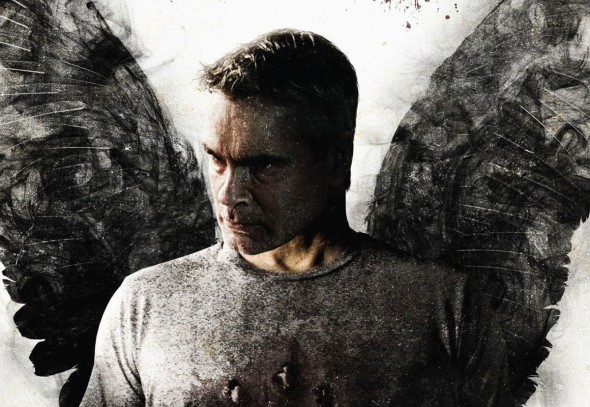 The rock star/horror movie crossover seems a natural extension of the darkness and cool of each, and it has happened countless times. Some of the crossovers are almost too obvious – Ozzy Osbourne in Trick  or Treat or Grace Jones as an aggressive stripper/vampire in Vamp. John Mellencamp, Iggy Pop, Cherie Curie, Jon Bon Jovi, and, of course, Meat Loaf – these rockers and others have lined up to dance with the dead.

But here are the best rock star performances in horror.

Let us just get this out of the way now – we don’t care for this film. Yes, John Carpenter is a master of horror, but this film felt stale in ’87 and it has not aged well.

However, perhaps the greatest stroke of genius Carpenter had when filming was to cast Alice Cooper as the leader of the demon-possessed band of shopping cart people.

As scientists and theologians hole up inside an abandoned church in a very bad neighborhood, they begin to notice the attention of the silent, menacing homeless man outside. And every time they look, he has more friends. It is possibly the only genuinely chilling image in the film, and much of the success is due to Cooper’s effortlessly menacing presence.

Alice Cooper’s stage persona makes him a perfect fit in horror – perhaps moreso than any other rock star. Indeed, he’s gone on to play Freddy Krueger’s father, a vampire, and all manner of supernatural lowlife in film. But for his most unsettling turn, all he needed was a disheveled appearance and his own natural presence.

Cons: Keanu Reeves cannot act. Winona Ryder can act – we’ve seen her act – but she shows no aptitude for it here, and lord she should not do accents. Anthony Hopkins has always enjoyed the taste of scenery, but his performance here is just ham-fisted camp.

Pros: Tom Waits as Renfield – nice! Creepy yet sympathetic, with that haggard voice, Waits brings a wizened mania to the character that’s more than refreshing. Likewise, Gary Oldman, who can chomp scenery with the best chewers in the biz, munches here with great panache. He delivers a perversely fascinating performance. His queer old man Dracula, in particular – asynchronous shadow and all – offers a lot of creepy fun.

With a funny shuffle step and a blank stare, Henry Rollins announces Jack, anti-hero of the noir/horror mash up He Never Died, as an odd sort.

Jack, you see, has kind of always been here. The “here” in question at the moment is a dodgy one bedroom, walking distance from the diner where he eats and the church where he plays bingo. An exciting existence, no doubt, but this mindlessness is disturbed by a series of events: an unexpected visit, a needed ally with an unfortunate bookie run-in, and a possible love connection with a waitress.

Easily the best acting of Sting’s career, his con man Martin turns out to be a far more malevolent presence in the Bates household than poor Norma (Joan Plowright – wonderful as always) and Tom (Denholm Elliott) could imagine.

Martin feigns a fainting spell on the street long enough to lift Tom’s wallet. When he returns it – cash light – to the address on the license, he quickly eyeballs the surroundings and claims to be the fiancé of their bedridden daughter Pattie (Suzanna Hamilton).

The film mines layer after layer of repression – societal, sexual, religious and other – as it plays on your constantly expanding sense of dread. Sting is wonderful. His playfully evil performance and the way he eyes the audience/camera gives him the air of something far more unwholesome than your run of the mill conman. Maybe even something supernatural.

As bizarre as anything he ever made – even Cosmopolis – Videodrome shows an evolution in David Cronenberg’s preoccupations with body horror, media, and technology as well as his progress as a filmmaker.

James Woods plays sleazy TV programmer Max Renn, who pirates a program he believes is being taped in Malaysia – a snuff show, where people are slowly tortured to death in front of viewers’ eyes.

Punk goddess Deborah Harry co-stars as a seductress intrigued by the slimy Renn. Harry is, as always, effortlessly sultry – a quality that works queasyingly well in this Cronenberg head trip.

But the real star is Cronenberg, who explores his own personal obsessions, dragging us willingly down the rabbit hole with him. Corporate greed, zealot conspiracy, medical manipulation all come together in this hallucinatory insanity that could only make sense with the Canadian auteur at the wheel.

Catharine Deneuve is the old world vampire Miriam, David Bowie is her lover. But he suddenly begins aging, and she needs to find a replacement. Enter Susan Sarandon as a medical specialist in unusual blood diseases and a fine actress who’s not above smooching other girls.

There are three reasons people still watch it: Bowie, Catherine Deneuve’s seduction of Susan Sarandon (classy!), and the great dark-wave Bauhaus number Bela Lugosi’s Dead. Together it’s a Goth Trifecta! And Goths do love them some vampires.