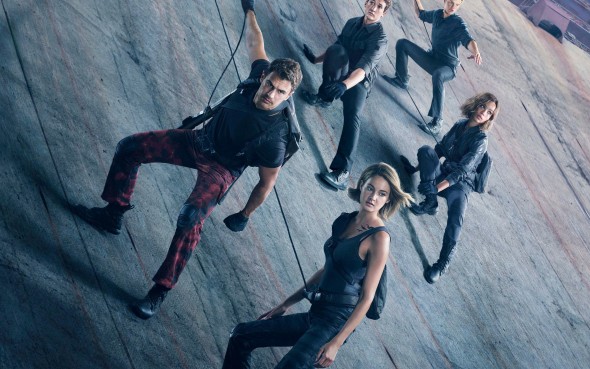 For anyone waiting with bated breath for the conclusion of Tris Pryor’s heroic quest through the Divergent series, expect to be disappointed by The Divergent Series: Allegiant. The final book in the series has been split into two films – a choice we should, by this time, expect from a cash cow-ready industry.

For anyone hoping for a bit of entertainment regardless of the split, you should also expect to be disappointed. Director Robert Schwentke’s slick but soulless third act can’t overcome the dull pacing, superficial scripting, or one dimensional characters that have plagued the series since its inception.

Tris (Shailene Woodlely) broke from the factions that kept her society separated, then toppled the dictatorship that sought to oppress her people. Now she sees the same mistakes being made, but she believes there is something more beyond the wall around the city. She and her rag tag group of friends will find what’s out there – but what if it’s just more of the same?

Unfortunately for Tris and for all of us, that is exactly what the film offers. More and more and more of the exact same – all of it handled with far more energy and integrity in the Hunger Games series.

Woodley is a genuine talent, but she doesn’t seem to have the energy to even try, and who can blame her? She’s wasted in one more film where she does little more then look ponderous, then look thoughtful, now fierce but vulnerable.

Miles Teller – another actual talent – also returns as the woefully underused opportunist, and though his dialog is just as flat and obvious as everyone else’s, he does offer the only bright spots in an otherwise endless expanse of blandness.

Schwentke’s visual style offers slapped together images from Seventies SciFi, while his direction goes the extra mile when it comes to telegraphing every line, move, or event in the film. The final product is a by-the-numbers adolescent adventure lacking all energy and imagination.

And there’s still one more to get through.