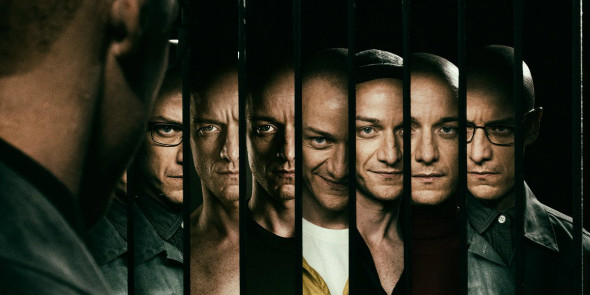 Horror has not always treated the mentally ill very well. Many filmmakers twist notions of “crazy” into varying degrees of evil, but rarely with any real thought to the pathology behind it.

Some films and filmmakers make an attempt to examine illness and mine it for both humanity and fear, since nearly all illnesses of any kind are marked by both. Here are our five (OK, maybe six) favorite films dealing in mental illness.

We’re cheating here, but George Romero’s 1973 insanity plague flick offers much, as does its 2010 reboot by the otherwise useless Breck Eisner, so we’re combining.

Just three years after Night of the Living Dead, the master found himself interested in taking his zombiism concepts in a different direction. Two combat veterans are at the center of the film, in which a chemical weapon is accidentally leaked into the water supply to a Pennsylvania town. Those infected go helplessly mad. Military incompetence, the needless horror of Vietnam, and the evil that men can do when ordered to do so are all central conceits in this film.

Romero may not have always had the biggest budget, best actors, or best eye for composition, but his ideas were so far ahead of their time that modern horror would not exist in its current form without him. His ideas were not far-fetched, and they fed the imaginations of countless future filmmakers. You can see Romero’s ideas and images from this film repeated in 28 Days Later, Return of the living Dead, Signal, Cabin Fever, Super 8, even Rambo – and, obviously, in the remake.

Eisner’s version offers solid scares, inventive plotting, and far better performances than expected in a genre film. Both films begin by articulating humankind’s repulsion and fear of infection before introducing the greater threat – our own government. Eisner’s greatest strength is his cast. The eternally under-appreciated Timothy Olyphant and Radha Mitchell, unerringly realistic as husband and wife, carry most of the grisly weight, aided by solid support work from folks who are not afraid to be full-on nuts.

A transfixing James McAvoy is Kevin, a deeply troubled man harboring 23 distinct personalities and some increasingly chilling behavior. When he kidnaps the teenaged Casey (The Witch‘s Anya Taylor-Joy) and her two friends (Haley Lu Richardson, Jessica Suva), the girls are faced with constantly changing identities as they desperately seek an escape from their disorienting confines.

Meanwhile, one of Kevin’s personalities is making emergency appointments with his longtime therapist (Betty Buckley, nice to see you), only to show up and assure the Dr. everything is fine. She thinks otherwise, and she is right.

The split personality trope has been used to eye-rolling effect in enough films to be the perfect device for Shyamalan’s clever rope-a-dope. By often splitting the frame with intentional set designs and camera angles, or by letting full face close-ups linger one extra beat, he reinforces the psychological creepiness without any excess bloodshed that would have soiled a PG-13 rating.

Still, it all might have gone for naught without McAvoy, who manages to make Kevin a sympathetic character while deftly dancing between identities, often in the same take. He’s a wonder to watch, and the solid support from Buckley and Taylor-Joy help keep the tension simmering through speedbumps in pacing and questionable flashbacks to Casey’s childhood.

Ryan Reynolds is Jerry. And Mr. Whiskers. And Bosco. Which is appropriate, because all three characters are all the same, too. Jerry hears voices. They are the voices of his pets a kindly dog (Bosco) and an evil cat (Mr. Whiskers).

As Jerry sees it, his house is a cool pad above a nifty bowling alley, his job is the best, his co-workers really like him, and his positive disposition makes it easy for him to get along. Bosco agrees.

But Mr. Whiskers thinks Jerry is a cold blooded killer, and though Mr. Whiskers is OK with that, Jerry doesn’t want to believe it. So he should definitely not take his pills.

An outstanding cast including Anna Kendrick, Jacki Weaver and Gemma Arterton join Reynolds in a really touching film that looks sideways at mental illness. While the film certainly find reason to fear the outsider, it’s also surprisingly sympathetic to his plight.

Christian (Evan Dumouchel) is killing it. He’s benching 250 now, looks mussed but handsome as he excels at work, and he’s even gotten up the nerve to ask out his smokin’ hot boss. On his way home from work to change for that date he runs into his best friend from childhood, Wyatt (MacLeod Andrews), who’s looking a little worse for wear. Christian doesn’t care. With just a second’s reluctance, Christian invites him in – to his apartment, his date, and his life.

But there is something seriously wrong with Wyatt.

Writer/director Perry Blackshear’s film nimbly treads the same ground as the wonderful Frailty and the damn near perfect Take Shelter in that he uses sympathetic characters and realistic situations to blur the line between mental illness and the supernatural.

Wyatt believes there is a coming demonic war and he’s gone to rescue his one true friend. Andrews is sweetly convincing as the shell shocked young man unsure as to whether his head is full of bad wiring, or whether his ex-fiance has demon fever.

The real star here, though, is Dumouchel, whose character arc shames you for your immediate assessment. Blackshear examines love – true, lifelong friendship – in a way that has maybe never been explored as authentically in a horror film before. It’s this genuineness, this abiding tenderness Christian and Wyatt have for each other, that makes the film so moving and, simultaneously, so deeply scary.

← So that happened…
I Want to Believe →
Scroll Up