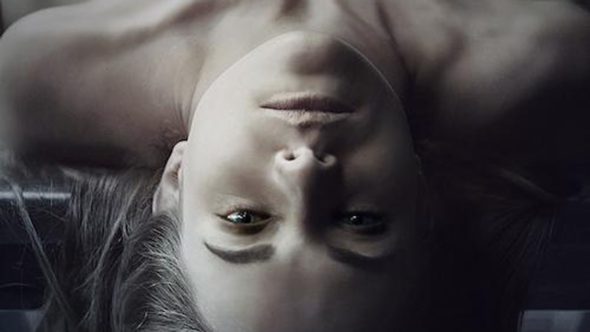 A few weeks ago we covered Sex and Death. That is, the act of sex leads directly to death. Sex kills you.

This week, as a kind of wrong-headed sibling, we talk with B Movie Bros about Death and Sex. Which is to say, the death part comes first. Either party can be dead, or both can. Reanimated corpses are fine, if that’s your thing. Just as long as at least one participant is dead.

Though few scenes go by that don’t showcase Katie Orgill’s bare breasts, this odd British import is just a sweet romance at its heart. It’s a romance between a young mortician/med student and the corpse of his unrequited love, which doesn’t sound that sweet, I’ll grant you, but between Mark Jax’s delusional naivete and the strangely tender script penned by director George Dugdale with Paul Hart-Wilden and Mark Ezra, the film may openly flirt with necromancy, but it courts true romance.

Why is Christine (Orgill) buried naked? Why does everyone hide their British accents—and so poorly? Why clutter the film with so many atrocious actors? Why is Orgill so bad at holding her breath? Who knows or cares, when Eartha Kitt plays the landlady?

The film is weirdly memorable—equally grotesque and tender-hearted. You can’t exactly look past its snail’s pace or poor acting, but it works on you. There’s not much else like it.

Young hospital orderly Pau (Albert Carbo) attends the morgue, where the famous actress Anna Fritz (Alba Ribas) awaits an autopsy come morning. He secretly texts a selfie with the body to two buddies. They show up to see the body.

Sort of a cross between 2008’s irredeemable rape fantasy Deadgirl and Tarantino’s brilliant Kill Bill, The Corpse of Anna Fritz will take you places you’d rather not go.

And while contrivances pile up like cadavers in a morgue, each one poking a hole in the credibility of the narrative being built, The Corpse of Anna Fritz has a lot more to offer than you might expect—assuming you stick it out past the first reel.

Or is Ruby (Jena Malone) the godsend of a friend Jesse needs?

Nope. And she’s not to be trusted with the kind of beautiful corpses you might find in an LA mortuary, either.

A hellish vision if ever there was one, the film opens on a filthy man with a lot of packing tape. He’s taking different types of nastiness, taping it inside a plastic drum to ferment, and eventually turning it into a drink or a drug. Hard to tell—loud drum banging follows, as well as hallucinations and really, really deep sleep.

What happens next? What doesn’t?! Incest, cannibalism, a lot of shared body fluids of every manner, rape, necrophilia—a lot of stuff, none of it pleasant.

There’s little chance you’ll watch this film in its entirety without diverting your eyes—whether your concern is the problematic sexuality or just the onslaught of viscous secretions, the screen is a slurry of shit you don’t really want to see.

Rated R for “an abundance of outrageous gore,” Dead Alive is everything the young Peter Jackson did well. It’s a bright, silly, outrageously gory bloodbath.

Lionel Cosgrove (Timothy Balme) secretly loves shopkeeper Paquita Maria Sanchez (Diana Penalver).His overbearing sadist of a mother does not take well to her son’s new outside-the-home interests. Mum follows the lovebirds to a date at the zoo, where she’s bitten (pretty hilariously) by a Sumatran rat-monkey (do not mistake this dangerous creature for a rabid Muppet or misshapen lump of clay).

The bite kills her, but not before she can squeeze pus into some soup and wreak general havoc, which is nothing compared to the hell she raises once she comes back from the dead. Soon enough, Lionel has a houseful of reanimated corpses, some of them a bit randy.

You ever wonder where a zombie baby comes from?

Subscribe in a reader
← Screening Room: Game On!
She Said She Said →
Scroll Up