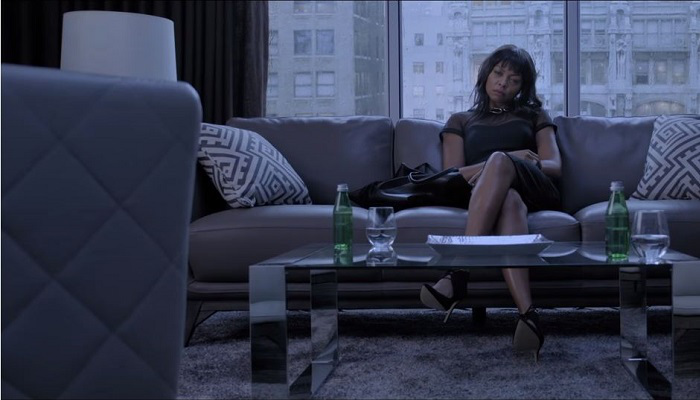 Acrimony begins with an on-screen definition of the word “acrimony.” That’s how much credit writer/director/producer Tyler Perry gives his audience.

He doesn’t treat his lead much better, again creating a strong female character who must receive her comeuppance.

She is Melinda (Taraji P. Henson), who’s under court-ordered anger management after harassing her ex-husband Robert (Lyriq Bent) and his new fiancee (Crystie Stewart). As Melinda tells her therapist why her anger is justified, she tells us, too, and just keeps on telling.

Flashbacks give us the Melinda and Robert story, while constant voiceovers spoon-feed us enough information to qualify as an audiobook. The organic dialogue offers no more nuance (cell phone rings once: “He isn’t picking up!”)

It’s contrived and obvious at nearly every turn, and though Henson delivers her usual spunk, Perry’s penchant for demonizing women who don’t stand by their men is on display. The hand he plays for the film’s finale smacks of a cop out, a “get out of jail free card” for how he’s written Melinda’s character.

That card gets trumped, and the final showdown fizzles into borderline camp. It’s a fitting end to a mess of a movie.