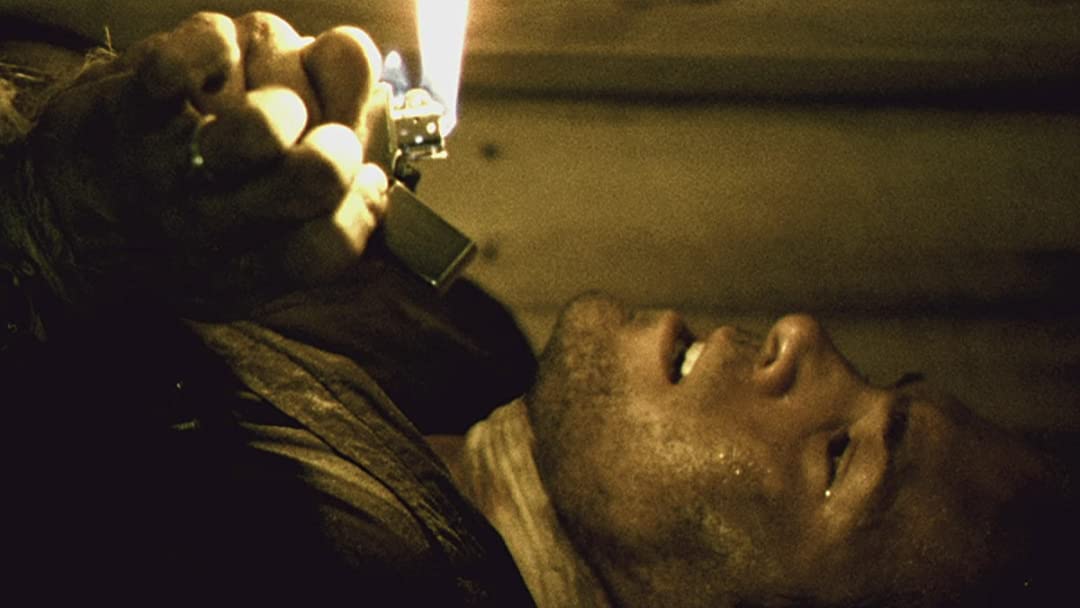 Claustrophobia is a common terror, which makes it a common theme in horror films. Whether the entire film generates a sense of entrapment (The Thing, Rec, Pontypool, Misery) or the filmmaker inserts moments of claustrophobic terror (Shadow in the Cloud, The Pit and the Pendulum), these movies hit a nerve. Today we spend some time in tight quarters counting down the most claustrophobic horror movies.

Nick Hamm’s 2001 thriller finds a handful of spoiled boarding school teens sneaking away while the school’s on holiday. They want to see what kind of trouble they can get into with a couple of undetected days in the underground bomb shelter they discovered well behind the school.

It’s all fun and games until they can’t get out.

Thora Birch delivers a brilliant turn as the lead — vulnerable and yet entirely conniving and psychotic, her Liz is mesmerizing. Kiera Knightly shines as well, as does Embeth Davidtz as a detective who won’t be fooled by Liz’s psychosis.

Cube is the film Saw wanted to be. These people were chosen, and they must own up to their own weaknesses and work together as a team to survive and escape. It is a visually awe-inspiring, perversely fascinating tale of claustrophobic menace. It owes Kafka a nod, but honestly, stealing from the likes of Kafka is a crime we can get behind.

Almost did not make it past the trailer for this one. A tour de force meant to unveil Ryan Reynolds’s skill as an actor, Buried spends a breathless 95 minutes inside a coffin with the lanky Canadian, who’s left his quips on the surface.

A truck driver working in Iraq who wakes up after being hit on the head, Paul Conroy finds himself inside a coffin. He has a cell phone and a lighter, but not the skill of Uma Thurman, so he is pretty screwed.

The simple story and Reynolds’s raw delivery make this a gut-wrenching experience.

Long before the first drop of blood is drawn by the monsters – which are surprisingly well-conceived and tremendously creepy – the audience has already been wrung out emotionally.
The grislier the film gets, the more primal the tone becomes, eventually taking on a tenor as much like a war movie as a horror film. This is not surprising from the director that unleashed Dog Soldiers – a gory, fun werewolf adventure. But Marshall’s second attempt is far scarier.
For full-on horror, this is one hell of a monster movie.

Back in ’88, filmmaker George Sluizer and novelist Tim Krabbe adapted his novel about curiosity killing a cat. The result is a spare, grim mystery that works the nerves.

An unnervingly convincing Bernard-Pierre Donnadieu takes us through the steps, the embarrassing trial and error, of executing his plan. His Raymond is a simple person, really, and one fully aware of who he is: a psychopath and a claustrophobe.

Three years ago, Raymond abducted Saskia (Johanna ter Steege) and her boyfriend Rex (Gene Bervoets) has gone a bit mad with the mystery of what happened to her. So mad, in fact, that when Raymond offers to clue him in as long as he’s willing to suffer the same fate, Rex bites. Do not make the mistake of watching Sluizer’s neutered 1993 American remake.