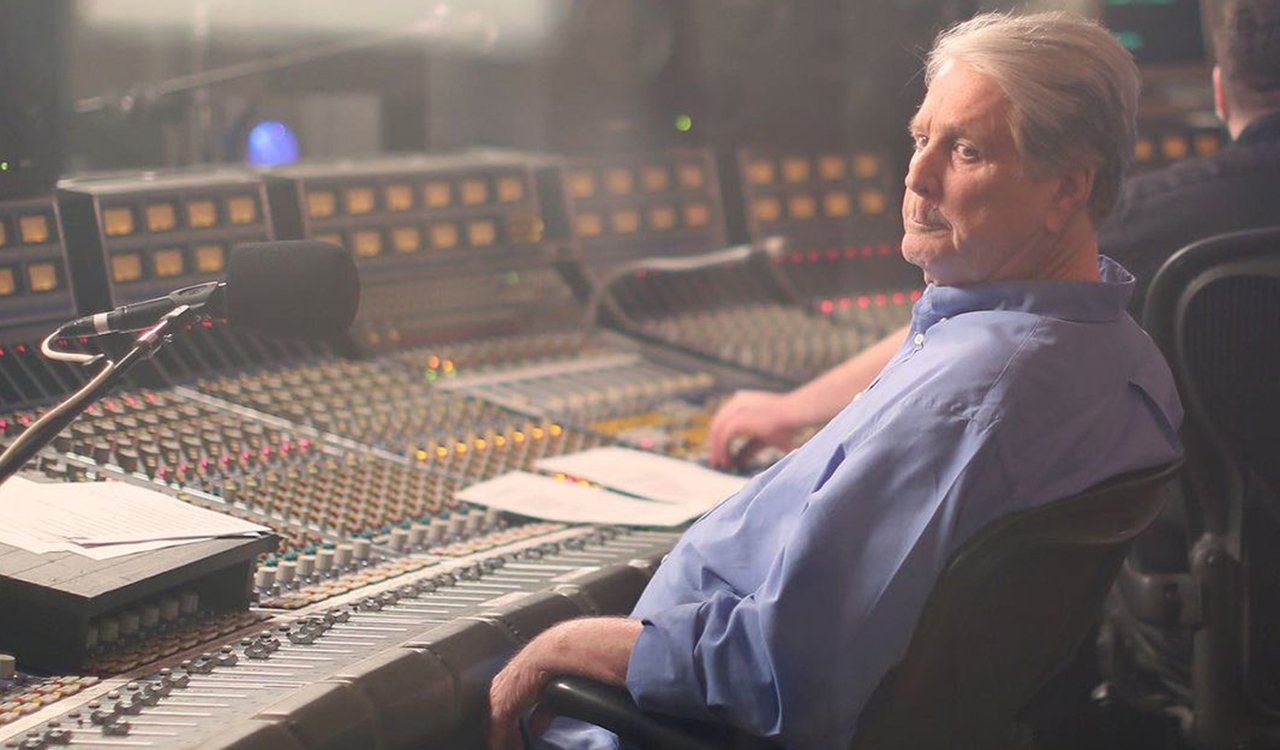 “Genius” is a term often thrown around too casually, but about one third of the way through Long Promised Road, a moment drops that leaves little doubt Brian Wilson fits the bill.

Veteran producer Don Was sits in a recording studio with the original masters of God Only Knows, the classic pop symphony Wilson wrote and produced for The Beach Boys in 1966. As Was isolates track after track of those ethereal harmonies, he’s left to just shake his head in amazement.

“I’ve been making records for 40 years, and I have no idea what he’s doing.”

Credited with being an innovator of recording studio possibilities and the architect of the unmistakable Beach Boys sound, Brian has a long list of music business admirers, and director/co-writer Brent Wilson lines up an array of famous faces to sing Brian’s praises. From Elton to Springsteen, Foo Fighters to Nick Jonas and more, we hear nothing but well-earned respect and praise for a once-in-a-lifetime virtuoso.

And that’s great, but it’s not exactly anything new.

What makes Long Promised Road resonate is the time we spend with the man himself, in rare moments when Brian feels safe enough to let his guard down and revisit people and places from his life and career.

Our guide is the film’s co writer Jason Fine, a longtime journalist who gained Brian’s trust over the course of several years and many conversations. Brian started hearing voices at age 21, and he is still troubled by mental health issues which can make formal, sit down interviews uncomfortable for him. So instead, Jason and Brian take to the road for some engaging carpool conversation.

They tool around Brian’s old California stomping grounds (some of which are now actual landmarks saluting him and The Beach Boys) as Jason asks about the past and Brian answers, while often calling out song requests for Jason to cue up in the car. Through it all, Brian comes across as a dear, sweet soul with minimal ego (he excitedly introduces himself to Vanna White in a diner), full of deep feeling and affection for those who’ve touched his life (even his father Murray and his longtime doctor Eugene Landy – whose relationships with Brian were at best volatile and at worst criminal).

Director Wilson (Streetlight Harmonies) intersperses the conversation with some terrific archival footage, at one point layering film of a young Brian directing the famous “Wrecking Crew” of studio musicians alongside more recent footage of him onstage and in studio. It’s a wonderful juxtaposition that brings the film full circle, giving us both a warm and often moving look back with a fragile genius and an illuminating glimpse of the maestro in his element.