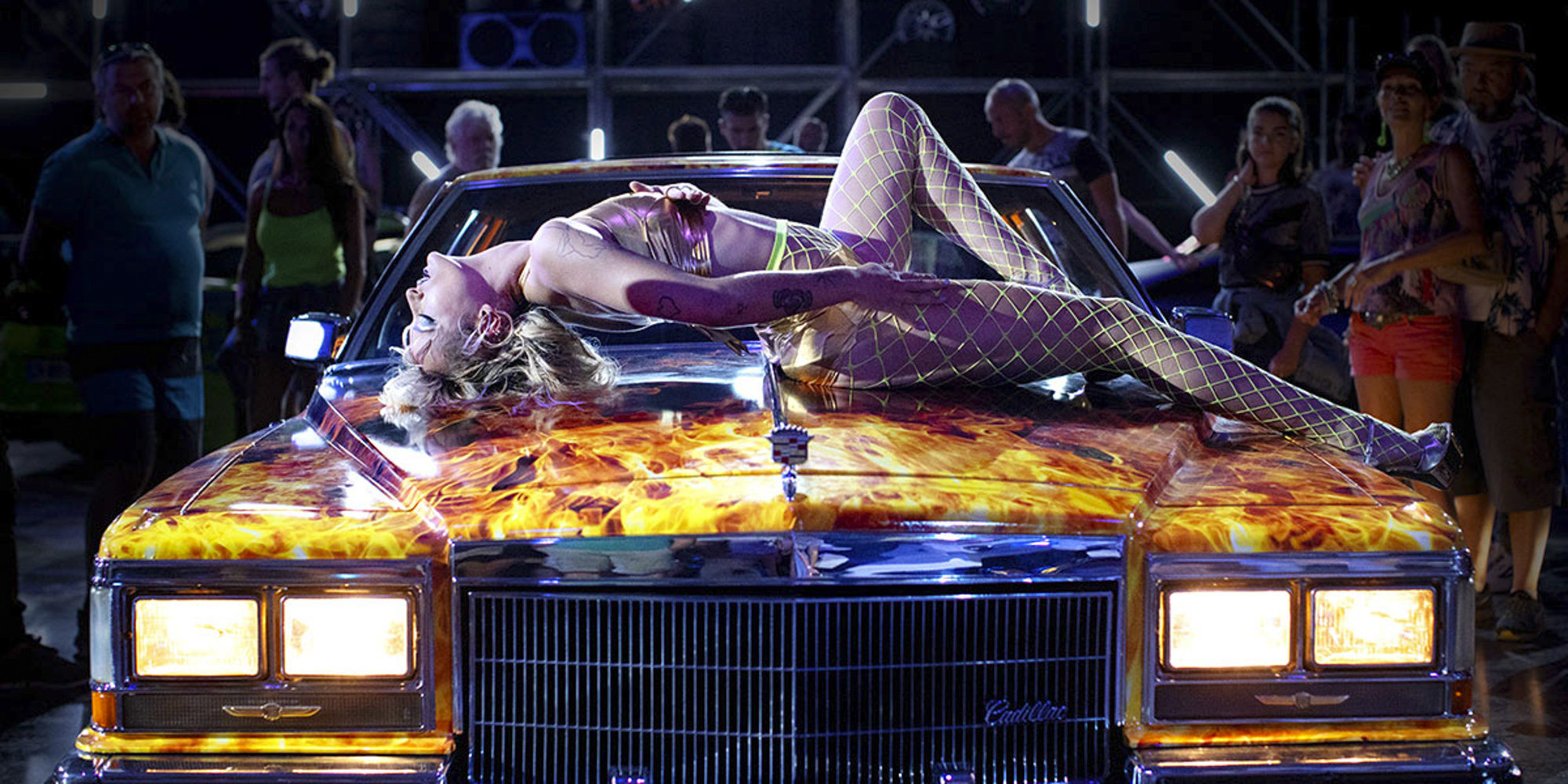 Big year! In fact, horror may have saved movies this year. That’s what lured people back to cinemas —A Quiet Place Part II, Candyman and other genre films. And even though we don’t entirely consider Last Night in Soho a horror film, Edgar Wright’s giddy take on giallo was a blast in the theater.

But horror also flooded streaming services, where you could find some of the most amazing bloody treasures in 2021: Jakob’s Wife and Fried Barry made you glad you had a Shudder subscription, and Double Walker proved true indie horror was alive and well.

It took some time to boil it down, but here are our 10 favorite horror films of 2021.

Julia Ducournau’s Palme d’Or-winning Titane is alive with alternating color palettes, pulsating sounds and endless shocks of body horrific visuals. The sudden bursts of violence are downright pedestrian alongside the parade of boldly squirm-inducing clashes of flesh, bone and other.

But as she did with her first feature, Raw, Ducournau finds humanity clawing out from the inhumane. Truly unforgettable performances from Vincent Lindon and Agathe Russell provide intimate examples of the extremes that even the most damaged souls are capable of in the search to care and be cared for.

This is how writer/director Damian Mc Carthy opens Caveat and I am in. An expertly woven tapestry of ambiguity, lies and misunderstanding sink the story into a fog of mystery that never lets up. McCarthy unveils a real knack for nightmarish visuals, images that effortlessly conjure primal fears and subconscious revulsion.

His ensemble here works wonders together, each hitting the comedic beats in Kostanski’s script hard enough that the goretastic conclusion feels downright cheery. This movie could not be more fun.

The Retreat shows how satisfying it can be when cabin-in-the-woods horror is done well.

Director Pat Mills builds an air of dread and tension minus the usual gimmickry. Writer Alyson Richards pens a lean, mean, bloody survival thriller that boasts some welcome surprises and a smart social conscience. Realized via strong performances from Tommie-Amber Pirie and Sarah Allen, heroes Renee and Val’s relationship feels perfectly authentic, with a sexuality that’s never exploited by a leering camera. And while you may be reminded of 2018’s What Keeps You Alive, there is a critical difference.

There is no shortage of exhilarating, squirm-inducing and downright scary moments, but Krasinski instills it all with an impressive level of humanity. He gives the enterprise a welcome retro feel and his flair for visual storytelling has only strengthened since the last film.Paragraph

AQPII is lean, moves at a quick clip, thrills with impressive outdoor carnage sequences and yet commands that same level of tension in its nerve- janglingly quiet moments. Krasinski had a tough task trying to follow his 2018 blockbuster, one made even tougher now having to prove the sequel was worth saving for a theaters-only release. On both counts, we’d say he nailed it.

4. My Heart Can’t Beat Unless You Tell It To

This new Candyman is the most delicious brand of horror sequel. Thanks to the startling vision of director/co-writer Nia DaCosta and producer/co-writer Jordan Peele, it is a film that honors its roots but lives so vibrantly in the now that it makes you view the 1992 original from an urgent new angle.

DaCosta’s savvy storytelling is angry without being self-righteous. Great horror often holds a mirror to society, and DaCosta works mirrors into nearly every single scene in the film. Her grasp of the visual here is stunning—macabre, horrifying, and elegant. She takes cues from the art world her tale populates, unveiling truly artful bloodletting and framing sequences with grotesque but undeniable beauty. It’s hard to believe this is only her second feature.

By the time a brilliant coda of sadly familiar shadow puppet stories runs alongside the closing credits, there’s more than enough reason for horror fans to rejoice and…#telleveryone.

Ehle’s performance strikes a perfect image of casual cruelty, her scenes with the clearly delicate Maud a dance of curiosity and unkindness. Clark’s searching, desperate performance is chilling. Writer/director Rose Glass routinely frames her in ways to evoke the images of saints and martyrs, giving the film an eerie beauty, one that haunts rather than comforts.

Glass’s film treads the earth between mental illness and religious fervor, but its sights are on the horror of the broken-hearted and lonesome.