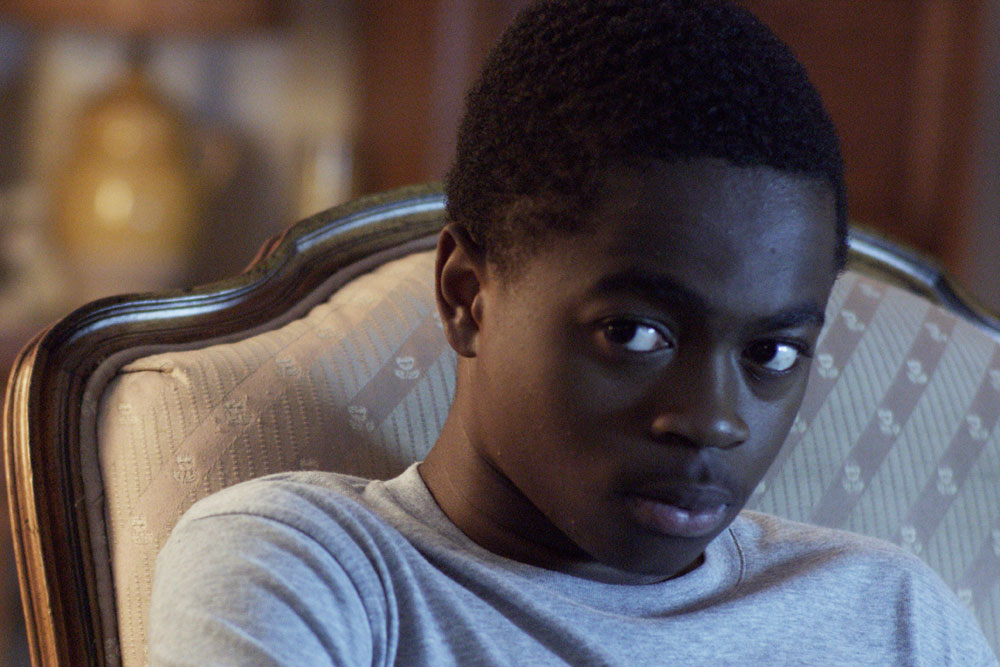 So, it would seem, does writer/director Michael O’Shea, whose confident feature debut shows us the relationship between the folklore and the life of a forlorn high school outcast.

The film opens in a public men’s room. A man washing his hands overhears what he believes to be a sex act underway in a nearby stall. In fact, Milo is sucking the life out of a middle aged business man, then pocketing his cash and heading silently back to the rundown NY apartment he shares with his older brother.

All this changes when Milo meets Sophie (Chloe Levine), another outsider and the only white face in Milo’s building. The two strike up a friendship and sweet courtship, despite the fact that Sophie prefers the glittery Twilight saga, while Milo’s interests (like, presumably, O’Shea’s) are more “realistic.”

So does Milo. It’s a way the filmmaker authenticates the teen’s self-determined transformation. Inside and out, the film draws on the best in vampire cinema to help Milo deal with a world in which he is a freak no matter what he decides to do.

A profound loneliness haunts this film, and the believably awkward behavior of both Ruffin and Levine is as charming as it is heartbreaking.

Ruffin’s performance borders on impenetrable, which often works in the film’s favor, but as often does not. His big eyes and expressionless face depict a lost soul, his demeanor simultaneously sympathetic and menacing. But there’s too little arc.