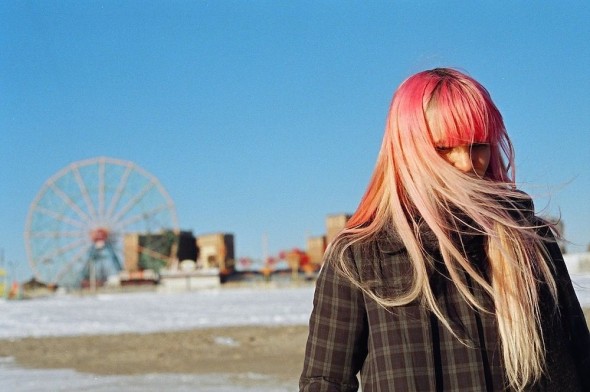 Director Jenny Gage’s documentary offers its audience an unflinching look at the behavior of American teenagers.

Gage spent three years following a few girls in Brooklyn, including Lena, Ginger, Dusty and Sage. On the cusp of leaving high school for college, the girls are in some ways remarkably mature and in other ways, still very much children.

They snipe at each other over shared memories, bicker with their parents, and talk to each other about boys, school and the future. As the girls enter their first years in college, they mature in leaps and bounds. Their friendships deepen, they enter into relationships, and they can talk about themselves with insight that many adults lack.

They also have parties – with alcohol and a lack of parents – that those of us who are older likely recognize from our own high school days.

At one point, Lena talks of “hooking up” with a boy in her room during a party, though her definition of hooking up seems to be restricted to kissing. It’s the kind of naivety that is touching to see.

As they age, the parties have more alcohol, drugs come into play, and “hook ups” mean sex. It sometimes feels that kids these days grow up too fast, but the reality, as seen through the camera’s lens, seems a lot like it always has been: kids have the same hopes, fears, and goals that they’ve always had.

Watching All This Panic is like reading a diary. The girls are open, raw, and familiar. The film is crafted so it feels that the young women are speaking directly to you. You are on this path with them: a friend and confidant. It’s a technique that works well, and Gage knows how to draw the audience into this world.

← Milo and Orlok
What About Above Her Neck? →
Scroll Up