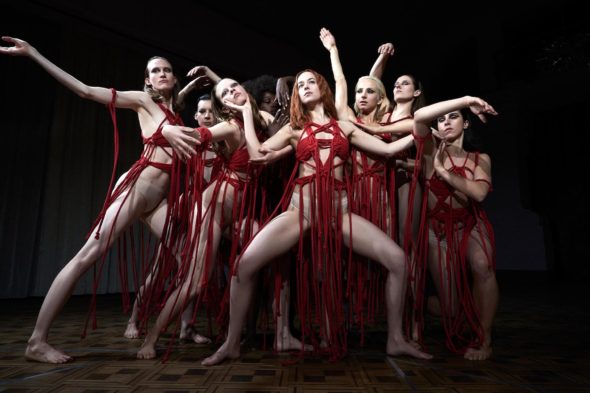 Was 2018 the lamentable year in horror that some dumbasses suggest? No! There was a wild and impressive range in independent horror and blockbuster stuff, gore and comedy, psychological scares and slashers. It was a really fun year to look back on, as we do today to rank the best in horror the year had to offer. Join us, won’t you?

David Bruckner has entertained us with some of the best shorts in horror today, including work from V/H/S, Southbound, and one of our favorites, The Signal. Directing his feature debut in The Ritual, Bruckner takes what feels familiar, roots it in genuine human emotion, takes a wild left turn and delivers the scares.

Five friends decide to mourn a tragedy with a trip together into the woods. Grief is a tricky, personal, often ugly process and as they work through their feelings, their frustration quickly turns to fear as they lose themselves in a foreign forest where danger lurks.

The film works for a number of reasons, but its greatest triumph is in making the woods scary again. That environment has become such a profound cliché in horror that it is almost impossible to make it feel fresh, but there is an authenticity to the performances, the interaction among the characters, and the frustration and fear that grounds the horror. And then there is horror—intriguing, startling, genuinely frightening horror. Yay!

Sawyer Valentini (Claire Foy—brittle, unlikeable and amazing) is living your worst nightmare. After moving 400 miles to escape her stalker, she begins seeing him everywhere. She visits an insurance-approved therapist in a nearby clinic and quickly finds herself being held involuntarily for 24 hours.

After punching an orderly she mistakes for her stalker, that 24 hours turns into one week. And now she’s convinced that the new orderly George is, in fact, her stalker David (Joshua Leonard—cloying, terrifying perfection).

After laying bare some terrifying facts about our privatized mental health industry, Steven Soderbergh structures this critique with a somewhat traditional is-she-or-isn’t-she-crazy storyline. Anyone who watches much horror will recognize that uneasy line: you may be here against your will, but that doesn’t mean you shouldn’t be here.

He relies on familiar tropes to say something relevant and in doing so creates a tidy, satisfying thriller.

I brought you into this world, I can take you out of it.

It’s a joke, of course, an idle threat. Right?

Maybe so, but deep down, it does speak to the unspeakable tumult of emotions and desires that come with parenting. Wisely, a humorous tumult is exactly the approach writer/director Brian Taylor brings to his horror comedy Mom and Dad.

Why do you want to see it? Because of the unhinged Nicolas Cage. Not just any Nic Cage—the kind who can convincingly sing the Hokey Pokey while demolishing furniture with a sledge hammer.

Perhaps you don’t know this, but Nazi zombies have a horror genre unto themselves: Shock Waves, Zombie Lake, Dead Snow, Dead Snow 2, Blood Creek. Well, there’s a new Nazi Zombie Sheriff in town, and he is effing glorious.

Overlord drops us into enemy territory on D-Day. One rag tag group of American soldiers needs to disable the radio tower the Nazis have set up on top of a rural French church, disabling Nazi communications and allowing our guys to land safely.

David Gordon Green’s direct sequel is, above all things, a mash note to the original. Visual odes continually call back to Carpenter, often in ways that allude to an intriguing about-face the film is leading to.

Damn. John Krasinski. That big, tall guy, kind of doughy-faced? Married to Emily Blunt? Dude can direct the shit out of a horror movie.

Krasinski plays the patriarch of a close-knit family trying to survive the post-alien-invasion apocalypse by staying really, really quiet. The beasts use sound to hunt, but the family is prepared. The cast, anchored by Krasinski’s on-and-off-screen wife Emily Blunt is amazing. That you may expect.

Like Cosmatos’s 2010 debut Beyond the Black Rainbow, Mandy is both formally daring and wildly borrowed. While Black Rainbow, also set in 1983, shines with the antiseptic aesthetic of Cronenberg or Kubrick, Mandy feels more like something snatched from a Dio album cover.

Cosmatos blends ingredients from decades-spanning indie horror into a stew that tastes like nothing else.

Luca Guadagnino continues to be a master film craftsman. Much as he draped Call Me by Your Name in waves of dreamy romance, here he establishes a consistent mood of nightmarish goth. Macabre visions dart in and out like a video that will kill you in 7 days while sudden, extreme zooms, precise sound design and a vivid score from Thom Yorke help cement the homage to another era.

But even when this new Suspiria—a “cover version” of Dario Argento’s 1974 gaillo classic—is tipping its hat, Guadagnino leaves no doubt he is making his own confident statement. The color scheme is intentionally muted, and you’ll find no men in this dance troupe, serving immediate notice that superficialities are not the endgame here.

← Voices of Experience
Study What You Missed →
Scroll Up