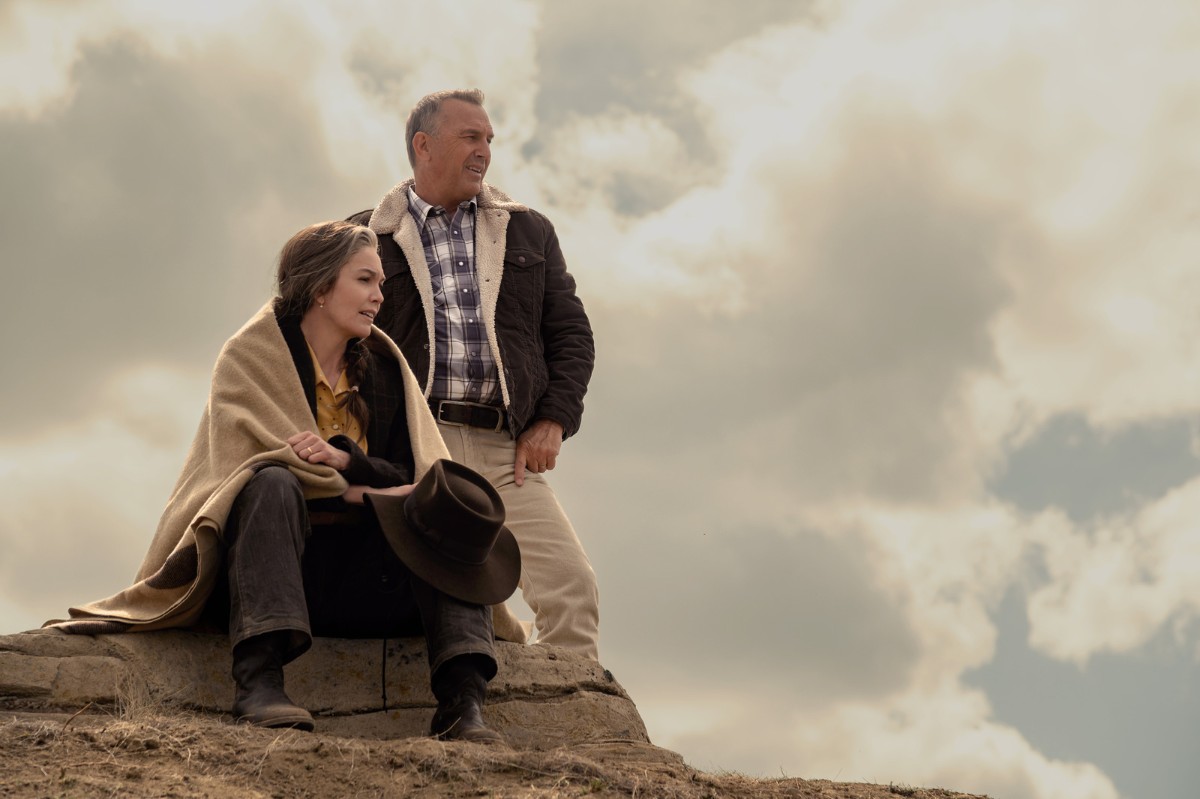 It feels like Kevin Costner and Diane Lane have made ten movies together, doesn’t it? They haven’t, but their low key and lived-in chemistry keeps you constantly invested in Let Him Go, a slow burning and effective revenge thriller aimed squarely at the older demos.

Costner and Lane are George and Margaret Blackledge, a retired Sheriff and his wife loving their status as grandparents to little Jimmy Blackledge in late 1950s Montana. The simple life turns tragic when their son James (Ryan Bruce) dies in an accident, and complicated when their daughter-in-law Lorna (Kayli Carter) marries the brooding Donnie Weboy (Will Brittain).

Donnie’s an abusive husband and stepfather, and without warning, takes Lorna and Jimmy back to his family in North Dakota.

George and Margaret decide to track them all down, finding out pretty quickly the Weboy clan don’t appreciate attention from strangers.

The flashpoint to this Western Gothic blood feud is matriarch Blanche Weboy, brought to scenery devouring life by the glorious Lesley Manville. Dragging on her cigarettes and demanding obedience, Blanche is quick to show the Blackledges how far she’ll go to keep Lorna and their grandson under her thumb.

Writer/director Thomas Bezucha builds the tension well, then uses Manville’s entrance as the natural catalyst for amped intensity. Adapting Larry Watson’s novel, Bezucha carves out the road to vengeance and redemption like a less nuanced Cormac McCarthy. This isn’t poetry, but that doesn’t mean it’s not primal and satisfying.

Costner’s in his comfort zone as a weathered country lawman, more invested and touching than he’s been in years. Lane grounds Margaret with a wounded but determined heart, stepping easily into the soul of the film.

After a tender kiss, a sixty-something husband telling a fifty-something wife, “Don’t start anything you can’t finish” could seem like a cheesy ad for Viagra. It doesn’t here, and that’s a testament to the authentic bonds of time, grief and love formed by Costner and Lane.

Even at nearly two hours, the secondary character development does feel slight, and some thematic possibilities of the Blackledge’s friendship with a young and wayward Native American (Booboo Stewart) are never quite fulfilled.

But Let Him Go is here for the adults at the ranch, with a solid American genre yarn full of few surprises, but plenty of bang for your buckaroo.

Have you ever noticed how adorable Browns fans are during pre-season every year? Every year! There is always reason for optimism.

That’s how I feel about filmmakers with the “haunted house attraction that’ll really kill you” premise. Year after year (The Houses October Built, 2014; 31, 2016; The Houses October Built 2, 2017; Hell Fest, 2018) somebody wheels out the stinky old corpse of an idea and says, “This year, we’ll get it right!”

The 2019 attempt belongs to writers/directors Scott Beck and Bryan Woods, who struck silent film gold last year with the screenplay for A Quiet Place. (In retrospect, maybe we didn’t give co-writer/director John Krasinski enough credit for that one.)

Haunt follows a handful of college students seeking thrills on Halloween. They stumble upon an isolated haunted house attraction—with not one single visitor. On Halloween night. Kids! Come on! Clearly it’s either the lamest thing on earth or it will kill you. This isn’t rocket science.

And yet, they give up their cell phones, sign some waivers and enter.

Katie Stevens is Harper, damaged but mainly wholesome brunette and center of gravity for the group. Will Brittain is Nathan, pre-requisite “will they or won’t they” nice fella who sees past Harper’s prickly exterior.

In truth, the actors playing the six gullible youths all perform above expectation and, mercifully, Beck and Woods choose not to subject us to the couple that just can’t keep their hands to themselves.

Made sensibly and economically, Haunt sticks to what it knows and focuses on what it came to do. Gaps in logic are few (they’re there, but they’re not distracting). One or two of the kills offer intrigue and the villains are, if not especially impressive, at least kind of fun.

It’s adequate. Unlike the Browns. The Browns are going all the way this year. No doubt. No doubt about it.