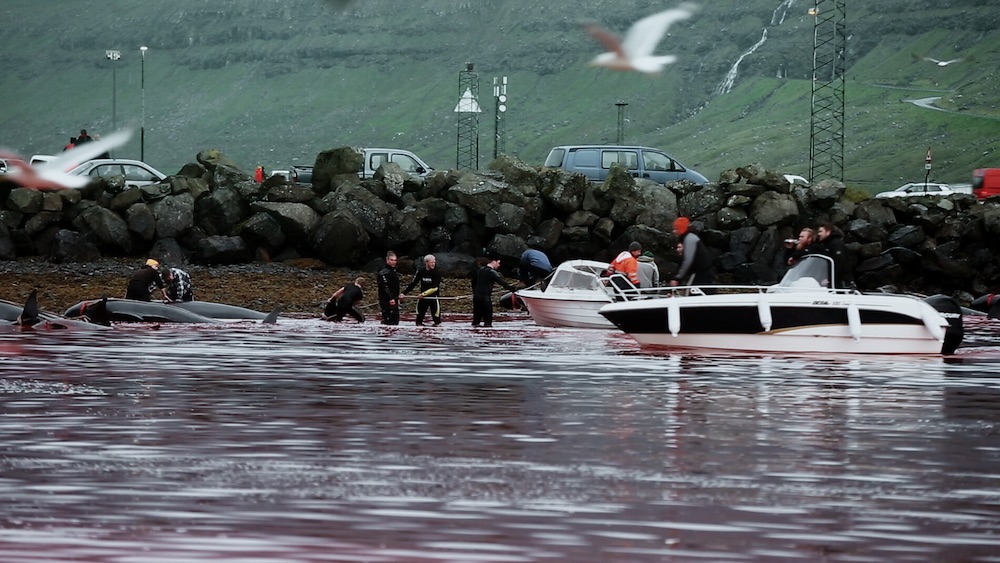 A Taste of Whale

Filmmaker Vincent Kelner knows you don’t want to see what he has for you.

But while his documentary A Taste of Whale doesn’t shy away from blood in the water, his ultimate goal lies beyond the killing grounds.

In his feature debut, Kelner takes us to Europe’s Faroe Islands, where every year some 700 pilot whales die in a traditional slaughter known to locals as the “Grind” (pronounced like “grinned”). Though the Faroes is a constituent country of Denmark, the people live under their own constitution, just one of the reasons many natives believe it’s a privilege to call the Faroes home.

And Kelner lets many Faroese defend the Grind with conviction, pointing to mischaracterizations and misunderstandings, while labeling visiting activists as “tourists.”

But there are some on the island that are willing to admit their hunting methods have strayed far beyond the traditional, and that maybe some of the protesters have a point.

Kelner does an admirable job tackling the issue from opposing sides, even drawing a subtle parallel between pragmatic approaches to behavioral change and recent pandemic mandates here at home.

But Kelner’s understated hand begins to apply more pressure once someone comments on the disconnect between not wanting to see things die, but still wanting to eat things that are dead.

If you turn away in horror at Kelner’s graphic footage from the Grind – and later, from slaughterhouses – A Taste of Whale stresses that this bloodshed will always exist “wherever you have meat for food.”

It is a bit of rope-a-dope from Kelner, but he wants you to be horrified. And when you are, he’s waiting to challenge your convictions with a lifestyle change that’s framed as the only logical choice.