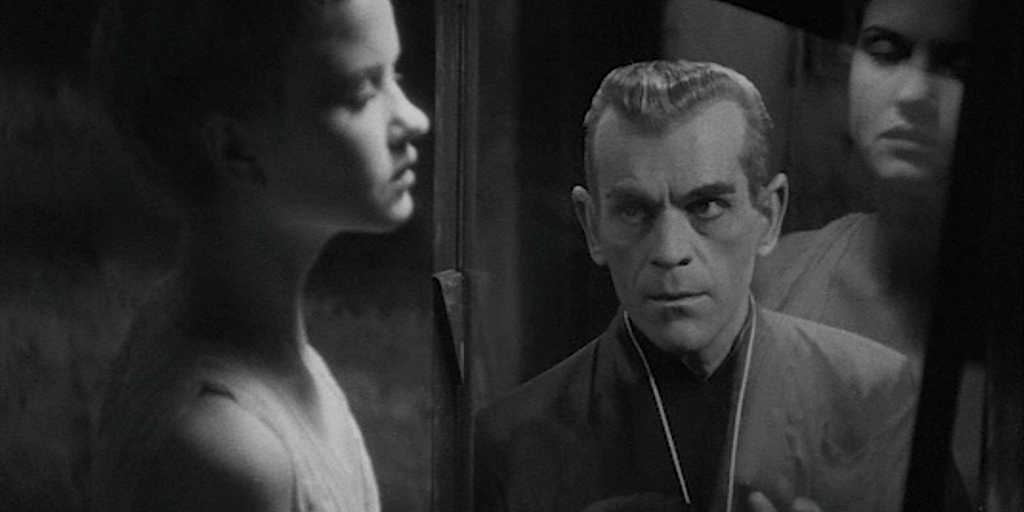 We dig deep into the history of horror to pay tribute to some of the true cinematic breakthroughs – films that defined horror and are still imitated and adored today.

Oh, Bela. When Lugosi took the screen in 1931, no one was yet tired of Dracula. It was still a literary property only made once into a film, albeit illegally and under a different title by F.W. Murnau. (If you haven’t seen the masterpiece that is Nosferatu, please do.)

Bela, alongside director Tod Browning, got to create the image that would forever define the most mimicked, reworked, revamped – if you will – monster in cinema.

Plus Bela Lugosi and Boris Karloff?! What is not to love? It looks great, as does Karloff, whose lisp is put to the most glorious use. What a weird, weird movie. So good!

The well-groomed if aimless dreamer wanders with what appears to be a fishnet to a secluded little inn. But trouble’s afoot.

The great Carl Theodor Dreyer co-wrote and directed this gorgeous black and white fantasy. The painterly quality of Dreyer’s frames and the bizarre character behavior give the film a surreal atmosphere you can’t shake. His decision to limit dialog to a minimum and craft the movie with traditional silent film gimmicks benefitted the dreamscape atmosphere.

Well, that’s not for us to say. We suspect you may be a bad person, perhaps even a serial killer. Or maybe that’s Hope. What we can tell you for sure is that this film is unsettling, and the final, rainy act of vengeance is truly creepy to watch.

James Whale’s brilliant take on Mary Shelley’s novel looked at Frankenstein’s monster and saw the cruelty humanity was capable of committing. For him, the monster was the central and most interesting figure. Unlike Shelley’s antihero, Whale’s creature was utterly sympathetic, an oversized child unable to control himself, making him simultaneously innocent and dangerous.

Barons and aristocracy, the European setting – the film distrusts scientists and public officials as fools unable to reign in their own ambitions no matter the dire consequences.

Four years later, James Whale and Boris Karloff – with tag along make-up man Jack Pierce – returned to Castle Frankenstein for another tale of horror. What makes this one a stronger picture is the dark humor and subversive attitude, mostly animated by Frankenstein’s colleague Dr. Pretorius (Ernest Thesiger). 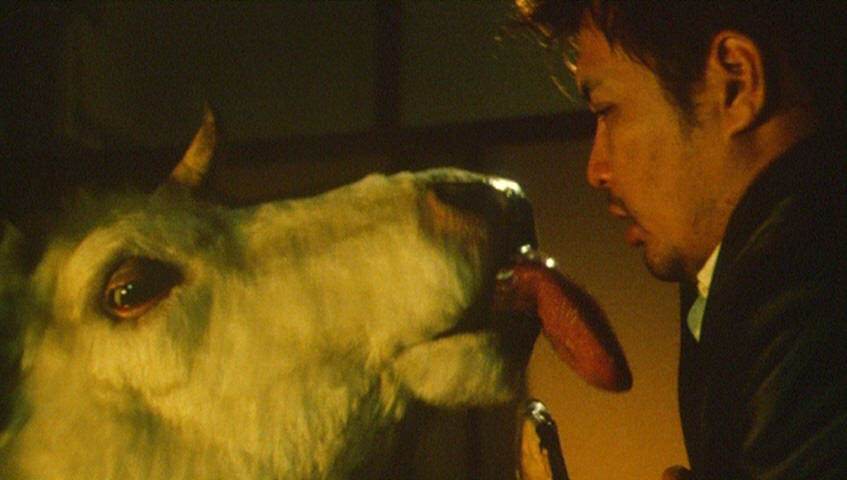 Everybody’s first experience with horror is a nightmare – their own bad dreams. Surreal horror manages to recreate the anxiety, confusion and dreamlike quality of those nightmares.

In fact, it’s such fertile ground for horror that there are dozens of excellent possible films to celebrate – beginning with Bunuel and Dali’s 1929 head trip Un Chien Andelou to Bergman’s 1968 film Hour of the Wolf, Shin’ya Tsukamoto’s fantastical 1989 fantasy Tetsuo, the Iron Man to Turkey’s latest foray into the genre, Can Evrenol’s 2015 head trip Baskin. All of these films are required viewing for horror fans, but something had to be set aside.

So, here you have it: our pick of the five best surreal horror films.

The well-groomed Allen Grey (Julian West) is an aimless dreamer preoccupied by tales of the supernatural. He wanders thusly, with what appears to be a fish net, to a secluded little inn. But trouble’s afoot.

Early in Vampyr, Grey receives a package from a weary looking man. The package says, “To be opened upon my death.” It appears that Grey has stumbled into a deadly mystery with nothing to help him puzzle out the details except that needless fish net.

The great Carl Theodor Dreyer co-wrote and directed this gorgeous black and white fantasy. The painterly quality of Dreyer’s frames and the bizarre character behavior give the film a surreal atmosphere you can’t shake. His decision to limit dialog to a minimum and craft the film with traditional silent film gimmicks benefitted the dreamscape atmosphere.

As Grey wanders through this picturesque nightmare realm, the film becomes almost drunk with weirdness. Dreyer captures the gorgeous terror of a dream more perfectly than any other filmmaker, in a movie that is never predictable, always a bit surreal and spooky.

Andrzej Zulawski – writer/director/Czech – created this wild ride with doppelgangers, private investigators, ominous government (or are they?) agencies, and curious sexual appetites. It’s more precisely fantasy than horror, but it strikes me as David Cronenberg meets David Lynch, which is a pairing we can get behind.

Mark (Sam Neill) and Anna’s (a fearless Isabelle Adjani) relationship boasts an intentional artificiality – a queasying sexuality – that makes it hard to root for either of them as their marriage deteriorates. Anna, it seems, is in love with someone else. Is it the sexually open – really, really open – Heinrich? Is it a bloody, mollusk-like monster? Is Mark boning Anna’s mean friend with a cast on her leg? Does Bob’s kindergarten teacher bear an unreasonable resemblance to Anna? Is anyone caring properly for Bob?

The first of Polanski’s brilliant “apartment trilogy,” Repulsion takes on its protagonist’s point of view. As Carol (an utterly amazing Catherine Deneuve) spirals into a hallucinogenic stupor of violence and paranoia, Polanski wisely decided to occupy that same headspace, rather than observing it as an outsider.

It gives the film its surreal feel, developed partly by the wonderful camera work of Gilbert Taylor, who uses the black and white necessitated by the budget to wondrous, shadowy, menacing effect.

Though the marketing for the film promoted a virgin’s hysteria, close attention to the film suggests something far more sinister beneath Catherine’s breakdown. Is it ironic that Roman Polanski of all people is able to articulate the mental and emotional chasm left by a likely sexual assault? Why yes, yes it is, but God help me, he does it well.