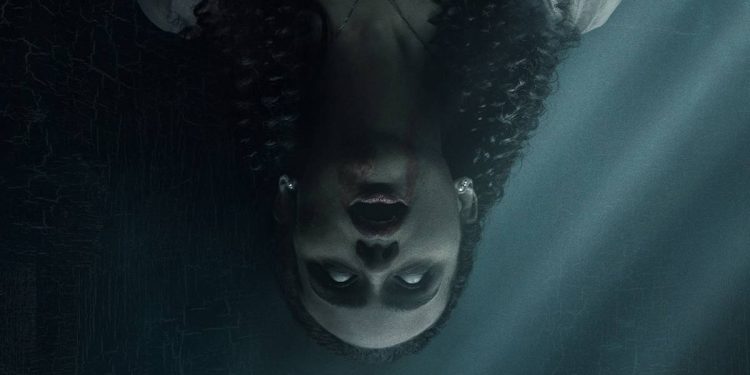 If you thought Get Out was too nuanced, Ready or Not too wickedly funny, and what they both needed was some trusty Twilight obviousness, The Invitation is waiting for you.

Nathalie Emmanuel (Some Furious films, Game of Thrones) stars as Evie, a struggling art student in NYC who takes a DNA test and finds she has some new kin overseas.

Evie lost her dad when she was just a teen, and is still hurting from her mother’s recent passing only months ago, so this news lifts her spirits enough to accept a free trip to London for a lavish new-family wedding.

The country estate reeks of wealth, and Walter, the Lord of the Manor (Thomas Doherty) is handsome and charming. Flirtations help distract Evie from the ghostly apparitions, bumps in the night, and blood sucking.

Everyone’s very interested in Evie, giving little thought to the bride and groom who seem nowhere to be found.

Director and co-writer Jessica M. Thompson borrows liberally from better films while leaning on tired devices such as red herring jump scares, waking from a nightmare, and handy clues that are nice enough to present themselves right when you need them.

But even those clues seem subtle next to the contrived exposition that takes liberties with vampire lore while it telegraphs the get out of jail free card that Thompson and co-writer Blair Butler (the dreadful Hell Fest) have for Evie. And by that time, all the character names taken from Stoker feel less like homages and more like desperation.

This invite promises only bargain-priced goth, watered-down frights and surface level commentary on classism and white privilege. The pivot from the Get Out setup to the Ready of Not revenge tour is much too long in coming, with a payoff that just isn’t worth the wait.

So wherever that bride and groom are, I bet they’re having more fun.