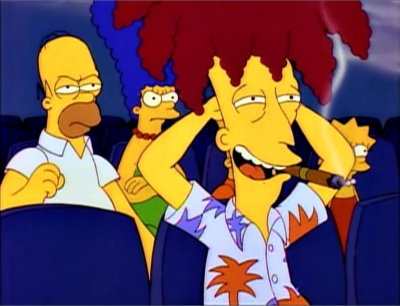 Thirty effing years. That’s insane. The Simpsons has become such a faded and well-worn thread in our cultural tapestry that it’s easy to forget how important it is. You could make the case, and many have, that it has featured the most consistently excellent writing in the history of series television.

And of course, any discussion of the show brings instant debate, from hipster-inspired cries of long-lost relevance to the nearly impossible attempt to rank the best episodes.

Okay, we won’t try to rank them, but we can come up with our 10 favorite episodes…

Homer joins the voice cast of Itchy & Scratchy, and what follows is not only hilarious, but a spot-on skewering of media pandering.

Quote: “My name’s Poochie-D and I rock the telly, I’m half Joe Camel and a third Fonzerelli. I’m the kung-fu hippie from gangsta city, I’m a rappin’ surfer…you the fool I pity.”

Quote” “Not once, not twice, but thrice!”

A new wonder drug gives Homer a full head of hair and he begins to climb the corporate ladder, with a big help from his new secretary Karl (a terrific Harvey Fierstein).

Quote:  “You are nature’s greatest miracle! Say it!”

The Shinning (from Treehouse of Horror V) 1995

The Simpsons take on Kubrick’s classic horror film and the results are perfect, right down to the picture of the tartan-clad lass hanging above Groundskeeper Willie’s bed.

Quote:  “No TV and no beer make Homer something something..”

When Bart and Lisa are away at Kamp Krusty, Homer and Marge are enjoying an ideal life..until Kent Brockman’s special report clues them into the erupting camper rebellion .

Quote:  “Are you tired of having your hands cut off by snowblowers?”

After the TV show Police Cops uses the name “Homer Simpson” for a fat, stupid detective, Homer changes his name. Taking inspiration from a hair dryer, he becomes to “Max Power” and begins getting new-found respect…so much so that he changes Marge’s name to “Hootie McBoob.” Classic.

A triumphant return for Sideshow Bob (Kelsey Grammar), as he resumes his quest to kill Bart. The Simpsons enter the witness protection program as “The Thompsons,” and a flawless parody of Cape Fear takes shape.

Quote: “I think he’s talking to you”

Two Dozen and One Greyhounds 1995

Bart and Lisa discover Mr. Burns’ plan to use the fur from a litter of Greyhound puppies for his wardrobe, which leads to Burns singing “See My Vest,” one of the nest songs in the entire series.

Reflecting the country music boom that was exploding at the time, Homer becomes the manager to struggling country singer Lurleen Lumpkin (Beverly D’Angelo). An endlessly quoteable (and singable) episode.

Quote: “As much as I hate that man right now, you gotta love that suit”

Honorable Mention:  RV Salesman in The Call of the Simpsons 1990

A satire of the Bigfoot TV specials of the time, this episode isn’t one of the best, but it contains one of our favorite segments ever seen on the show:  Albert Brooks as Bob the RV salesman.

Quote:  Homer, applying for credit:  “Is that a good siren, am I approved?”

Okay, we’re going to stop now before our top 10 list becomes a top 50…which episodes did we miss? 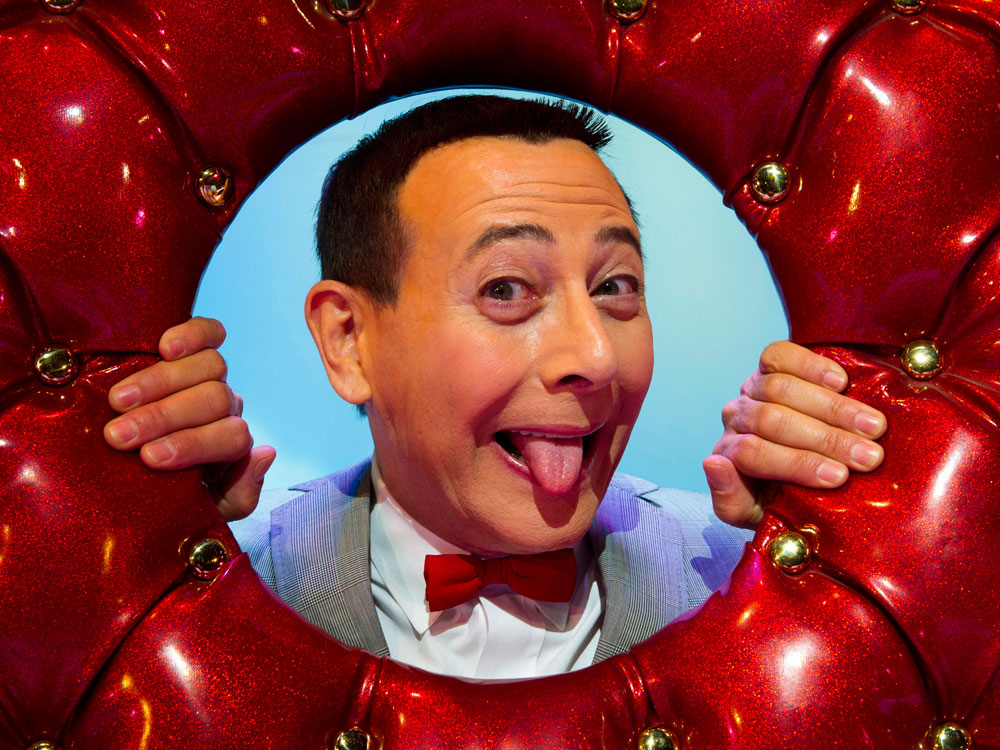 It is officially the season. For anyone looking to stuff stockings, we’ve hand-crafted our own wish list.

Whether you pop an old school CD into a stocking or download the holiday happiness for your own festivities, this is an excellent way to funk up your yule.

The return of Sideshow Bob, Patty and Selma kidnap MacGyver, Homer swaps Marge on a reality show, Lisa tries to “My Fair Lady” Groundskeeper Willie – do we really need to go on? Hours of lunacy, and for George, an excellent way to kill time during the Maddens’ post-turkey naps.

Ten disks containing many of Kubrick’s greatest films from 1962 to 1999 –Dr. Strangelove, 2001, Full Metal Jacket, A Clockwork Orange, The Shining and others – as well as a few documentaries on the filmmaker, his influence on other directors, and the influence of his film A Clockwork Orange.

Painstakingly remastered and insanely hilarious, this complete set of the best kids’ show of all time will absolutely make someone – maybe your entire holiday gathering – happy. Full of glee, even.